Kim Wilde recently noticed recently how far the obsession of a fan can go in a ghastly way. When serial killer Joel Rifkin was arrested in America, his whole apartment was covered in pictures, newspaper cuttings and photographs of her.
Joel Rifkin is charged with murdering 17 prostitutes. Half of his victims were blonde and looked like Kim Wilde. Joel, who is photographer, became obsessed by Kim when he did a photo session with her in 1987. 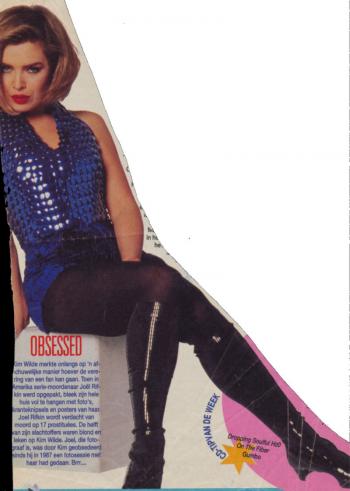