Ah, Kim was so happy to be back in Utrecht. That was a long time ago. Were any of us there? A few older fans stick their hand in the air, hoping that Kim will ask them about it. But Kim only laughs. She is so glad to see us again.
And that feeling is mutual. Even before the blonde star took to the stage, the enthusiastic crowd bursts into singing. It will happen more this evening. It almost makes Kim shy. She says: "It makes me feel so good when you do this to me".
Kim has gained a few pounds during the years, but she is still easy on the eyes. Tonight she is dressed in black leather pants, a black vest and a tight black t-shirt.
When Kim introduces 'Chequered love' with "Allright boys, let's rock 'n roll!", a girl comes to the stage with tulips. Kim doesn't notice it. During 'Living in Moscow' [sic] she gets a pink teddybear. And during Cambodia a letter and roses.Even during Love Blonde she still doesn't notice the tulips.
During 'Never trust a stranger' the chance may have come. Kim stands just in front of the girl, but still does not take the tulips. Disappointedly the girl throws the flowers on stage. Two songs later, the guitarist takes them and puts them on the stack of presents at the side of the stage. The girl has left the room by then.
For everyone else, this evening was a good one. There was a lot of singing and clapping along. Alas, everything ends. After 'Kids in America' Kim offers a daring encore in the form of Iggy Pop's pink anthem 'Real wild Child'. That's Kim: a real wild child. 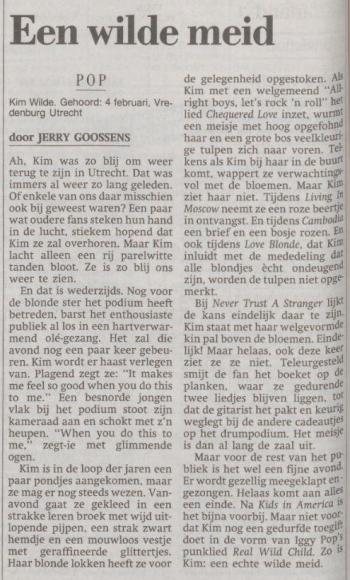 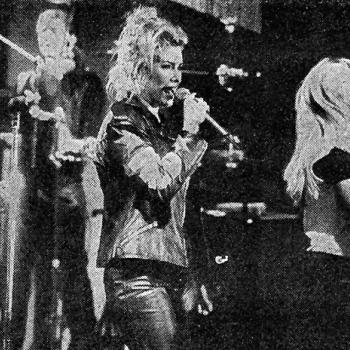 900 fans sang with Kim Wilde "We're the kids in Magdeburg" 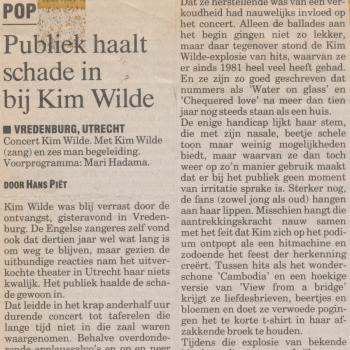 Audience makes up for lost time with Kim Wilde 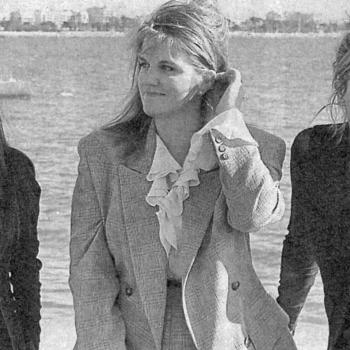 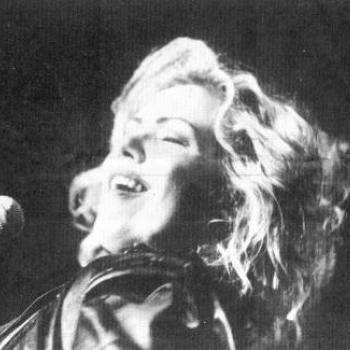 Kim Wilde: professionality above all 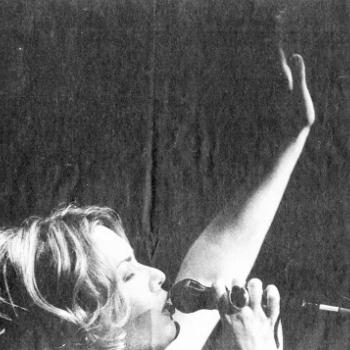