Kim Wilde is doing better than ever before. Recently she was in Denmark to receive a gold record for 40,000 sold CD's of her Greatest Hits album, which topped the Danish charts.
'All golden records mean something to me, also one from Denmark', says 33-year old Kim Wilde, who screams out for laughter as I ask her if it's her first. The happiness beams out of Kim: 'I must honestly admit that I'm doing better now than ever before. Ten years ago I hadn't time to live my youth, so now I'm an adult teenager who runs to parties when there's time for that', says Kim who is presently on a world tour. And for the first time she has both her mother, father and brohter with her.
'In the autumn when the tour is over, we may start working on a new record. My favorite track with myself? I don't really know, because they change all the time, but for the moment it's "You Came"', finishes Kim Wilde. 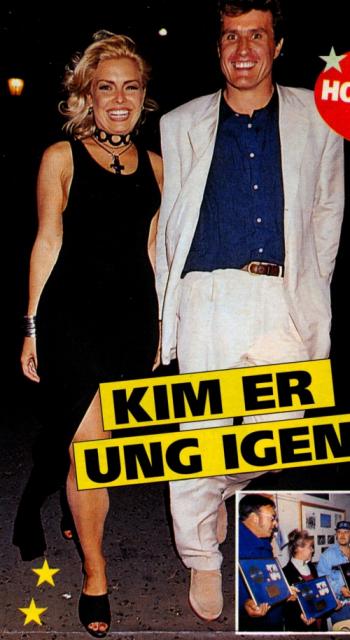 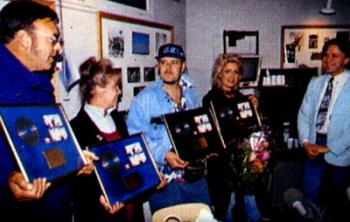