If you happen to meet Kim Wilde accidentally on the street, you will never recognize her. Simple blond chick with a hair tied up in a high tail, shades and a black suite ­ jacket and trousers. Only the provocatively big red lips hint that she is from the 'profession'. But I don't suggest you to check, as she doesn't stick at nothing... I manage to follow her to the BBC stand, where she has a meeting and steal a few minutes for a short conversation. I ask her of course about her image.

"My image has always been very important for me and my career. But it is only for the stage. In a casual day I don't like to bring myself into people's sight. And, as you see that I don't use any bodyguards".

I am interested why she decided to make a hit singles collection instead of writing a new album.
"I work for more than 13 years now and I constantly record new songs. I love writing new songs and record them, I love singing as well and probably soon I will record a new album, but before that I need to settle my accounts with the past. Therefore, I decided to gather the best from what has been released during the years, and this is how 'The Singles Collection' was made. The only thing that bothers me is if I have really taken the best or there is something else that needs to be drawn from the past".

What is it that she is doing at the moment?
"I am in the middle of my world tour now. I was in America, then in Australia. I am now looking forward to the Asian tour that I will do together with Mari Hamada. This girl is very shy and humble, but I really like her and she is also very popular in the region. Then I will tour Europe. I will sing in France for the first time since I toured with Michael Jackson in 1988".

Maybe afterwards there will be a time for the new album?
"It is too early to say. It must be a completely new thing. Of course, it won't be too different from what I used to make by now, but I would like to take a new direction. Maybe to get back to the past... I don't know. But it is definitely a time for a change. I need to say something new."

Have you thought about a movie career?
"Seriously? No! I have been filming lots of videoclips, of course, and I have been in touch with the so-called "actress job", but there I play myself and it is a lot easier. I had some offers to do TV series and movies, but I am still too much into music".

Unfortunately, the people she has the meeting with appear and I have to leave with a few pictures of the star as she is on the stage... 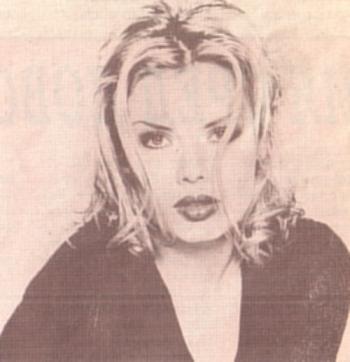