'I'm clearly going dancing after the concert tomorrow, but I don't know where yet. I've just arrived.'
Kim Wilde, 33, has finally discovered, that she in her striving to become a hit has neglected her youth.
'After my first single "Kids in America" topped the charts in 1981 I worked hard to follow up on the succes. When I then had a new hit, I worked even harder and when it went backward for me in the mid 80's, I just worked even more. Now where I've become older, I relax more and I've also found out it's important to go out and have fun. Even though my friends thinks it's pathetic that I'm going out like if I was 19.'

Kim Wilde arrived at Hotel Plaza in Copenhagen half an hour ago. Now we're on our way to Tivoli, where she'll give a concert tomorrow on Plænen - her first on a European tour, that apart from Copenhagen will bring her to 29 other cities in one month.
'I love it. My brother Ricky is also in the band, so it's going to be very cosy.'
Ricky, who has written the majority of the sisters songs, was a bit concerned with going along in the beginning. He thought one month was a long time to stay away from his two small
children. But he ended up with packing the suitcase anyway.
'It's the first time for many years that I'm the main name and am not just warm up for Michael Jackson or David Bowie. I think he should experience that people come to hear his music', says Kim sisterly.
Kim Wilde knows that she's most known for 'Kids In America' and 'Cambodia', but is happy about the fact that there are many very young people at her concerts.
'There are both people at my own age and 12-year olds, when we play. I can feel that the very young don't know my old songs, but it's great that their music taste is so varied that they don't
listen to hiphop all the time.'
We've now reached Plænen, and Kim spontanous breaks out 'wonderfull', while the Post Services Hornorchestra, or something that looks like it, plays in front of the empty plain - it's overcast and Milan are about to beat Barcelona on TV.

'I wish we could play right now', says Kim jubilant. 'I love standing on a stage.'
That wasn't so four years ago when she played warm up for David Bowie in Idrætsparken.
'It was difficult. In part because I was younger and more nervous, in part because Bowie's and my audiences are not the same, but it was wonderful to be warm-up for Michael Jackson's audience. In those four months, I learned a lot.'
Well back at the hotel, the conversation gets more personal.

'Who is your boyfriend?'
'Noone. In fact, I've had a bunch, she says relaxed.' And then a bit more upset: 'Men are too troublesome.'

'Can it be because you are always travelling, I ask to try and defend my sex.'
'No. Men are stupid', says Kim even more upset.

Deeply wounded I get the conversation
turned to a more neutral subject - music.
'Will there be a new record?'
'I'm writing the songs at the moment. I hope it will come around the new year. It's going to be a hardcore dancerecord. The melodies will still be there, but it's going to be more hard pumped than what I've been doing before. Right now I love dance', says the 33-year old teenager and follows her rumbling stomach into the hotel's restaurant. 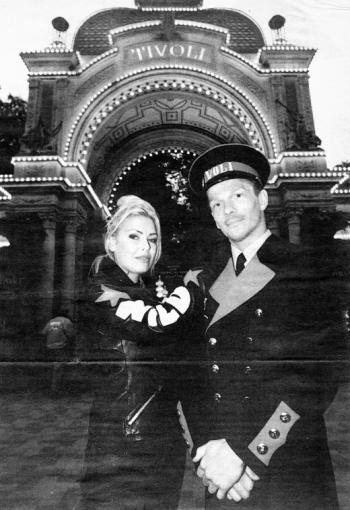 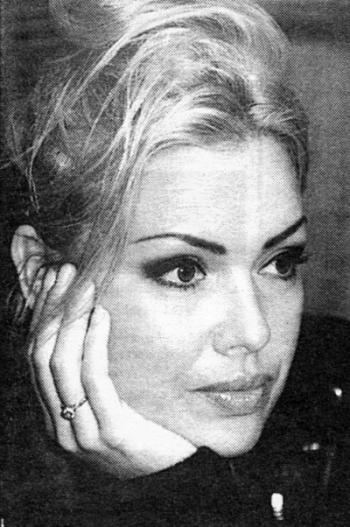