Kim Wilde, who had many teenagers fall in love with her as a sexy blonde vamp since she had her first hit in 1981, has accepted a role as a mother in a London musical. It's the famous rock opera 'Tommy' in which the 35 year old singer will play Mrs. Walker, the mother of pinball wizard Tommy, who will be played by Paul Keating. She thinks she's very well cast for the role herself: "I am well accustomed to handling children. All men are children, after all", she claims. 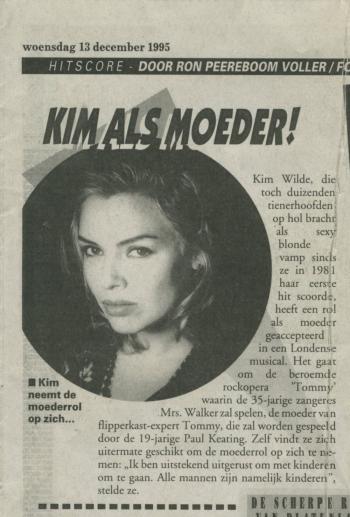