Kim Wilde has turned down a £250,000 deal to live and work in Australia because she loves Britain so much.
The singer, back with a new single Breakin' Away, says she nearly moved to Oz after touring there last year. But Kim, 34, reckons there's no place like home.
She explains: "My greatest hits album had just turned platinum there and I was offered attractive TV deals. I could have made a lot of money and I do love the place. But I just couldn't set up home there. I love the British. They're funny, solid, honest - and we're the greatest whingers in the world!" 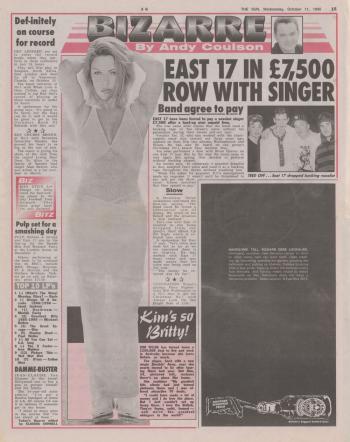