'Blondes have more fun' is an old proverb. Kim Wilde remembered this during the blind date with the WOM Journal, when she gave her opinions with good humour.

Astrid Gilberto - 'Agua de Beber' (from 'The Jobim Songbook')
But that's nothing new, right? As the voice of the singer and the male voices mingle, and then both sing an octave, unison, I really like that. This kind of singer, also the arrangement, reminds me very much of what Sade does. So she's got it from here! This is music for very specific occasions - for example for a cocktail party. It is refreshing to hear someone sing so clearly and pure simply a melody without much lots of noise around it.

Lisa Nilsson - 'Ticket To Heaven' (from the album 'Ticket To Heaven')
Oh, there's a lot of soulfeeling in the voice, I like that too. The song is quite okay, but the voice, which is special! I would be interested to hear the whole album. The arrangement I find quite own. I could imagine the song on a Tina Turner album, but it would be a more conventional arrangement to write.

Jeanne Moreau - 'Each Man Kills The Thing He Loves' (from the soundtrack 'Querelle')
What a mess! Really dreadful - so bad, that it almost is somehow good again. As if someone had just done it for fun. Reminds me a bit of Velvet Underground with Nco, but here is the mysterious charisma that Nico always had. The text, however, I find quite good. There is something true, love and hate are sometimes very close together. But the singer is singing about this serious subject, as if it were a picnic! What, that is Jeanne Moreau ?! Well, that's really the only one I forgive.

Marla Glen - 'Is not That A Shame' (from the album 'Love & Respect')
That's great! I like how that is orchestrated. The singer throws a lot of passion into it. She sounds like a man, I find her attitude quite macho. Nevertheless, there is passion in it. Live is a surely correct. The song itself is actually not so good, but the performance makes it!

Cher - 'Walking In Memphis' (from the album 'It's A Man's World')
I hate Cher! Here she ruins a really great song. The original version of Marc Cohn, which a few years ago also a pretty hit what, I found a thousand times better. When I saw Cher the last time, she advertised on some American shopping TV channel for a make-up series. Well, as an actress, she's all right, she's much more real than when she's singing. 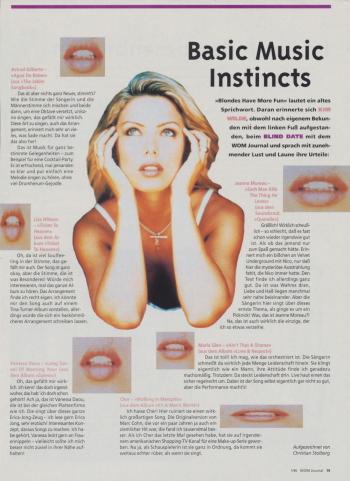 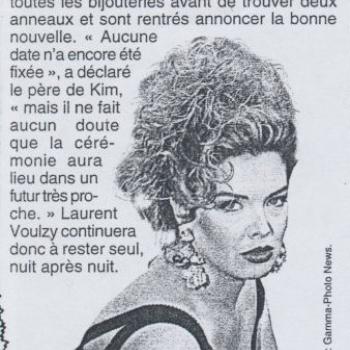