After a passionate romance of two months the decision of English rock singer Kim Wilde is made: she is getting married with Hal Fowler, her 28 year old co-star in the musical 'Tommy'. The ultimate seductive trick by Fowler was a romantic day out with a private jet to Calais. During lunch in the French harbour city Hal asked Kim to wed him. During the afternoon the couple went hunting for an engagement ring. With some trouble they found a jeweller's shop, that fortunately had a ring that fit Wilde's finger. She phoned the homefront enthusiastically, where her sister Roxanne received the news. Kim's father, the rock and roll star Marty (57), sees the two marry real soon. 'There is no date set yet but it won't take long'. Apparently the two have set their sights on a marriage in the late Summer. 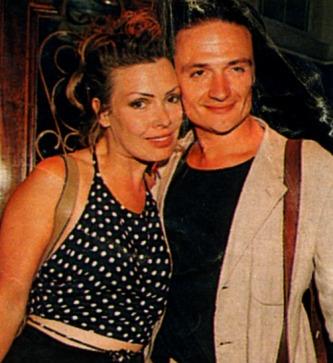