British pop star Kim Wilde, now converted to the other stages, theatre, decided to get hitched to Hal Fowler, her colleague in the musical Tommy, now showing in a West End theatre, the British Broadway. Sged 35, the ex-sex symbol, known for her music and the various love affairs she kspt with other ilustrious musicians, like singer Mick Hucknall - from Simply Red - met and fell in love in January, with her new 28 year-old boyfriend.
Early this month, and with no prejudice at all about the age difference, the couple really went ahead with the ceremony, that took place with all honours and traditions, from the traditional dress to the carriage, thar took the bride and her father, singer Marty Wilde. In the church, waited the groom, family and friends, and nearly 200 fans. As the female biological clock doesn´t stop ticking, Hal Fowler and Kim Wilde, who decided to spend their honey moon in Great Britain, are already thinking about having children. 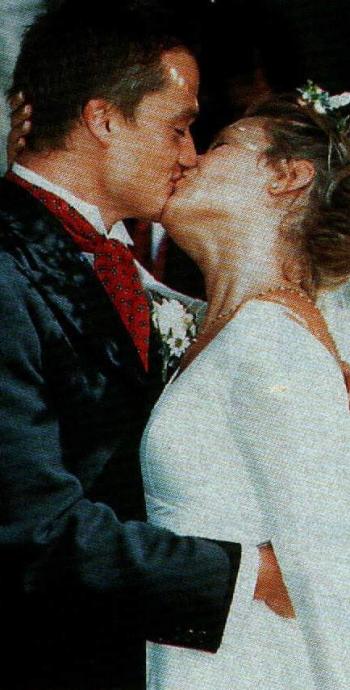 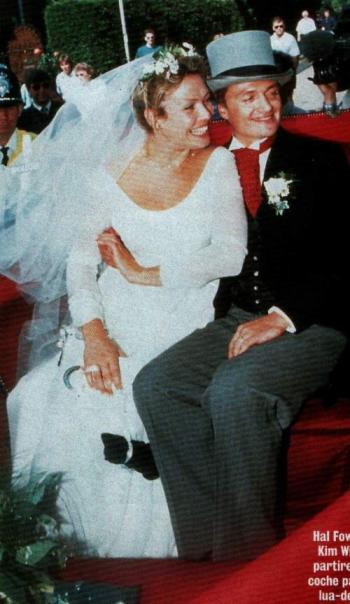