Prepare your ear drums as they are sure to be tested. In fact prepare all your senses, delights abound, strobe lighting, colourful pyrotechnics and the latest technical wizardry gives this musical the look of the latest state of the art rock video.
A star has been found in Paul Keating who plays the blind, deaf and dumb Tommy, the boy who beats the odds and finds solace in playing a pinball machine. His powerful white clad presence illuminates the stage, looking every inch the archetypal rock star with a voice to match. Kim Wilde is unfortunately miscast as Tommy's mother. Although looking the part she just didn't have the strength to compete with the thunderous music which at times drowned her out.
Pete Townshend's music and lyrics have stood the test of time since The Who first performed this rock opera in 1969 and Roger Daltrey immortalised Tommy in the film version. The haunting See Me, Feel Me is played intermittently throughout, usually accompanying the boy at different ages as he stands mesmerised by the mirror that dominates the entire stage with the younger Tommy ghoulishly staring back at him. The show is littered with stunning visual trickery. At one point we could see the whole audience reflected in a long mirror at the back of the stage while Tommy played to his fictitious audience with his back turned to the real thing. If it is an evening of impeccable prose you are after then you will be disappointed as the music is the dominating factor here and it just keeps coming and coming. On the other hand if you want to be entertained by a musical juggernaut this is a must. 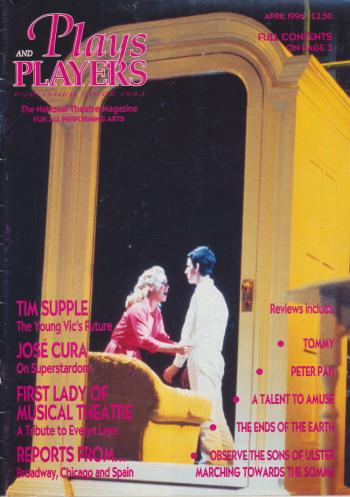 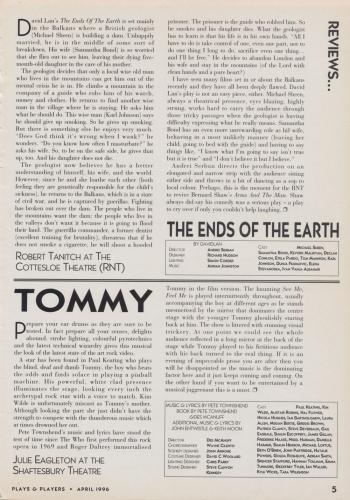