In her twinset and pearls Kim Wilde has jettisoned her raunchy image as pop music heroine to make her West End debut as an actress. The decibel levels will, however, remain about the same. The cosy new costume is for her role as Mum in the rock musical Tommy, which at last reaches its first night at the Shaftesbury Theatre tomorrow.

The word from the previews is that Ms Wilde acquits herself more than honourably and she is evidently enjoying her introduction to dramatic work. "I took to the show because I wanted to sing again on a regular basis and I'd been in love with the Tommy album all my life. But I've learned so much. I'm used to concerts where you have a two-way, high-energy relationship with the audience. I've had to learn how to distance myself from them and keep the character consistent."

The tall, statuesque, strawberry-blonde is commuting to her Hertfordshire home where she lives in close contact with the extended family gathered around her father, Marty Wilde. "I moved there five years ago, when I had a bit of a crisis. I'd become completely disillusioned with my career and wanted to find some sort of balance. I had been on tour with Michael Jackson. He's the biggest star in the world yet he was obviously unhappy and a total recluse. I thought if that's what mega-success does, I don't want it. So I reorganised my life. And Tommy is the best thing to have happened to me in a long while." 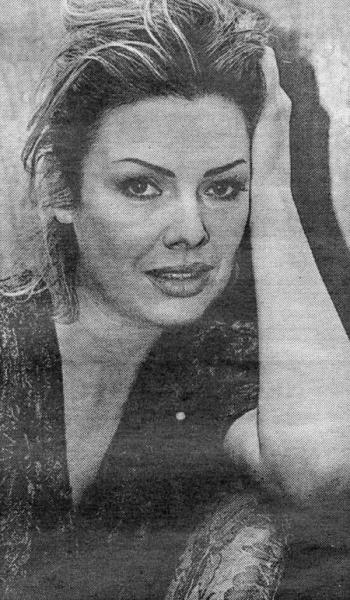