They are the new stars of television - the gardening experts who have made trowels trendy and herbaceous borders hip. Now, with the success of the voluptuous Charlie Dimmock and the ruggedly handsome Alan Titchmarsh, it seems everyone wants to get in on the act, including the latest recruit to ITV's gardening team, Eighties pop star Kim Wilde.

Even the titles of the programmes smack of the new-found cool of green fingers - Ground Force ,The Answer Lies In The Soil and Garden Doctors. But sexy gardening and the TV fad for instant makeoers - just roll out some turf and dig in a few plants and hey presto! - has proved too much for the former chairman of Gardeners' Question Time, Dr. Stefan Buczacki.

'I am frequently confronted by folk who are full of enthusiasm and good teeth but remarkably deficient in experience of horticulture', wrote the sage in The Garden, the journal of the Royal Horticultural Society. 'Real gardening is not about the quick fix and the makeover. It is about the measured, methodical craft of horticulture through the seasons', said the bow-tied Dr. Buczacki - who defected from BBC Radio 4 to Classic FM five years ago because he claimed Gardeners' Question Time was becoming 'too showbizzy'.

Some so-called experts, the good doctor revealed, rely for their knowledge on a shelf full of reference books rather than hard-earned experience of compost, cuttings and clematis. Some do not even have gardens at all, he fulminated. For the record, Dr Buczacki does know what he is talking about. He earned his doctorate at Oxford and is an honorary professor of plant pathology. The Mail on Sunday decided to take a through-the-keyhole look at the gardens of the experts - to judge their ability to practise what they preach.

Would their own purely personal efforts reflect the skilled advice they pass on to other? Were lawns carefully manicured? Roses deftly pruned and weeds routed? The results, from Charlie Dimmock's pot-strewn balcony to the carefully tended pathways of Alan Titchmarsh's Hampshire home, provide a fascinating insight into the scene the experts wake up to.

Alan Titchmarsh is so proud of his garden, Barleywood, that much of BBC's Gardeners' World is filmed there. Charlie Dimmock cheerfully admits she hasn't time to tend even her tiny terrace, but Miss Wilde, who will present her own show Better Gardens in the autumn, proved understandably reluctant to put her own plot to the test.

'Oh no!' she said when we asked for a guided tour. 'You'll have to coim back another time, by appointment.' With apologies to Dr. Buczacki, we imagine how he might judge television's best-known garden experts.

Kim Wilde, from pop to pots

According to her new employers, Kim Wilde has 'got everything... green fingers and glamour', and was headhunted from a horticultural college where she was the star pupil on a garden design course. Low maintenance raised beds are full of herbs and vegetables in her semi-formal kitchen garden at her converted barn in Hertfordshire, and a handsome weeping willow overhangs a rustic pond and wooden deck.

Kim has planted an orchard, which will take years to reach maturity. She also has a greenhouse, which suggests some familiarity with the rudiments of horticulture.

Charlie Dimmock, siren of the soil

Nobody could question the horticultural expertise of Ground Force's Charlie Dimmock but you'd never guess it from her garden, a rather scruffy terrace overlooking the River Test at her cottage in Romsey, Hampshire.

Busy Charlie limits herself to a few rather sad-looking pots and some leggy climbers - even her choice of plants is far from inspired. A straggly corkscrew hazel, a ragged spider plant, a few lonely strands of bamboo, some euphorbia and some desiccated ivy... and not a water feature in sight.

Neat edges, the carefully clipped and weed-free lawn and an immaculate summer house-cum-study are textbook components of a classic English country garden - but this one has a modern twist. Alan, who trained at the Royal Botanic Gardens, Kew, also favours more fashionable designs such as his pebble seaside feature planted with maritime grasses, sea pinks and spiky New Zealand flax, which he says looks bright and interesting even on the dullest winter's day. 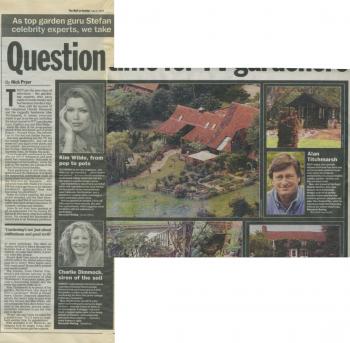 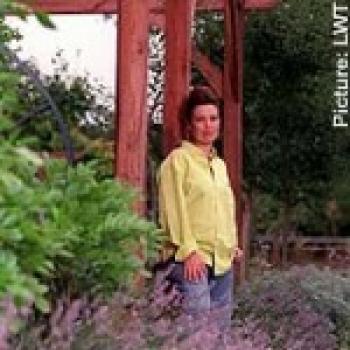 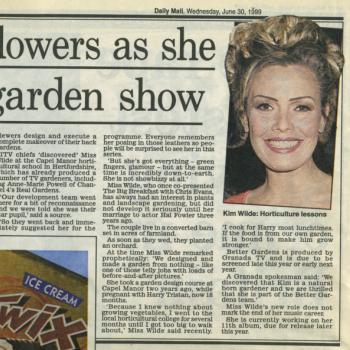 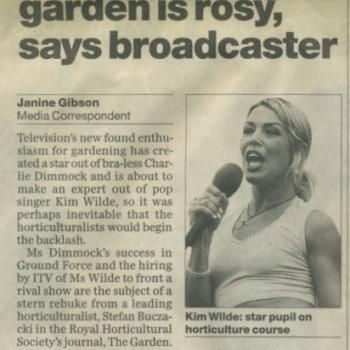 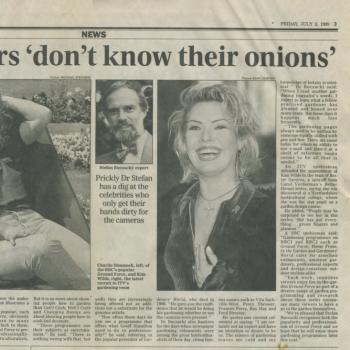 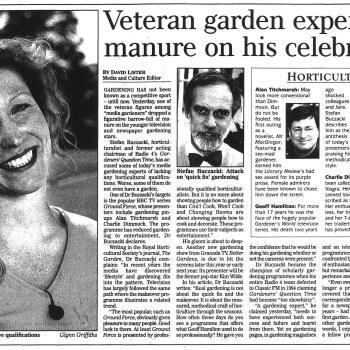