For Kim Wilde, life mirrors a fairy tale. In the '80s, she topped the international pop charts with her single Kids in America and life has been generous ever since. After a fruitful career in music, which saw her tour with Michael Jackson, Kim found personal happiness when she married husband Hal Fowler just five years ago, then gave birth to Harry, three, and Rose, one.
Having discovered domestic bliss in her home county of Hertfordshire, 40-year-old Kim decided to follow her heart and pursue a career in gardening. After a slot in Better Gardens, Kim now appears on Garden invaders and says she's found a sense of calm she never knew she had...

You've just become the spokesperson for Uvistat Sun Protection Cream. How did this come about?
I think they noticed I had become a gardening personality and was spending a lot of time outside. And they saw that I had fair skin and that I'd be someone who would wear suncream because I'm in the garden so much.

Why did the role appeal to you?
I love the product and it's easy to use. In fact, I use the Uvistat Activ-A SPF 15 Facial Moisturiser in the morning. I've got good skin already but I want to keep it that way.

Are you quite wary of Harry and Rose being exposed to the sun?
Absolutely, because they've got such delicate skin and they're outside all the time. They are used to it now - it's just like: "Oh, Mum's putting on the suncream again." I think they quite like it.

Your new career is a world away from your former one. Have you always been interested in gardening?
I was brought up in the country and then I moved to London to pursue my career. But I always wanted to get back to my roots. I actually did it when I was about 30, even though my music career was continuing. I found that the garden was my therapy and then it became a passion.

How did you put your passion into practice?
It came at a time when my whole lifestyle began to change - I got married, had children and then went back to college, where I started learning more about it. I also did some summer courses in garden design and planting. It has surprised me how much I'm obsessed with it. I'm quite a dangerous driver because I'm constantly looking at plants out of the window and if I can't name them I get very frustrated.

Which has been more fulfilling, your pop career or gardening?
I think it'll end up being my career now. These are the most fulfilling years of my life because of the children and being married. There's a peace I've found that I hadn't acquired until these came to be.

Does your husband, Hal, share your love of gardening?
He does. He's outside with me all the time.

And how have you designed your own garden?
It's divided into five sections. The end section is a wild-flower meadow, then there are vegetables, a herb garden and an English avenue of roses and geraniums.

Did you create the garden with Rose and Harry in mind?
We wanted it to be their wonderland to enjoy - especially the vegetables. I wanted them to know where vegetables come from and to be able to help themselves.

And presumably Rose is named after the flower...
Yes! And we thought that if we have another daughter we could call her Poppy as a tribute to my pop career!

You once said you were more excited about meeting Alan Titchmarsh than touring with Michael Jackson...
I've been watching Alan for years and was just chuffed to meet him. I have to admit I was very starstruck!

Life sounds pretty perfect for you at the moment...
It's wonderful. It was never a matter of me getting married and settling down. For me it was a question of getting married and then a volcano erupting - a whole new career and the children and running around doing the things that I do. I'm busier now than I've ever been. 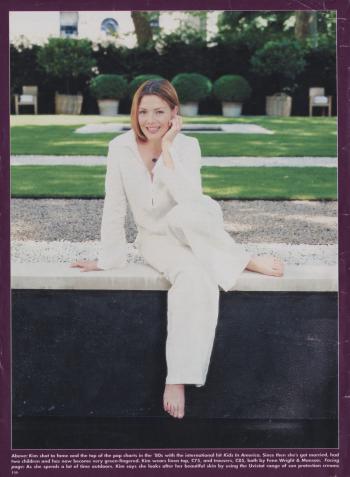 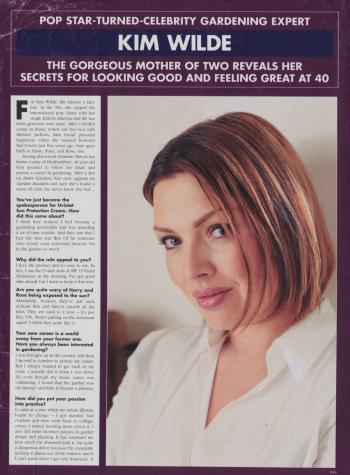 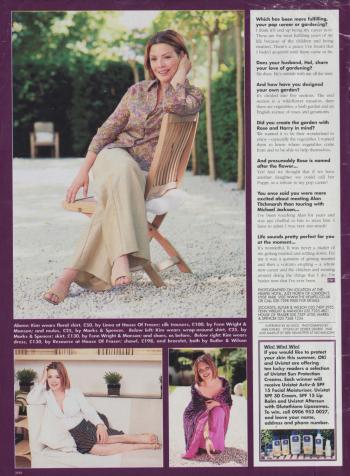