It happened in the end of 2001: a piece of hit history and a success phenomenon of today give one another a big hug! Never before did history and the present meet so intensively as when Evy Goffin (27/2/'81) from Lasgo stepped into the lodge of one of England's biggest pop sensations: showbiz veteran Kim Wilde (real name: Kim Fowler-Smith, 18/11/'60)!

1. Our Evy from Berchem and Kim Wilde from Hertfordshire have more in common that you might think! Exactly twenty years ago Kim rose as fast to stardom as Lasgo did the past few months! Blonde Kim had big hits with, amongst others, 'Kids in America', 'View from a bridge' and 'Cambodia'. And all those who compare Kims golden voice with Evy's, thinks they are very much alike! Evy: 'In a very well-known German magazine I was even called the new Kim. Of course I was very curious to meet her in person.'

2. Lasgo and Kim Wilde are both high in the chart! Evy: 'As a child I wanted to work as a butcher. But once I got a taste of singing, there was no way back! It was hard in the beginning. When I competed in the Belgian final of the Eurovision Song Contest I ended up being placed at the bottom of the heap. I wasn't about to get turned away and so this year I suddenly had more success!' Kim: 'I am experiencing a comeback almost against my will! Singing is now just a hobby for me. I am studying again, create and design gardens and take care of my family. But because there was a 'Greatest Hits'-compilation about to be released and the record company demanded to have an unreleased track, I quickly recorded 'Loved' in the studio of my brother Ricky. I still can't believe that the song caught as much attention as it did'

3. Exchanging CD's! Kim is hoping for Lasgo's breakthrough in England! Kim: 'I stopped following the chart long ago, but I can hear instantly that you lot are talented! Soon you can probably do a duet with my sister Marty [sic]. She is 20 years old, and lives with me at the moment, and is also preparing a singing career! Mark my words: my sister will be a huge star! I sometimes get angry with her, when she uses all my washing powder without telling me for instance, but I like seeing her a lot!'
Evy: 'What a coincidence: my sister Ellen will also sing! She will be one of the members of the new group Kids 4 Kids!'

4. Kim is treating Evy to Belgian pralines! Kim: 'Just for this it's great to come back to Belgium. I don't know if there will be a follow-up to 'Loved'. You know, I used to be as ambitious as Evy. I wanted to be at the top of the charts all of the time. But now there are other priorities in my life. The past few years I have travelled around the world, seen a lot. I didn't miss the business! I am truly happy being mrs. Hal Fowler, and have been for the past five years. And our two children, Harry and Rose, mean everything to me.' Evy: 'I also dream of having children, but the coming years Lasgo is my top priority!'

5. Evy is as old now as Kim was when she became a success. Kim: 'I had to miss out on a lot, but I have still enjoyed every second! That's what Evy should do as well! No-one knows how long it will last, so enjoy it for as long as it does.' Evy: 'My biggest dream is to build up as much as Kim has. For artists such as Kim I have an enormous amount of admiration. Peter, David and me do everything to make Lasgo successful. When I meet a new star in twenty years who admires me, I will know that my goal has been reached!' 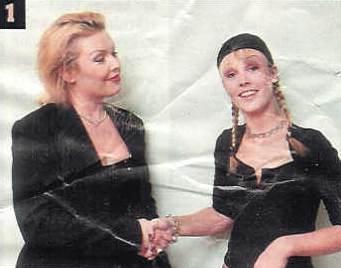 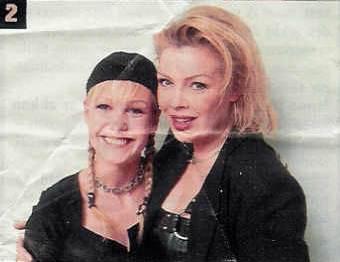 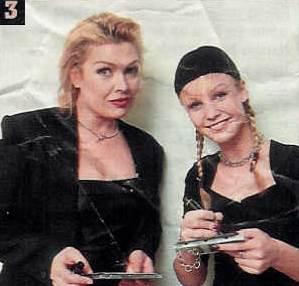 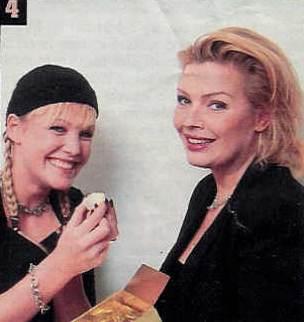 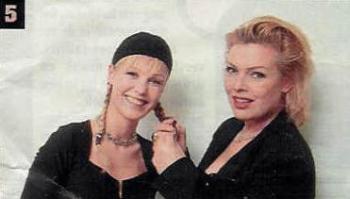