I have a climbing rose, 'New Dawn', which suffered in the drought and dropped leaves in August. I fed it and it has recovered slightly. Should I prune it hard now or will that affect next year's flowering?
Climbing roses flower on twiggy wood, which grows from the main framework of canes, so only if you take out one of the main canes, will you be cutting off next year's flowers. Repeat-flowering roses, such as 'New Dawn', are best pruned in winter, shortening the side-shoots down to around three buds from the main canes. A climbing rose should be allowed to reach the desired height, over two to three years, before being pruned. Train the principal canes horizontally to encourage flowering side shoots. Any dead, damaged or diseased wood should always be pruned out, plus any canes that have become unproductive, back to a junction with a young stem.

Can I grow agaves in my garden, or do I need a container? And which would you recommend?
The agave has been grown as an ornamental in Britain for hundreds of years, proving they can thrive in cooler climates. Drainage is the key to success, as the cold-tolerant species are used to dry mountain regions and will not put up with damp roots. Apply a thick layer of gravel at the bottom of the planting hole, with a layer also around the collar of the plant to protect from rot. Grow in well-drained, sandy soil in full sun (at an angle if possible, so water can drain away). Container growing makes it easier to provide perfect conditions, with crocks and multipurpose compost mixed with plenty of sand. Protect in winter by covering with plastic, but be sure to allow good air movement (I know of someone who uses an umbrella). One of the most frost-resistant agaves is A. neomexicana, with its blue/grey leaves. A. americana can reach 2m outside. A. salmiana var. ferox is greener, more rain-tolerant and copes with temperatures as low as -15C. Stockists include Architectural Plants, 01243 545008 (architecturalplants.com). 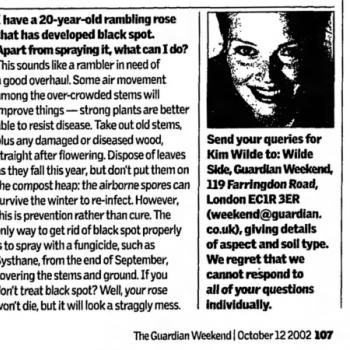 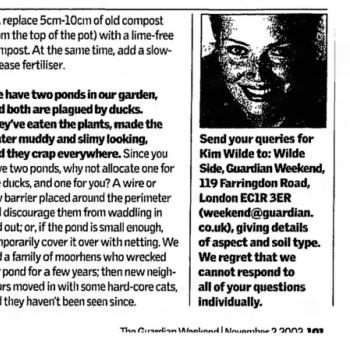 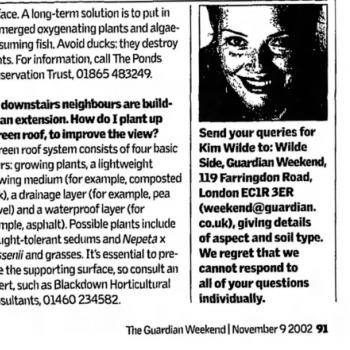 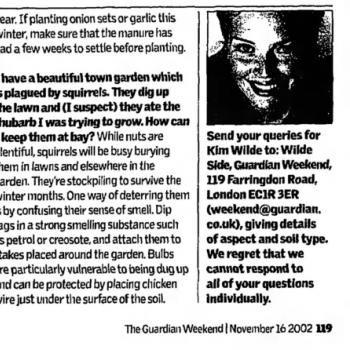 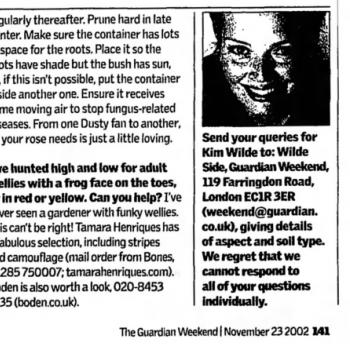