Say the name Kim Wilde and you'll probably start humming Kids in America or You keep me hanging on. In the early '80s, Kim's edgy style and sultry performance had people comparing her to Blondie's Debbie Harry, and though many of her pop compatriots from that decade have fallen by the wayside, Kim's trademark sound has stood the test of time.
Despite huge solo success across the globe, KIm, 43, made the choice to leave pop stardom behind in favour of spending more time in the garden. Her green thumb has earned her critical acclaim and she has been a guest garden designer on shows such as Better Gardens and The Joy of Gardening. But her favourite role to date is that of mother to Rose, four, and Harry, seven, and as wife to her actor husband Hal Fowler. In the beautiful surrounding of her impressive home, a 400-year-old converted barn in Hertfordshire, Kim talks about her passion for gardening, her '80s image and why she can't wait to do the laundry!

Kim, gardening has become your new love. How did you get into it?
I suppose my interest in gardening started in earnest just after Hal and I were married. We didn't really have a garden so it was a completely blank canvas and something I decided to dabble in. We knew we wanted to start a family straight away and we knew we wanted the children to have a garden to play in.

What sort of things were you trying to create for the children?
I wanted a vegetable bed because I always thought it would be great for children to grow up planting and eating their own veggies. I wanted a garden of Eden, somewhere they could be inspired and fascinated and have adventures. By the time I came round to actually creating something I came to the conclusion that I knew absolutely nothing about it.

Is that when you went back to school?
Yes, I found it quite frustrating. I was pregnant with Harry so I took myself off to a local horticultural college and did a couple of summer courses, one in garden design and one in planting, and after that I was like a born-again Christian. Some people find religion - I found gardening! It hit me like a bolt out of the blue and I became fascinated, obsessed and enchanted.

How did you go from hobby gardening to TV expert?
I did think it was rather premature but I was head-hunted by Better Gardens. The offer came at a time when I didn't feel as though being a full-time pop startype was compatible with the plans Hal and I had for the future. Now I'm involved in all sorts of garden design projects up and down the country, I'm writing a children's gardening book and I'm a full-time, hands-on mum and gardener - and part-time '80s pop star!

What advice would you give to people who want to make the most of their garden?
There's nothing quite like actually physically doing it. Although that's what I did and then ultimately became thoroughly confused. I think armed with knowledge you're much better off. What's great is that you can access a mountain of information for free via the Internet or from library books. Or I'd suggest enrolling in short courses at local colleges, which is exactly what I did.

Is it true that you sometimes garden in nothing but knickers?
It's true. I look out into the garden first thing in the morning and I'll spot something I want to do, so rather than waste time I go as I am!

And is it true that even as a pop star you never felt sexy?
That's true. I think a lot of that was because I was in a career that, for me, was ultimately unsatisfying and I knew there had to be more to life than this pop star malarkey. I think feeling sexy is entirely psychological. I didn't have much confidence in my twenties and when I was 30 I spiralled down for a little while. But I gave myself a break and stopped putting myself under so much pressure. Although that felt irresponsible at the time, it's probably one of the best decisions I ever made. I did feel lonely for a while - what I really wanted was a family - and now I have one.

How do you feel being described as pop princess turned earth mother?
Well, I like the word princess and I like the word mother! I'm delighted with the past and how successful I was. I was very lucky to be able to live out my dreams and I'm extremely grateful. However, the mother part of me has been the most fulfilling. Prioritising my children and making them feel loved and needed and important is wonderful.

You've credited Hal as being the reason why you left your pop career behind...
It's because I fell in love with him. He really gave me the strength to have a fresh look at my life. I was 36 and I was able to look at my life differently from before. And Fowler is an anagram of Flower!

You're also an advocate of detox. What can people gain from it?
A profound difference in health - since I've been involved in detox, I haven't had one single cold and I'm not exaggerating when I say I was the cold queen! I was always suffering from some sort of complaint. It has really boosted my immune system.

You're a fan of the Michael Van Straten detox, aren't you?
Michael's detox is very easy and you can even do it while the kids are at home. You can take aspects from it and incorporate them into your life. I haven't done the detox for a few months but I still eat lots of organic food, drink lots of water and exercise. Again the gardens has been a help because I now make my own herbal teas and I'm a great believer in their benefits.

You're in partnership with Bold 2in1 with the launch of its lavender and camomile detergent. What attracted you to it?
It immediately struck a chord because I grow lots of lavender at home. I love the smell of it so much. It's a very powerful herb. It has well-known calming and soothing properties so it's great for children. Camomile is something else we grow a lot of because it gives off an absolutely amazing aroma. Having both those scents in a detergent is a lovely idea. For us, growing both of them, it supports the environment we've tried to make in our home. 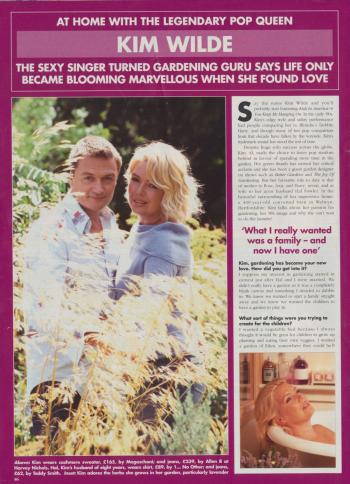 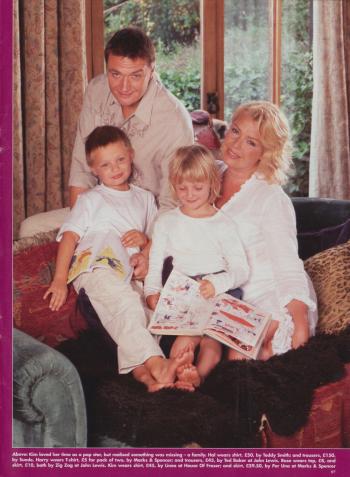 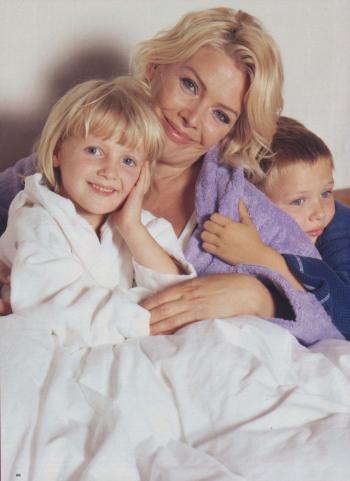 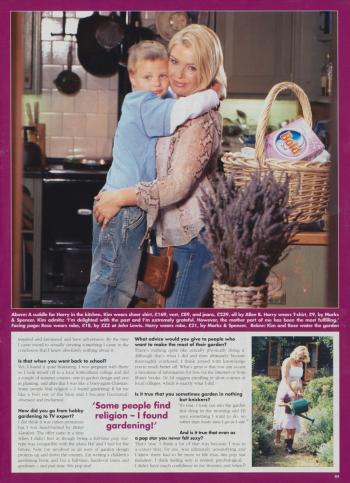 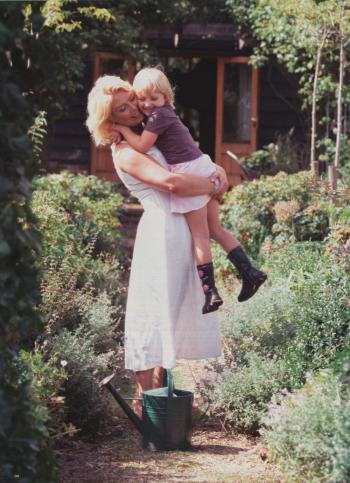 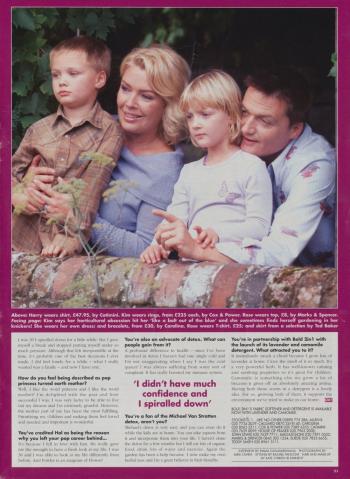