Anyone who thinks of Kim Wilde, will inevitably hum 'We're the Kids in America'. Kim was one of the most successful British export products in the Eighties. Music came to Kim on an early age: father Marty Wilde was a pop idol in the Fifties and mother Joyce was backing vocalist. In 1980 she records a demo together with her brother Ricky and is discovered by a producer. Her first single, 'Kids in America', becomes a megahit immmediately and will be covered lots of times (in 2004 by our own Kim-Lian van der Meij). The record is a family business: brother Ricky writes the lyrics and father Marty produces it. But Kim quickly evolves: after the hits 'Chequered Love' and 'Cambodia' she has sold more records than her father during his whole career. She swaps her 'girl next door' image for the image of a sexy babe, as seen in the video for 'Say you really want me'. In 1988 Kim has another big hit with 'Four letter word'. In the Nineties she retreats from the spotlights. She plays a role in the West End musical Tommy, where she meets her husband, actor Hal Fowler. These days Kim focuses on family life and her new love: gardening. At home and on TV. But her favourite role of all is being mother of her two children: Harry of six and Rose of four. But old habits die hard: last year she scored a big hit with a duet with Nena.

In het fourhundred year old house on the English countryside Kim Wilde talks about the love for gardening, her Eighties image and the benefits of herbal tea.

Kim (43) lives with her family in a stunning house: a four hundred year old, renovated barn in Welwyn, Hertfordshire. It's near this house, where Kim first uses her spade and rake. Kim: "After Hal and I got married, we wanted to raise a family as quickly as possible and we wanted our children to play in the garden as well. We needed to have a vegetable garden, because I would love to see the children grow their own food. But when I started designing a garden, I found it was really difficult. I didn't know what to do. That was really frustrating! When I was pregnant with Harry, I followed a few courses in garden design: one for designing and one for planting. After that I felt reborn, haha! Some people find happiness in religion, I turned to gardening. It's not too much to say that I was hit by it like lightning. I got fascinated, obsessed and enchanted." Kim takes gardening so seriously, that she doesn't even wait until after breakfast: "First thing I do in the morning, is walk into the garden. Sometimes I'm still in my knickers! When my eye catches something that needs to be done, I'd rather do that immediately than having to get dressed first."

From singer to presenter

England is the country of gardening programmes. Kim's garden obsession was quickly noticed by the gardening experts of Better Gardens. "I felt it was a bit premature, but I was asked to become a designer at Better Gardens. In retrospect, the timing was perfect, because I had just decided that being a fulltime poopstar wasn't compatible with the plans that Hal and I had. Now I am involved in more gardening projects and I write a children's book about gardening. And I am a fulltime mum and parttime singer."

When Kim was a fulltime singer, she had a very different image of herself than the fans who had her poster above their bed. "I never felt sexy at all. I was never happy in that strange world of popstars. I always thought there had to be more to life than that. Feeling sexy is something that's in the head, and I didn't have a lot of confidence back when I was a twentysomething. When I became thirty I even plunged into a downward spiral. I got depressed because I never had the time to recharge my battery. There was always the pressure to go on tour or record a new album. When I stopped, I could finally breathe again. It was probably the best decision I ever made, even if it was quite scary as well. I didn't know what to do next, after all. I felt lonely for a while, because I really wanted to have a family of my own. Luckily I met Hal shortly after that. We we working together in the musical Tommy. I loved the fact that he wasn't impressed by my being a popstar at all. He even thought I was Kim Carnes at some point!"

Kim left behind her depression and loneliness. "My marriage with Hal is the best thing that happened to me, and our children bring us loads of joy. Of course I am happy with my past success. I was lucky to have been able to live my dreams and get some appreciation as well. But motherhood is more satisfactory for me. My children come before everything. Making them feel that they are wanted and loved, is the most important thing there is. Without Hal I wouldn't have been able to leave my life as a pop star behind. He gave me the strength to look at myself with new eyes and to discover what I really wanted. I was 36 at the time. Maybe because his last name, Fowler, is an anagram of Flower?"

Kim is a big detox fan. "A few years ago my health was not so good. I always had a pain in my back and suffered from bronchitis. I was happy to be asked to compete in a TV-show in which I had to do a 10 day detox in Thailand. It was rather drastic. I didn't eat anything for a week and only drank herbal tea. It was quite hard. The fact that I was on a tropical island and had massages every day helped. My back aches disappeared. I also tried the drains, but I wouldn't do that anymore. You can flush your body like a machine, but I believe in softer methods of detoxing. Since I fast regularly, my health has improved. I haven't had a cold in a long time and I don't think that would ever be possible! Detoxing gave my body and immune system a real boost. I eat a lot of organic food, drink a lot of water and do exercises. My garden is a big help with this too, gardening is good exercise. I make herbal tea of home grown herbs and I believe in the benefits of that. I believe in detoxing so much that I even released my own Detox DVD."

Ready for the charts once again?

Despite her new, full life, Kim hasn't stopped her pop career. "I always loved performing, it was all the other stuff that turned me off. Since 2001 I have started performing regularly again and I really enjoy that. The big difference with the old days is that I don't take myself so seriously anymore. I see myself as an entertainer who can sing. Last year I even had a hit again, 'Anytime, anyplace, anywhere', together with German singer Nena. Being a parttime singer is so enjoyable that I'm considering recording a cd again." 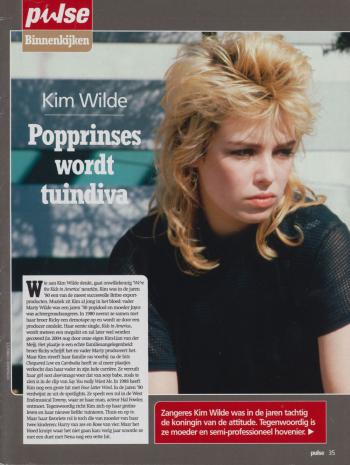 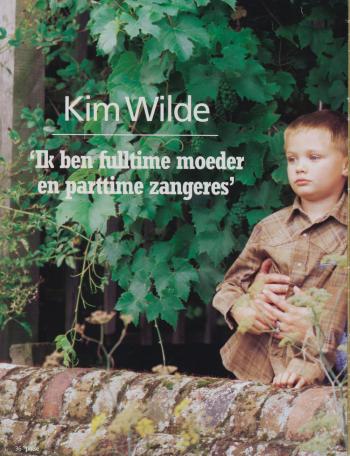 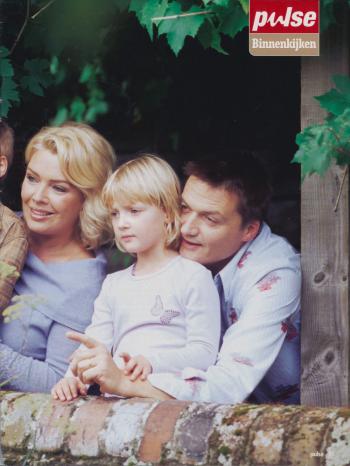 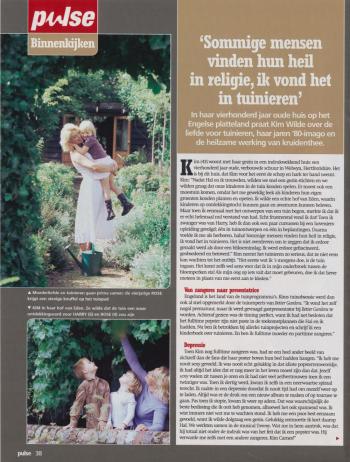 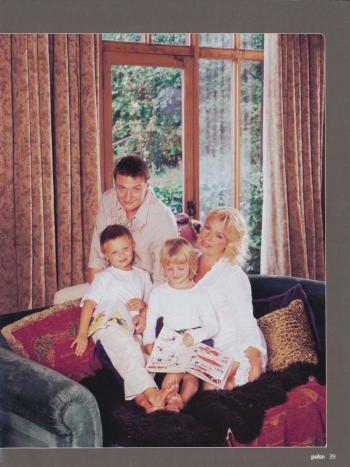 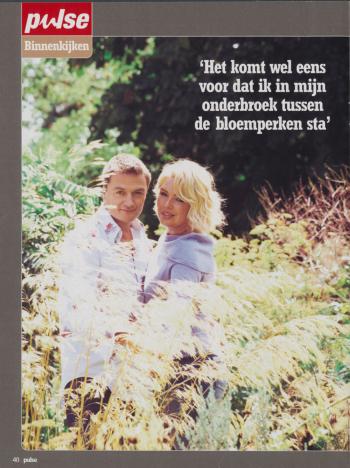 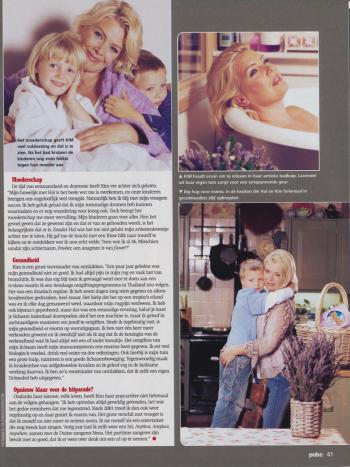