Music-loving celebrities jazzed up their social life with a double celebration to mark the launch of hot new label Dekkor Records and the release of its first album, Little Stranger by David Midgen. Pop star-turned-gardening writer Kim Wilde, television presenter Ben Shephard and singer Emma Bunton were among those appreciating the joy of sax in the Oak Room of Kettners in London's Soho as they watched live performances from David Midgen, James Harries and Jamie Cullum, whose brother Ben later spun the tunes on the decks. 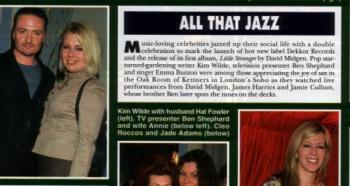 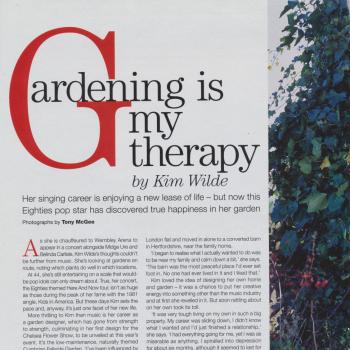