Beverley Byrne goes to meet Kim Wilde, the successful singer who was first inspired to write a book to encourage families to garden together while teaching her children to "grow their own".

A perennial problem for all those who shoot to fame at a tender age is: "What do you do in your later years?" For pop star Kim Wilde. at the height of her singing career in the 1980s, the answer came as naturally as dew in the morning.
At the age of 36, she married actor and singer Hal Fowler, with whom she starred in the West End musical Tommv. After they set up home together in a converted 16th-century barn in Hertfordshire, and had two children, Harry, now seven, and Rose who is five, Kim found that family life led to a new and absorbing career as a garden guru.
I first met her five years ago when her garden was a riot of late summer colour, baby Rose was snoozing in her pram and Harry was toddling around happily holding his mother's hand. When we meet again, the countryside is clothed in a thick white blanket of pristine snow and she is encouraging her excited children to put on their hats before venturing out to play. We watch as they run, laughing, into the garden, amidst towering seedheads of alliums, phlomis and stately cardoons which sparkle like iced diamonds in the wintry landscape.
"Leaving seedheads on at the end of the summer gives a wonderful texture to a garden throughout the winter," says Kim. "The kids are captivated by them, the birds are appreciative and, at Christmas, they make great decorations; so everyone is happy."
Her enthusiasm for gardening is infectious, and I predict that her latest book Gardening for Children, will be a runaway success.
"The aim of my book is to encourage parents to see what can be achieved with their children in an outdoor situation," she explains.
"A garden is a great place to excite a child's imagination, stimulate their senses and develop their practical skills and self-confidence. I have been inspired by the way my children interact with me when I am gardening. They see mum outside and want to get involved, too.
"Sometimes when I am trying to be constructive, they may want to do something quite destructive but I am prepared for that. I don't mind as long as they are outside seeing how beneficial a garden can be, not only in the way it looks and smells, but how it can give us food and help wildlife. I just want to open their minds to the possibilities and encourage them to find beauty in natural and simple things."
Kim's fascination with gardening began when she was renovating her home.
"I imagined the walls clothed by climbers and became fascinated by the choice of plants available. "Then, I decided to create a garden in the paddock behind the house and this, in turn, inspired me to learn more about plants and garden design. I became enthusiastic and enrolled on a foundation course at Capel Manor College in Enfield. I was expecting Harry, and shortly after he was born, a researcher from the BBC visited the college. When it was discovered that I was a former student, I was asked to design gardens for a programme called Garden Invaders. Eventually I became part of the team." Since then, her passion for gardening has grown - she has contributed to other gardening programmes as well as various newspapers and magazines.
This year, in collaboration with fellow designer David Fountain, she has created a "Jungle Jim" garden at Capel Manor specifically designed for what she describes as "Kevin" type teenagers. With her friend Richard Lucas, she has also designed a Cumbrian Fellside Garden for the Chelsea Flower Show.
"Hal�s parents live near Derwent Water and, when he first introduced me to the Lake District, I thought it was the most beautiful place I had ever seen. Our garden is really a homage to a place which means a lot to all of us."
It all seems a world away from 1980, when, at the age of 19, Kim recorded Kids in America, written by her brother Ricky. It became a hit and, by 1982, she had sold more records than her father - 1950s' pop idol Marty Wilde - had done in his entire career.
"I very rarely look back but when I do I am struck by how high our standards were," she says. "We had a studio at home and it was a full-time effort writing and producing songs. It was great to be young, successful and travelling all over the world.
"From time to time, though, I did think about what might happen to an unemployed pop star, not financially, but mentally. When I met Hal, my perception of myself changed. I wanted a new life with my husband - and a family."

There can be no doubt that Kim's parents provided her with a solid role model. Describing her father Marty, who still performs regularly. and her mother Joyce, a former Vernons Girl, as "excellent grandparents", she recalls how they encouraged her creativity when she was a child.
"I always enjoyed art, music and creative writing, but I got the impression they were somehow not regarded as 'proper' subjects at my school. At home, though, we found a lot of artistic stimulation. Dad had an amazing record collection and introduced me to a wide range of music from Kraftwerk to Tchaikovsky.
"When I left school, I did a foundation course in art and design and would have gone on to a degree course had I not become a pop star."
I suggest that her inherited artistic skills are simply emerging in another form. "Yes," she says, "it feels as if I have come full circle and in some ways I have picked up where I left off at art college. When the kids are older, I intend to start painting again." In recent years, this award-winning singer has also been performing in a series of Here and Now tours featuring the best artistes of the 1980s.
"I have to admit it all gets re-ignited when I perform in front of a live audience," she says. "But when I get home, the make-up goes back in the drawer, and it is on with the jeans and T-shirt and back into the garden with the children. After all, that is where I really feel at home." 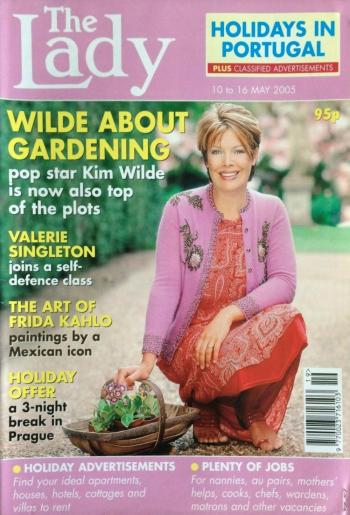 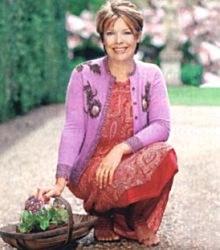 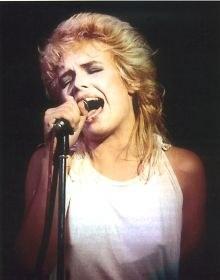 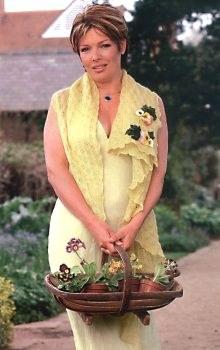