At 17 one still has dreams: "sad caves, beer and smoke"

The british musician Kim Wilde, 45, talks about pub concerts with her dad, prominent friends of the family and her passion for gardening.

At 17 one still has dreams. Do you remember them?
Of course I wanted to be a popstar. In school I never felt well and I couldn't connect. There were two groups dividing my schoolfriends: one was either a bookwurm or secretly smoking and talking about boys. I was an insecure child, but I was more drawn to the latter group. At 17 most of the cool girls had left school, became secretary and had kids. That wasn't my thing.

You had a famous popstar father. Was it an advantage or a disadvantage?
That was a real advantage. My father was Marty Wilde, kindof a British version of Elvis. And when I was 17, I already had a bunch of experience in studio recording. My mother and I often sang as his background choir. We wore cool black stage clothing and sang doo-wop-classics with dad.

Did he encourage you to start in the pop business?
Not at first. I think I was 17 when he took me along during one of his special tours, the so-called Working Men's Clubs. They were sad caves, it smelled like beer and smoke. He wanted to make it clear to me that this job was not a well-paying, amusing pastime, but very hard work. But I already knew that.

You ended up being in music thanks to your brother Ricky Wilde.
That's right. He had a contract. I was ambitious and pushed myself on to him, so that finally I could step in as a background vocalist for him. Someone noticed me and said I looked like a popstar. They gave me a song to sing, called 'Kids in America', and the rest is history, isn't it?

Is it easier to get used to getting famous when you already have famous people in the family?
I didn't at first. I still remember when I got into art college, I went to the principal and begged him to enrol me as Kim Smith. It's my real surname, and I was tired of being Marty Wilde's daughter all the time. I went incognito for a year and I really enjoyed it.

Ten years ago you ended your pop career. Why?
It wasn't as successful as it had been. And everything changed: I married, got children, and became a housewife. I didn't look after my weight anymore, and stopped colouring my hair. It was great!

You then started a career as gardener. How did that happen?
I wanted a beautiful garden for the children, but I only had a glorified lawn. So I enrolled in a course for amateur gardeners, and got into an almost religious experience. I fell in love with everything green. Then someone approached me to do a gardening TV programme. I did it, then wrote two books about gardening and a year ago I won a gold medal at the Chelsea Flower Show. It's a bit like a British Gardening Oscar.

Why did you get back to music?
Also for fun. I refound my love for pop during an eighties revival tour. I met Nena, and her massive comeback motivated me to try it like she did. Just looking after the kids and washing my husband's underwear and maintaining the lawn was too little work for me. 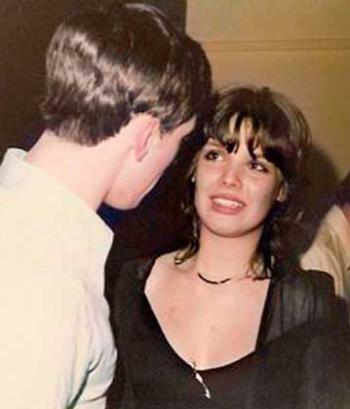