Kim Wilde between gardens and discotheques

After ten years absence, the unforgettable British pop star of the eighties comes back with "Never say never", the new album. Blaise Hofmann met her in Zurich.

"Kim Wilde". On Tipp-ex on a whole generation of pencil boxes, double page posters and a pile of worn vinyls. Kim Wilde, the pop sexy idol of the eighties, 20 million singles sold, and most of all the sentimental education and the musical defloration of a whole age bracket.

Kim, is it really you? Mrs Fowler - Kim married in 1996 with the actor Hal Fowler who gave her two children, Harry and Rose, 6 and 8 years - carries a black tie, a broad formless costume and, on the contour of the eyes, serious signs of tiredness that a broad contracted smile and spangles scattered on the cheeks are not enough to distract. At 9pm, Kim does not resemble the album sleeve any more.

"The gardening brings daily satisfactions to me. It is quite as creative and exciting as the music. But, today, I again am full of energy to sing." Kim followed the courses of the College of horticulture of London, cultivates in the London suburbs, in Hertfordshire, a garden of 12 hectares, published two handbooks of gardening, Gardening with Children (2005), First-time Gardener (2006) and presented gardening programmes on the BBC.

"These last years, I was all except Kim Wilde. However, the gardens and the discotheques are not two incomptible universes. A woman, essentially, can juggle between various roles. Particularly one who has children." While on tour, Harry and Rose will join her again during the holidays. During the promotion, they are at the grandparents, Joyce Smith, formerly singer of Vernons Girls, and Marty Wilde, inventor of the pseudo "Wilde", god rock'n'roll of the Fifties. Music, the history of a family.

The first single by Kim Wilde, Kids in America (1981) had been written by her Ricky brother and coproducer by her father Marty. She says to have suffered much from an image conveyed by the press: "a pretty puppet, without voice nor musical talent, guided by the family business". Thus she started to write her own songs... until the failure of Now and Forever (1995).

Since, radio operator silence, if not 'Anyplace, Anywhere, Anytime', a duet with Nena, the German eighties idol, in 2003. Today, in a hotel in Zurich, Kim receives the final test of its tenth album, Never Say Never. This title? "If it had been said to me, ten years ago, that one would ask for councils of gardening to me..." While chattering, Kim cherishes the small pocket, like a third wire, first individual. Excited, but trustful.

"I made a fantastic album. I sing much better today and am more mature, even if the era postpunk and the rock' roll are not always in me." Between the fourteen titles are six revisited hits, of which Cambodia, Kids in America and You Keep Me Hangin' On, a choice of the producer. For the eight others, nothing resolutely innovative - it is with the old pans... - distortions of guitar in opening, box at rocky rhythms and lots of synths, soul ballads, turning reggae with Baby Obey Me and militant song ecologist with Forgive Me, like discussion thread, of the slow fox trots oozing of love, raised by choruses more or less inspired. It's always the same, but then again, everyone loves it.
Kim Wilde can count on the nostalgic ones, the more so as the stamp of its voice in erotism, but will this be enough for her biggest fan?
"I will meet Laurent, the only artist whom I want to give the album, in a few weeks, in Paris. I believe that he really liked me." In 1986, Laurent Voulzy sent the demo of his hit to her, 'My nights without Kim Wilde'. Charmed, she had accomodated him in London and accepted adding the words "remove your glasses" at the end of the song.
In 2006, despite the blindness of his age, will he take off "the effigy of its rock'n'roll star"? She radiates, when, with an intact accent of pleasure, she remembers the sentence, "removes your glasses", then remembers Belle-Ile-en-Mer, serene, opened out.

"My career never dominated my life. If I survived the eighties, it is thanks to my family which protected me from excesses. When You Keep Me Hanging' One was No. 1 in the United States, there I could have made career, but I did not listen to my manager. For me, Madonna comes from another stratosphere. I only feel good when my feet touch the ground... "

Laurent, tonight, imagines Kim, harassed by his promotional day, lonely in his room of five stars. Why this come-back? Harry and Rose are at the grandparent's. Eighties aren't they out-of-date? Her garden is drained. Will the stages be full? Perhaps Hal does not dare to acknowledge to her that he prefers her as a wife, a mother, than as a rock animal. Soon, Kim, on the quays of the Seine, Laurent will read you the last sentences of Ingenuous of Voltaire: "If you had not lost all your sheep of the good country of Eldorado, you would not eat here crystallized citrons and pistachios. That is well said, answered Candide, but our garden should be cultivated." 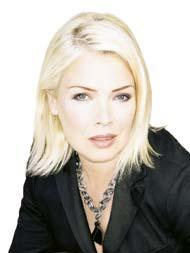