[Translated for Wilde Life by Kasia]

The new album of a popular singer in the 80's, the British vocalist Kim Wilde will release a new album on September 11 on EMI Music Poland.
Kim Wilde is one of the most popular English vocalists of all times. The French call her "Brigitte Bardot of Rock", while by German fans she is worshipped as the most electrifying glamour-girl of years 80s, whose hits - as "Kids in America" and "Cambodia", call out the euphoria on dancing-parquet floors.

14 hits by Kim Wilde reached the top five worldwide, and the sale of albums and singles are, properly - 10- and 20 millions.

The album "Never Say Never" will be the tenth album in the career of the artist and simultaneously the first from over ten years. The title harks back to the legendary return of Sean Connery in the part of James Bond. Behind the return Kim Wilde on the scene stands Uwe Fahrenkrog-Petersen - the producer of the German vocalist Nena. The latest album of English singer will be having eight new compositions and six hits from the past, produced by Uwe.

"I said to him, that he should decided which songs pleased him most. I instead concentrated on new compositions" - says Kim.

Among songs from the past on the album, we will hear "Kids in America", with the vocalist and the guitarist Charlotte Hatherley, who after working in the band Ash began a solo-career, and whose first solo-album from 2005 contains conains the song, entitled "Kim Wilde".

"Charlotte is a simply splendid vocalist and a guitarist. I would be happy being able to help her in the conquest of the fame", says Kim.

Other Kim Wilde hits on the record "Never Say Never" are: "You Keep Me Hangin' on" - the hit to with Kim in 1986 climbed up hotlists stateside, here in the duet with Nena; "View From the Bridge", "You Came", "Four Letter Word" and "Cambodia" in remix by Paula Oakenfold.

A first single of the album "Never Say Never" is the new version of "You Came", the composition that triumphed on European charts.

Kim Wilde so mentions the atmosphere in the studio RAK Records: "This was the splendid feeling, to work with Uwe and Jeo (the sound engineer). All to himself at once fited. There went out from this only in its own kind cocktail of the excellent sound".

The return to the studio RAK in London was exceptional for Kim: "It was a little strange to be found again in the studio, where I recorded all my great hits. Especially because Mickie Most is now dead. I almost felt the presence of Mickie". 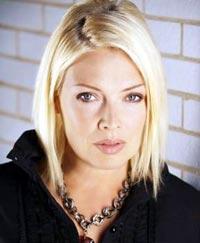