While in a great number of world cities artists were competing with one another to make us conscious of the risks of climate change, in Northern Limburg some twentythousand music lovers enjoyed performances of a number of (inter)national artists.

That even Bospop in Weert is affected by the climate problems, was made apparent by the adoption of a forest. The organisation did so to compensate the waste that the two day festival causes. Even if that wasn't the only concern. Given the bad weather of the past few weeks, dozens of free workers who were busy creating the festival terrain performed a socalled sun dance at the end of last week. It helped, because a beaming sun appeared on Saturday at the beginning of the afternoon above the sportpark in Boshoven.
What started as a party of Limburg talent in 1980, grew into a festival of international appeal over the past 27 years. Although homegrown talent isn't forgotten even now. After winning a regional talent hunt the Limburg promise 21 Eyes Of Ruby were allowed to open the festival on Saturday. The rock band then left the stage for acts like Kim Wilde, John Fogerty, Ilse DeLange, Gary Moore, Blondie, VanVelzen, The Scene, Joe Cocker, Blof and Paul Rodgers.

If one think is obvious after all these years, it's that Bospop is still a party after 28 ears. And even if Blowbeat-guitarist Leendert Haaksma doesn't show up - he mistook the date -, the equipment of The Answer wasn't cleared on Schiphol Airport and the hindrance visited had because of the obstruction on the A2 near Eindhoven, that didn't affect the pleasure in sunbathing Weert. 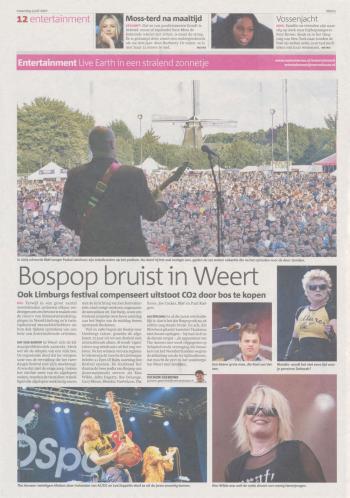 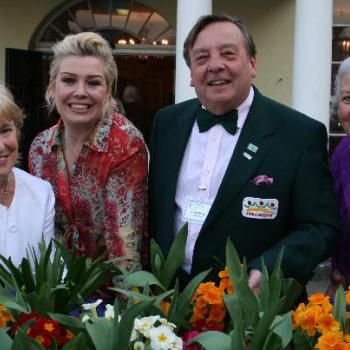