Comeback of a pop icon

"Never say never": the singer didn't really want to come back into the limelight.

HAMBURG - Blonde mane, full lips, a piercing unique voice. Kim Wilde was one of the most successful singers and a pop icon back in the eighties. 20 million records sold tell a clear tale. In 1995 she stepped out of the music business. "My career moved on, I was burnt out and it was no longer fun", she says now. 13 years after her last Hamburg concert in the GroÃŸen Freiheit 36 she is back, yesterday singing at the "Ramses"-gala in the Curio-Haus, and at March 6 she will get on stage at the GroÃŸen Freiheit 36 again. We can thank Nena and producer Uwe Fahrenkrog-Petersen for the fact that the singer, who was born in London in 1960, comes back to the limelight. With Nena Kim Wilde recorded an English version of "Anyplace, anywhere, anytime" in 2003, and last year Fahrenkrog-Petersen produced her comeback-album "Never say never". An apt title, because in fact Kim Fowler, her current name after marrying actor Hal Fowler, didn't plan to give up her role as mother, wife and successful book writer. After the end of her career she studied horticulture. "I really wanted to work with my hands, and gardening seemed like the right thing to do", she says while she strokes her freshly painted fingernail. Now she is a pop star again, still very attractive and relieved from the burden of washing her children's clothes for once ("we don't have a housekeeper") or taking care of her 1,5 acre of woodland garden. She can not only handle a microphone, but also a spade. She won a gold medal at the Chelsea Flower Show in 2005, one she designed with a friend. It's an award which she cherishes even more than the gold records, which she has collected throughout her career. Yesterday she enjoyed being on stage once more, before returning to house and hearth. "During the weekend I will rebuild an old cupboard", she says. Then without painted fingernails and high heels, but in baggy workers' clothes. 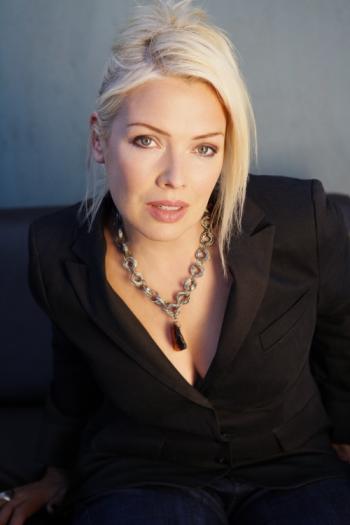