Wilde Life collected your questions in the run-up to her tour earlier this year. Many questions were asked, only the best ones were selected for the interview below. We sat down in Kim's dressing room at Den Atelier in Luxembourg, on March 11. Kim told us all about her new project with Marty, her writing ambitions, classical music and holidays.

Marty composed and recorded the song ‘Lullaby’ on his album ‘Diversions’. Was it written for you? (Ed Verschoor)
Yes. It’s one of my favourite ever songs and dad wrote it for us. It was obviously written during a time he was away a lot. I don’t remember him being around very much at all. So it was a lovely song. It was such a beautiful thing to have. And it’s such a sweet little song.
It meant a lot then and it means a lot now.

Would you like to write a song for your own kids?
I don't know. That's not a thought that’s ever crossed my mind. I would like to do some more work with my dad, having done this Elton John thing. I love the idea of him singing Snow Patrol songs and a Depeche Mode song like Johnny Cash did. I've been starting to write down songs I'd like to maybe think about recording with him. So I've got them in my handbag. I keep adding them down. I don't know if it will come to anything but there's a good chance it will.

Which video did you most enjoy making over the years? (Rashid)
Obviously 'Kids in America' because that was the first time I ever made a video and I couldn’t believe all the attention. I couldn’t believe how easy I felt in front (of the camera - ed.).

I heard a story from the director one time that he took you to the pub or something to loosen you up a bit, as it were?
Oh yeah, probably yeah. I do remember the director asked me if I wanted some coke and I thought yeah I’d love some, because I was really thirsty, really thirsty. And he didn’t mean that kind of ‘coke’ at all. I was really naive in those days. He was really out there.
Yeah, so ‘Kids in America’ was fantastic. What else was there? I love the ‘You came’ video, because it captures a moment when everything was just... My career was just peachy. It’s beautiful. The photographs of me of that time, some of them were gorgeous.
I love ‘Love is holy’. I thought the ‘Love is holy’ was beautiful. Oh my God, that dress. The images, oh, I just love that video. It’s interesting actually, because the first time I saw it I thought ‘ohhh’, you know... I’ve historically looked at videos, I’ve been very critical and not liked them very much. I thought ‘Love is holy’ was a beautiful thing to look at.

What did you miss the most about your music career? (Mark Eiwin)
When I got out? Having my make-up done. I love sitting and having my make-up done.I love working with make-up artists. I just love make-up. The perfectness of that is beautiful. The feel of powder on my skin. You go there, starting up and you’re a blank canvas. You can make yourself look anything you want really. I just love sitting there and seeing all the colours that I know they’ll never use. There’s palets of purple and gold and cerise and lime-green. You know they’re not gonna use them on your face. It’s a bit like being in a sweets shop. You want to have everything. They end up using a limited palet. You see a menu in a restaurant and everything looks fantastic and you know you’re gonna choose one thing. There’s something that appeals to me like that.

What was recording the Sonic Hub track like? Did you enjoy doing opera vocals?
I did. I remember when I first met Hal, he used to play me lots of different kinds of music I never sat down and listened to before. One of the things he used to play a lot to me was this beautiful music by Górecki. Do you know it? It’s (Symphony of Sorrowful songs – ed.). It’s actually used quite a lot in MTV and documentaries and stuff. It’s extremely haunting and very very moving, very very beautiful. So when Ricki asked me to do that I did think of Górecki and I thought I’d like to do more of that sort of singing. I’ve got the sort of physical power now to find notes from that place where opera singers sing. I’m not trained in that way. But my husband Hal is very interested, and can sing opera very well. It does interest me.

What's your favourite holiday destination? (Sarah Ciesiolka)
I would say really big time favourite would be Thailand. It is so....
The first time I went to Thailand was with a girlfriend. One of my oldest friends I’ve known since I was twelve. And I love this girl like a sister. And I haven’t travelled hardly at all. In the first ten years of my career I spent most of the time touring the world being Kim Wilde. I hardly had any time off ever. I think I went to France once for a week. I was working. So eventually I got taken away by my girlfriend and she took me to Thailand. It was so liberating.
All of a sudden I wasn’t living with an itinerary. I got to make my own decisions about every day and what I was doing.
It was a real culture shock for me. All of a sudden I felt very scared and I didn’t know what to do. I didn’t know what to do with my own freedom. It’s like... I do experiment with animals sometimes who are caged and give them their freedom. They don’t know what to do and they go back into their cage. It was like that. I didn’t know what to do with all that freedom. And I’m really glad that she gave that opportunity to me. She helped set me free a bit. And travelling did that eventually. And I did more. I realised that I needed to be out of my people looking after me, people putting me on a plane, people putting me in a room, people putting me on the stage. I didn’t do much more than being Kim Wilde, which was great and everything, but there’s much more to life than being Kim Wilde.

What is your favourite perfume? (Dimitri Giannestras)
It’s still Paco Rabanne, Eau de Calandre. I haven’t got the time really to discover another fragrance. Roxanne is always getting me to smell them at airports. Most of them are too sweet for my taste. Eau de Calandre has a nice androgynous quality to it that I like. I don’t like things that are too sweet.

Do you have or have you ever had plans to write an autobiography? (Steve Benton)
I am starting to feel like I want to write. But not so much like specifically about me and then I met someone and then I did this and then that happened. But more fiction. Placing those experiences within another context. I think I could say more and be more truthful, actually, in that way.

Do you plan to make another cd and then to go on tour again? (Helle Brask)
Well definitely. We got a lot of gigs coming up in the summer, which I'm really looking forward to. I love being on stage now, playing live in front of audiences. And I feel physically and mentally in the best place I've ever been to do that. What I would really love is for us to manage to grab another couple of nice big hit records, just to kind of top and tail it. We started off with 'Kids', it would be nice just to have a couple of more hits that we could say: it makes a complete picture. At the moment I feel the picture is slightly incomplete, that we need to resolve it. I guess the only way we can do that is by having a few hit records, as long as my record company... Actually it doesn't matter whether my record company is interested in doing it or not!
I could get my own label and put my own records out. It will be resolved. We shall have another hit record. It is written! 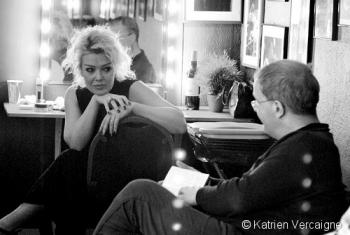 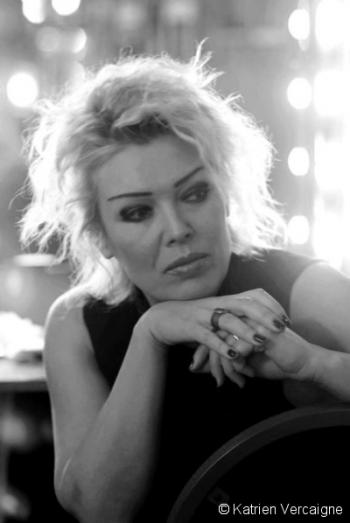 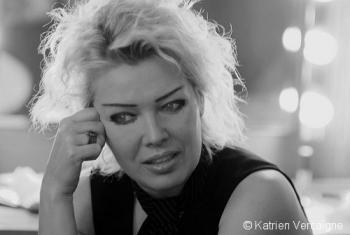 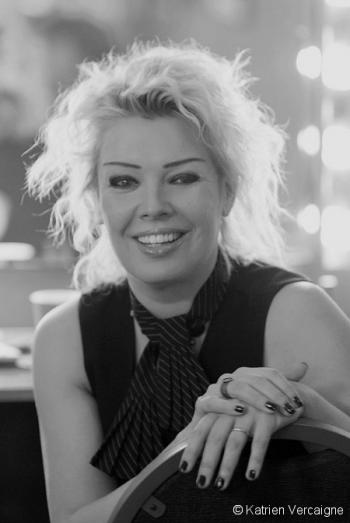