Kim: I'm so proud of Dad

In the music business, having a career which lasts more than one hit single can be tough. But Marty Wilde's album Born to Rock ‘n’ Roll will commemorate 50 years in the business for Marty and 25 years for his daughter Kim.
In a rare interview with both father and daughter together, Marty said: "It’s a mixture of my early hits spanning a 50-year period from 1957 to 2007. I think I was lucky to be born in the right musical era. The early 50s was the time to be a teenager. Rock ‘n’ roll was such a powerful force when it came in, it took everything by storm. It was such a prominent part of music and it will remain so. I was there from the beginning and part of something massive. When they go to Mars, which one day they will, an Elvis record will find its way on to the decks."

The legacy of all this experience came into play when his beautiful 21-year-old daughter recorded a song he wrote called Kids In America in 1981. The track was produced by legendary producer Mickey Most. It made No 2 in the charts, and the rest is history.

Marty says: "I didn’t ever really encourage Kim to become a pop star, it was probably one of the last things in my mind. I thought maybe she would be a gardener. I thought the single would make the Top 50 - I really didn’t expect too much. I know it sounds really strange, but I wasn’t really aware of her talent until one day when she was standing in the kitchen making a phone call. It was just the aura around her, and all of a sudden I thought, ‘she’s a star’."

Growing up, Kim says Marty was far from the typical out of touch and embarrassing Dad.

Kim said: "I'm really proud of my Dad for being one of the very first pop stars to walk the planet. That’s a great thing to tell my son and my daughter; there’s not many people who could say that to their kids. He’s the first person to tell me how fantastic the new Snow Patrol album is. Growing up, Dad was a great music collector and loved Kraftwerk or the Earth, Wind and Fire album. He was interested in music as it was happening at the time, as well as looking back. I remember having a publicity picture of him stuck on my desk at school. I must have been starstruck even as a kid, I thought it was so cool to have this matinee movie idol-type card in my desk," she giggles.

And now Kim says she is keen for history to repeat itself for the third generation of the family. She said: "My little boy Harry who has just turned nine has been having guitar lessons from his grandfather. My daughter Rose, who is seven, loves playing the piano and has a great voice. Harry likes Metallica, Rose loves Kylie," she says.

Kim's relaxed but loving upbringing also looks set to be repeated. She says that friends loved to hang out in the Wilde household because of the loud music and the chance of getting their hands on a beer. "It wasn’t quite the Osbournes but there were times when it was pretty damn close!" she laughs.

Now she employs the same policy with her children. "I had Lily Allen’s album on in the car the other day and my kids were in the back. I seem to remember somebody – I think it was Jamelia - saying you can’t play it to your kids.
She was shouting out the F-word and I said to Rose you shouldn’t really say stuff like that in front of adults, but if you can ever write a song as good as that you can have as many F-words in it as you like, love," she says.

At 46, Kim has now found her career going full circle. After a successful time in the public eye as a gardener which included winning a gold medal at the Chelsea Flower Show, she is back performing alongside her father.

The pair first sang the duet of the Elton John song Sorry Seems To Be The Hardest Word at an Aids benefit concert at Wembley in the 80s. It was the first and only time they had performed together until now.

"It was a lovely thing to do, it was a very understated performance. It remained in my mind and I thought, if we ever record again it would be a nice song to do together," Marty said.

Kim agrees: "In one capacity or another I’ve worked with my Dad now for 25 years from when I was 21-years-old. I hope it will be the first of many recordings we could do together in the coming years.

"Recording with my Dad has been such an unexpected surprise and I’m really looking forward to seeing how the public react to it. But If you asked my Dad if it was an emotional experience recording the duet, he would make some joke about someone standing on his foot or something. That would be why he would say there was a tear in his eye...", Kim quipped.

Marty's 50th anniversary tour starts in April – and Kim will be joining him on several of the dates.

She says: "I’ve watched my dad singing Teenager In Love and now it’s 50 years down the line and people still want to hear him sing it, and he still enjoys it. There was a period when I thought I didn’t ever want to sing Kids in America again. I couldn’t see myself singing it into my 40s. But here I am approaching my 50s and really enjoying it."

While Marty, now 68-years-old, has never had any doubts about being involved in music. 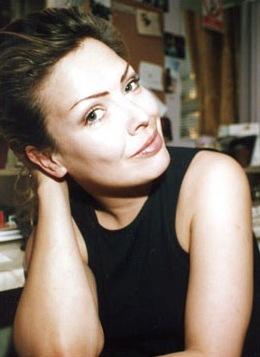