As a child Kim Wilde accompanied her father Marty, an English popstar, on his concerts and was fascinated by showbusiness as a little girl. When she was 12, dad took her on stage for the first time. Later she was the little sister who sang in her brother's band. But after her first hits "Kids in America" and "Chequered love" she became a star and british teen idol in her own right. At the same time as Nena, by the way, with whom she recorded a giant hit ("Anyplace, anywhere, anytime") twenty years later in 2003. Der Sonntag met the singer shortly before her concert in the soldout Karlsruher Tollhaus.

Miss Wilde, we're sitting here in the luxurious tourbus, in which you travel from city to city. Do you sleep in the bus or do you prefer the hotel?
We all sleep in the bus, naturally. It's very nice up there. I love the tour life with everything that belongs to it, because I'm always served by nice people. At home I am always the one who has to take care of everything.

In the past 20 years one has heard relatively little of you. Why are you going on tour now, at 46 years?
Because I feel like it, simply. I wanted to sing the songs live again. With a real band.

In the mean time you have a different interest. For instance horticulture. How did you come to do this hobby?
Since I moved from the city to the countryside as an eight year old kid with my parents, I love nature. We had a lot of animals, there were flowers and plants and it made a big impression on me. In the eighties I discovered this passion anew. I studied horticulture in college, presented numerous gardening programmes and wrote a couple of books about the subject.

A few years ago you had a hit together with Nena. What other German pop or rock stars do you know?
Kraftwerk of course! My father, who had a very big record collection, also had records from Kraftwerk. I also like the Berlin band BossHoss. I recently met the guys, we had a lot of fun together. They are very funny.

What music did you hear during your childhood?
The first record I bought was "The look of love" by Gladys Knight and the Pips. I loved the seventies! Elton John, Mud, Roy Wood and Wizzard. The seventies were a great time.

Are there musicians, with whom you'd like to work together, but you didn't have an opportunity to do so?
Yes, there are a lot. One who falls into my mind right now is Rufus Wainwright. He's wonderful!

You had a number one hit in the USA with "You Keep Me Hanging On". But you didn't go on tour there. Didn't you want to become a star in America?
I would have wanted to. It's just my record company at the time was from England and they weren't too interested in that. In this respect they didn't do much for me. In retrospect I'm happy about it though. When I think that I would have had to tour around the USA as well, I wouldn't have had any time left for a normal life.

Hours before your concert starts there's already a lot of fans waiting outside. So obviously your fans haven't forgotten about you.
Over the years I got to know my fans quite well. One of my biggest fans is Sabrina. She was 13 when my career started in the early 80s. She came to a lot of my shows so she attracted my attention. In the past years we became really good friends. Sabrina is now a singer herself and supports my tour with her band Stereoblonde.

What was your most beautiful experience in Germany?
1988, a year before the wall came down, I did the support slot for Michael Jackson. I will never forget the concert in Berlin. The atmosphere was indescribable.

Do you look up your name on the internet often?
Oh yes, a lot. It's interesting to me, what you can read there. I spend more time on the internet than is healthy for me! I have to say that my own homepage is very beautiful. It's arranged and maintained by a librarian from Holland. A very accurate and conscientious person. He knows more about me than I do!

Are there already plans for a new cd?
Yes. It will be released next year. I am already writing songs.

Do you like to watch old video clips of yours?
No, I am very self-critical and I think I never look good in those videos. Sabrina often films my performances. She keeps on telling me: "Watch this!". But honestly, I don’t really like to do that.

On what do you spend a lot of money?
Plants and flowers! They are partly very expensive. I live on the countryside, we have a big garden.

Would you want to live in the city ever again?
No, never! Cities are like parties! It's great to go there but you must always be able to leave again! 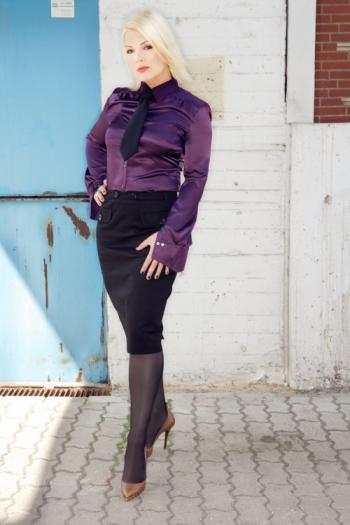 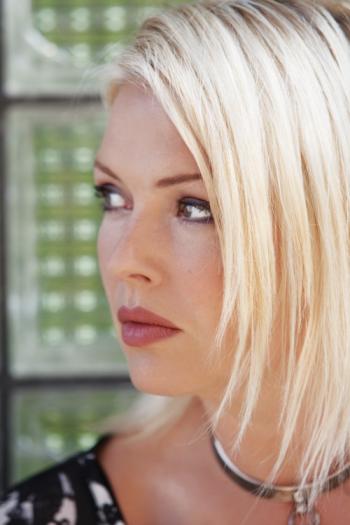