She owns the record as the most successful English female pop singer of all times. For the French she is the "Brigitte Bardot of Rock" and by her German fans she is also still seen as the most exciting glamour girl of the eighties, whose megahits 'Kids in America' and 'Cambodia' deliver euphoria on the dance floors.

Now finally the long awaited comeback of Kim Wilde takes place, a comeback which she has ruled out for a long time. In the last three, four years the singer was always on tour, a bit more mature but still of stellar attractiveness.
Her cover version of Steppenwolf's "Born to be Wild", released in 2002, was a good teaser. Together with Nena she recorded the classic "Anyplace, Anywhere, Anytime" and suddenly launched a europe-wide top hit. Now Kim Wilde returns into the music scene with new spirit. With her tenth studio album: "Never say Never", her first regular album in a little more than ten years.

Kim Wilde had 14 number one hits worldwide and almost 50 top five hits and with ten million sold albums and twenty million singles sold.
Music is in the genes of the Wilde familie. Kim Wilde is the daughter of Marty Wilde, who is a rock 'n' roller himself and even now, while being more than 70 years old - performs on stage at least once a week. Kim's mother Joyce was singer and dancer when Kim was younger. When Kim was nine years old she moved to the countryside, in Hertfordshire, where she now lives with her husband and two children.

It is her brother Ricky, who is recording demos in 1980 in the legendary RAK studios. Kim would sing the backing vocals for "Kids in America", one of the compositions by Marty and Ricky Wilde. She breaks forward to the front row with this fabulous single, which is 25 years old this year.
Already in 1983 she receives the Brit Award for which she is nominated three times. Her biggest commercial success is in the eighties, when she also tours with Michael JacksoN (1988) and David Bowie (1990). Until the mid-eighties she is in the pop scene and she makes nine albums that receive plenty of gold and platinum awards.

When Kim Wilde takes the lead role in 1996 for a year in the musical "Tommy", she gets to know actor Hal Fowler and she marries him in the same year. Kim Wilde is only seemingly quiet, because when she is pregnant with her son Harry Tristan, she decides to make a garden for her children (her daughter Rose Elisabeth is born in 2000) and starts studying horticulture. She goes to Capel Manor College, where she is discovered by a television company. She is not only seen in "Better Gardens" and "Garden Invaders", but she also writes books: in the spring of 2005 her book "Gardening with children" is published, based on her own experiences, and recently her second work "The First Time Gardener". 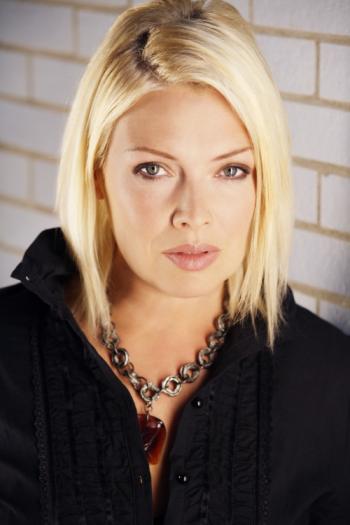