Kim Wilde: 'The flowers have an extraordinary capacity'

Kim Wilde did a comeback showcase yesterday evening at MAD. Far from the scene for a decade while tending to her children, the 46 year old singer sang for an hour. Kim confided in '20 minutes'.

In front of a very eclectic audience, she did the first date of a tour around Europe.

Which album marked your career?
Most important was 'Close' in 1988. It was the first one that was distributed in the States. It marked a course.

How did you keep away from the tabloid press?
Because I was never a superstar. I didn't play around with the press. I have a healthy mind. There isn't much gossip to go around.

Your last album is entitled 'Never say never'. Does this apply to your life?
I said I was never going to get married, and I did it. I said I would never work with flowers and I am a horticulturalist now. There's lots of these things.

How did you start your second career?
I started by following courses of horticulture and that changed my life. With my husband we were so happy. That enabled me to live my family life family fully.

Do you have a favourite flower?
I don't. It would be like asking which of my two children I perfer. There is too much emotion between me and them. They have all some things to say.

Do you Believe in the capacity of the flowers?
Yes, it enabled me to open the spirit, to find the inspiration and to open out in family. They have an extraordinary capacity.

Are you anxious to start a tour again?
No. I prepared this tour in time. I live for the moment.

Up to which point did you push your passion for the flowers?
I design gardens. I have just finished doing a hospital garden. I transform places. They are magic moments.

How did your return to music occur?
I still have sufficient energy to be on the scene.

What do you retain your meeting with Laurent Voulzy?
There is a genius in him. A charisma that few people have. He is generous, talented.

Did you ever meet a similar person?
No, and few people release same energy and the same force. I think he's similar to Rod Stewart.

What did you want to do when you were young?
I wanted to be a pop star. I let myself try by my father guitarist.

How did this desire appear?
I had a clear idea on my destiny.

Did you transmit this passion for the music to your children?
Yes, my little boy plays of the guitar as a fan of Metallica. And my small daughter, she sings and impassions herself for the calmer music. 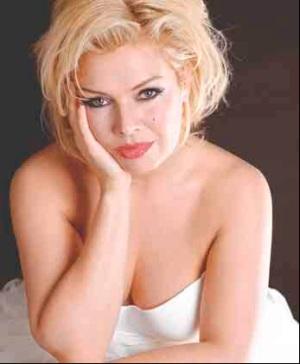