Kim Wilde, 47, was the original eighties pop Princess reaching the top of the charts throughout the world with Kids In America, nowadays she's still performing but is also a TV gardener and promoting a campaign to get people growing seeds! She talks to Dean Piper about Madonna, Leona Lewis and why Charlie Dimmock is hotter than her!

Hi Kim, how do you look back upon your success in the eighties?
I have very fond memories of the eighties. It was a special time for me but it took me a long time to appreciate the success and fun I had back then. It's only just recently since doing the Here and Now tour that I've learnt to appreciate it. I'm on tour with all these acts I used to only ever leer at like Bananarama so it's been a great experience. In the old days all the bands and acts either dated each other, partied with each other or rowed with each other. So to be doing a retrospective tour is great. Now we are all grown-ups with kids and we can giggle at our expanding waistlines.

Is it interesting performing eighties songs as you approach 50?
It's great to be performing to people in the audience who like me have had a few kids and have grown with me. At the end of the day I'm now a mother and I'm chained to the washing machine like every mother trying to get the uniforms clean for Monday and frazzled for forgetting sports kit.

Did you keep any of your old outfits?
I gave a number of my old outfits away and there's lots knocking around on Ebay if you want them!

When you were a pop star did you ever imagine you'd be a television gardener?
It's the last thing I would have ever thought would have happened. When I first moved to the country from a semi detached city house and realized we had woodland and trees. It was an awakening and it had a huge impact on me. I was nine years old and it hit me hard. So I was enchanted by green areas and it's lasted. Of course when I was bopping around on stage I never thought I'd become a gardener. However I did always think the two coolest things in life were to be a pop singer and be a gardener and to grow things. It's a shame that nowadays that it's so difficult and annoying to get an allotment. Growing your own food is incredibly satisfying.

Tell me about the campaign you are promoting.
The campaign is about encouraging people to plant seeds. There are so many species of seeds that are becoming rare and we need to keep things going. I'm not admitting to be the most prolific vegetable grower but I believe it's important. I wanted my kids to know what a good thing planting seeds was so that's why I got involved. I always have a go. I grow beetroot, potatoes and carrots. I usually do about eight different things in my patch. It's like finding gold in the ground when you dig your own veg up. Getting excited about seeds is important too – it's very fun growing things. If I can encourage one person to plant a seed then this has worked.

Who's a hotter gardener for TV – you or Charlie Dimmock?
Charlie! I’d certainly say Charlie's hotter than me. She's got masses more experience than me. She's inspired me greatly. I remember watching the first show of Ground Force and saying to myself is that cameraman having a laugh? Then I realized the braless stuff was a gimmick. Then I started doing gardening shows and I made sure I was wearing a bra and the cameraman was careful. It's funny now because I'm getting booked for big gigs while I'm in the garden.

Madonna was your chart competition back then – did you meet her?
I've never met Madonna. I was Europe and she was America. I hit the top of the charts two years before she came on the scene. I remember seeing her and going: "Here’s trouble." I felt like I was out maneuvered by her big time. I wasn't that bothered overall – I had my fair share of success. I never disliked her for her success but I'd be lying if I said I didn't get to me.

Do you feel under pressure to stay looking hot when you see her heading into the gym looking fab?
I look at her now and think she looks amazing. I was inspired by her to look after my body when I started to see her working out and hearing about all her yoga and everything. She inspired me to take a bit more care of myself.

You stopped performing for years – what tempted you back?
I thought that when I stepped out of the limelight and had kids and got married that I would never sing again. But the offer came in for me to sing at a charity event and then I got invited to do some gigs. And now 10 years later I’m loving singing once again. I'll carry on until I feel like I can’t perform to my best. Why shouldn't women continue into there fifties? I might consider giving away free seeds with my next album!

Leona Lewis was the first Brit to debut at Number One in the US charts since you – what advice would you give to her to keep her feet on the floor?
I wish Leona all the best. Back then I had my family to look after me and they were constantly in my life so I stayed grounded. Family is a great stabilizer – so I hope Leona has that. When I got my first number one in the US I was changing the nappy of my little sister at the time. Family means more to me that a career. We were obviously chuffed, but life goes on.

Celebs nowadays are always caught up in drugs, booze and scandal – why did you guys never get exposed?
The eighties were just as crazy as things are nowadays. The difference is the press and the paparazzi. They didn't want to see people messed up back then. Nowadays you have performers like Amy Winehouse and Britney and it's a lot more aggressive. I feel sorry for them.

What was the worst story in the press about you?
There was one morning when I woke up and the front page of the Daily Mirror said: "Kim Wilde goes Missing!" and I was reading it thinking: "But I’m here." It turned out a journalist had called my mum and asked where I was and my mum replied: "I don’t know where she is." And then the front page derived from that. Those days it was bizarre. There was another story about me being out of control and throwing up in a stiletto one night. My shoes are too lovely – I’d never do that!

How do you look after yourself fitness wise?
I wish I knew then what I know now. I have a fitness trainer a few times a week, I try to eat healthy and look after myself with my diet. Everything in moderation. I'm not into big diets. I do treat myself to things and I'm realistic. There's no silly dieting. I keep fit with walking – I adore going to the lake district for big long walks. My personal trainer is great too – he’s like my therapist too. I tell him everything. It's like going to see my shrink.

Have you had plastic surgery – and would you?
No, I haven't had anything. I have no negative thoughts about surgery. Look how fit Madonna is – anyone that works out that much is going to look great. I will cross that bridge whenever I come to it. I hope I never have to. I like Jordan's new nose. I'm a sucker for a good nose.

Kim Wilde supports Seeds of Change 'Dig Your Dinner' campaign encouraging the British public to plant their own seeds and grow there own vegetables. Log onto www.digyourdinner.co.uk for more information. 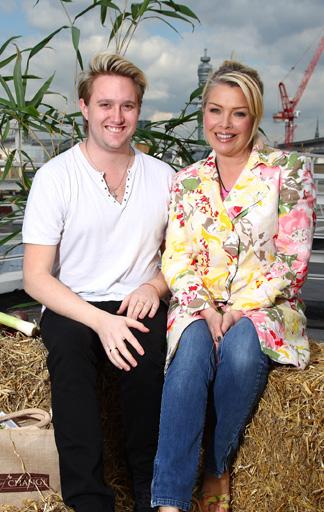 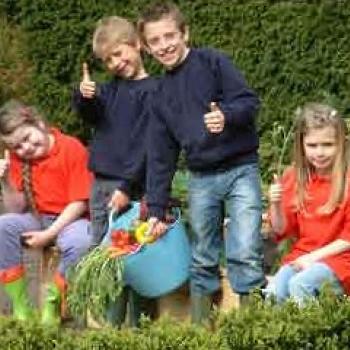