Eighties singing sensation Kim Wilde is to headline one night of the Portsmouth and Southsea Music Festival.

She was one of the biggest-selling singles artists of the '80s with hits such as Kids in America and a version of The Supremes' hit You Keep Me Hangin' On. Ms Wilde is the daughter of 1950s rock 'n' roller Marty Wilde, who sang at the Kings Theatre, Southsea, recently.

She has a second successful career as a gardener, and has won a gold at the prestigious Chelsea Flower Show. Ms Wilde will headline on Sunday October 12. Organisers will tonight announce more of the line-up.

The festival will be held on Castle Field, Southsea from October 9-12, in a huge marquee, which holds 8,000 people. There will also be a second stage in a smaller tent.

As a taster for the festival, there will be a launch party tonight at Tiger Tiger in Gunwharf Quays, which will include a live performance by recently reformed nineties chart stars Dodgy. Top local DJs from Funktifino Allstars, Screw, Punchfunk, Casbah, Chaos and Wayster will be keeping the party going into the early hours.

Festival organisers are being tight-lipped about the headline act on the opening night except to say that it will be 'a very special mystery guest'. They've said they'll reveal the Friday and Saturday headline acts over the next few weeks.

Festival committee member Steve Pitt said: 'The four days of the Portsmouth and Southsea Music Festival will be four stand-alone events under one umbrella.

'Thursday will include a range of artists including a headline act that dominated the charts in the 1990s; Friday will be for indie/dance fans; Saturday will see a line-up of contemporary indie music; and the headline act for Sunday night will be Kim Wilde. 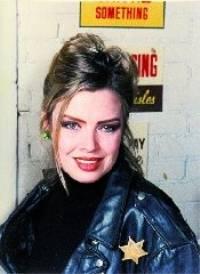