For the last date of a European tour of three weeks, Kim Wilde began her concert with the powerful "Never Trust a Stranger," the song that had awakened the atmosphere at La Cigale during her last visit there two years ago. At the time, Kim Wilde came back with her album "Never Say Never", divided between "oldies" and new songs not well known.

This time, the English pop star of the 1980s maintained the atmosphere by chaining hits she's wellknown for and ending the evening with the origin of her success, 'Kids in America' (1981). During a 1:45 non-stop show, Kim Wilde revived her career with an infectious energy, the mythical "Cambodia" and the sensual "Love Blonde".

Proud of her curly blonde hairdo that took "hours" to refine, Kim Wilde enjoyed flirting with the public, offering one new song composed last year by Ricky Wilde. In addition to her brother's creations, origin of most of her hits, Kim Wilde embellished her show with other songs that participated in her success, "You keep me hangin'on" and "Anyplace, Anywhere, Anytime", an English version of a 1980s success of the recently reprised duet with German singer Nena.

Like in 2007, she revisited "Enjoy the Silence" by Depeche Mode and successfully launched into a track in French, "Ça plane pour moi" by Plastic Bertrand. Kim Wilde was a global star in the early 1980s, just before the Madonna got her turn. Last September, Madonna served a show at the Stade de France where she made her gymnastics play-back, not actually singing - more or less right - a few songs. Kim Wilde was content to La Cigale, but when she grabs the microphone, her voice is impressive, beautiful, accompanied by exceptional musicians and not a playback tape. After all, is that not what is expected of a singer on stage? 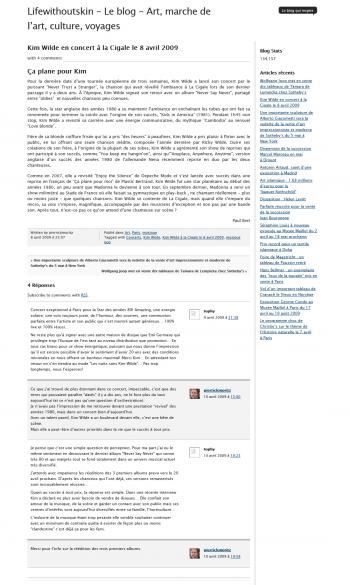 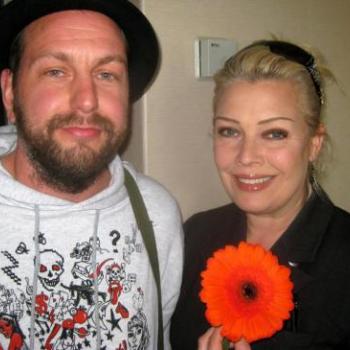