Here's to cuffs and armpit hair

Eighties icon Kim Wilde about her new songs, old clothes and the feeling of becoming 50.

The Eighties are once again very hip. What do you think when you see young girls in leggings and sleeves?
Often I have to smile about it, then it seems to me as if the whole thing happened yesterday. Sometimes it feels but also such a manner as it were one million years ago. In general, it pleases me when I meet people in the eighties look. It makes me think good memories. Of a style that was artistic, angular, punky. I liked the time.

If your old videos like "Kids in America" see, are there little things awkward for you? Nena always had to defend for her unshaven armpits time and again...
Nena's armpit hair, wonderful! No, seriously: When I see the old videos, I see the girl with much affection, I was 21. It is sweet! It's its own thing, I didn't dress up so extremly at the time anyway, like the other bands, The Human League, for example, the New Romantics. I got my jacket in the second hand store, bought jeans and striped t-shirts. It was not terribly different from the things that I wear today. My thing was more rock'n'roll.

Her father Marty Wilde is one of the founding fathers of British rock'n'roll.
It's got a lot to do with that. The record collection of my parents has influenced me very naturally: records of the Beatles, as they no longer were the Beatles, Wings I loved because of Linda McCartney. I also heard Joni Mitchell, Carole King, Paul Simon and especially Abba! At home there were always fascinating music in a whole different direction, like Frank Sinatra and Tchaikovsky. Rock 'n' Roll there was obviously very important - Elvis Presley, Eddie Chochrane Gene Vincent. When I started, I try with my own songs, I was first quite uncertain about where I belong.

Did your parents house constantly play host to wild party people going in and out?
No, the hi-fi setup my father had would have been far too valuable. He was as fanatical and has purchased a sound system at its best. It looked like at that time as the relays for a heart clinic! The plant was enthroned at the center of our living room - and no one dared come too close to the thing.

When you see today's addicted stars like Amy Winehouse - do you think the pop world in the eighties was innocent?
Innocent I would not say. I also knew many who were then heavily on the road, took drugs and so on. I have always kept out of these things, the excesses.

There aren't that much scandals in your pop career. Nena I remember once again, you and here are friends.
Right. We only see each other rarely, but when it happens, the connection is very strong. We come from the same era, both times were with a giant success - partly shared success if you think of 'Anyplace, Anywhere, Anytime'...

...the cover you did together of the old Nena hit.
Nena has me very inspired to get in touch with my inner 'Rock Chick', the rock girlie. Nena has so much fun at what she does, she embraces life in a big way. That's great. Apart from that I love her voice. From her mouth the German language sounds as beautiful as French.

The Rock Chick can be heard in your new songs, such as in 'Hey! You!', a loud glamrocker.
A funny song: As I stand on the street and I complain when a guy that does not want to go out with me. It has something, when a 50-year-old sings this! When I wrote the song, I had my children in mind, especially my daughter Rose and her friends, and if one of them with us at the door and says, 'Can I play with Rose?'. For the song I've allows the fun and thought about how it would be if the adults would behave. What probably would be for games when they say: 'Come out and play! "

It is your first album in four years. Do you get headaches from the dismal sales figures of the current music industry?
Of course, these are tough times for record labels. But times are great for music. There are some fantastic young musicians and bands out there, the Internet is a great forum for them. Moreover, recording technology has now become so affordable. You get a great sound but already out on the iPhone!

You will soon be 50. Nervous?
Not particularly. Aging to me is a good thing - from the feeling side. Generally, for me, things become better and better the older I get. 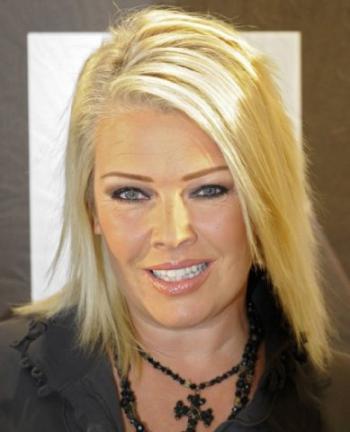 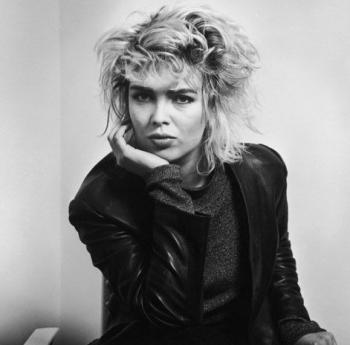 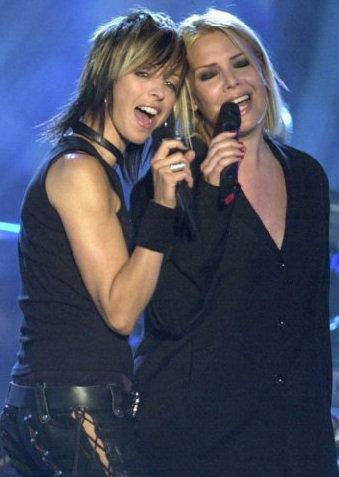 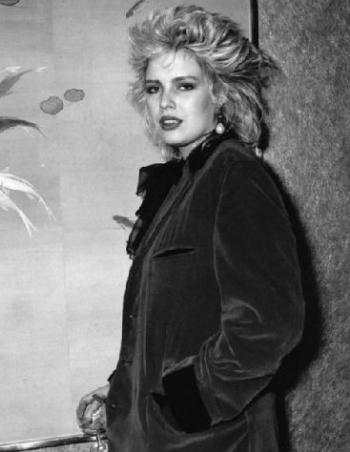 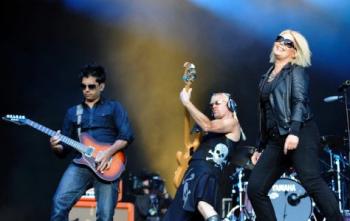