From singing 'Kids in America' to potting petunias in Hertfordshire, Kim Wilde is the definitive green-fingered goddess. With a new album out this year and a clutch of gardening books and awards under her belt, we asked the secret of her green fingers.

What's the best thing about being a gardener?
It's good to smash perceptions. People make judgements about others based on their religion, skin colour, where they live, how they speak or dress. If someone hears a great pop tune coming out of the mouth of a 50-year-old gardening junkie, it might make them question stereotypes.

You won gold at the Chelsea Flower Show in 2005. What was your secret for success?
It's vital that you're passionate about the project because it's going to involved a lot of hard work. My gardening partner, Richard Lucas, and I were inspired by the landscape of Cumbria and hatched a plan to enter a garden at Chelsea. The design and choice of plants came easily but the hard part was the logistics - making sure all the flowers were in bloom at the same time. It's not just a foray into your imagination and a love of plants; there's a lot of mundane paperwork too.

What is it that inspires you about the Lake District?
I go there with my family at least two or three times a year. My in-laws live there. Cumbria has to be the jewel in the crown of the UK. The people there have had a tough time (after the floods) and they've been fantastic and beaten the odds. They're resilient and flexible. I love Keswick in particular - I feel totally at home there.

You've got a new album out this year - what can you tell us about it?
Turning 50, I want to write a really kick-ass rock and roll album - I'm not going out gracefully. I'm very excited about the project: it's coming on brilliantly and will be out later this year. I told all my friends to lay bets that Kim Wilde is going to have a really big hit in 2010.

You were the tv presenter for Chelsea one year. Would you do it again?
I did some reporting for the BBC but they never asked me back. Presenting isn't my bag so I don't blame them. I was happier to be at the show with mud under my nails and soil in my hair than in a pretty frock with a microphone. The next year they ended up interviewing me when I got my gold medal, which made me smile. 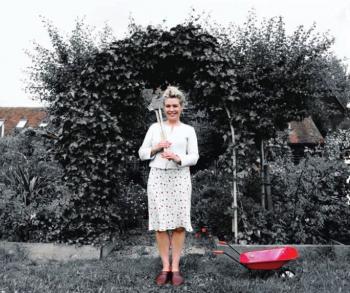