Pop singer Kim Wilde is on tour to promote her latest album “Come Out And Play”. This evening she was in Utrecht (The Netherlands).

Kim Wilde got her name and fame in the 80’s when she scored several hits. Between 1995 and 2006 there were no albums released but a duet with German popstar Nena called “Anyplace Anywhere Anytime”. Got her back on track with a whole new generation fan base that got to know her via this song. This song was played quite early in tonight’s set which was a good choice. In no time the audience was on her hands. Not that the blonde femme would have to do much for that, they have a dedicated fan base that gives her presents through the set and jumps up and down. Just like a Justin Bieber concert but with more mature fans.

Kim herself is in the same good mood as the fans are, smiling a lot, talking to her audience and introduce her family/band. After a couple of older songs, she plays some new material as well, which not everyone in the audience seem to be familiar with but are instantly picked up due its catchiness. Also included are some songs played acoustically, which brings the show a bit to rest. Kim plays the song “Jessica” on keys herself. It is a song she wrote for her dog and can be found on her latest release. Her crew seem to play a little trick on Kim, they included some sound effects after the it, making it sound like the dog was shot. Luckily Kim can laugh about it, as there does not seem to be anything that can spoil her mood this night.

Towards the end of the concert we get a cover song, “Forever Young” by Alphaville. About age Kim does not have to worry much, the finals songs of this two hour set are quite active and probably the most known songs of Kim Wilde: “Keep Me Hangin’ On” and “Kids in America”. The audience is still in love with Kim and her music, she gives wonderful shows, with gorgeous lightning and quite some variation in the tracks. Something that really comes forward seeing this show is that Kim Wilde is keeping her music in line. The older material still relates to what she makes nowadays and that is probably why the fans still stick with her. 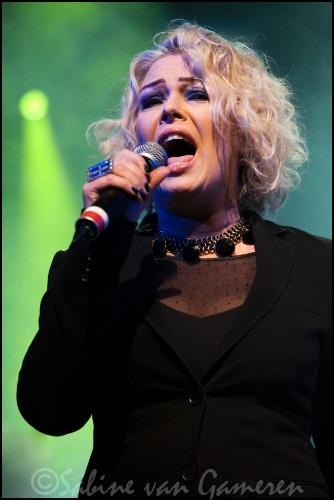 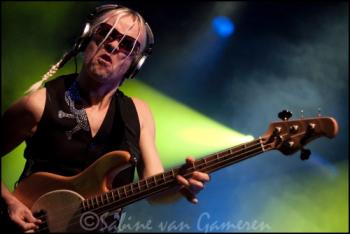 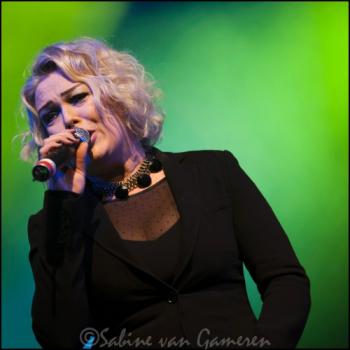