With a refreshing presentation by Barbara Schöneberger and distinguished guests of the "Dream Ball 2011" in Berlin was a brilliant climax of this year. "Guest" editor Emma P. was on the road on this evening at the Ritz Carlton for "Red Carpet Reporter" and was particularly interested in the men who stood at the "Dream Ball", understandably, in the second row.

What an evening! Claudia Rutt invited us to the Dream Ball 2011 at the Ritz Carlton Berlin. DKMS LIFE has set itself the goal to conjure a smile on the face of cancer patients. This creates the association while he teaches courses such as "joy of life - your hair program for cancer patients", which have been launched in collaboration with DKMS LIFE and L'Oréal Professionnel. Patients can be advised by specially trained stylists on how to solve the problem of temporary baldness. Even cosmetics seminars are offered, in which the women learn how to apply make-up, to get to feel beautiful again despite their disease, because who will feel good, better health.

This evening the women were in the foreground and that's what interested me the men who were this time in the second row. When I first grabbed Sky Dumont, who was not out of sight of his wife Mirja - and vice versa too. Both were very charming, and I must say, Sky Dumont still looks like a prince - and that will probably always remain so. I asked him if he thinks it would be an exception, that Rafael van der Vaart stayed at his wife Sylvie's side during those heavy days. He promptly replied that it would be a matter of course for him to keep in good times and bad times together. This starts in small things, such as, for example, to accompany his wife to a ball. That would be quite a sacrifice for him, but in return, his wife accompanied him to the football stadium. I think this must be love!

And then she came, a dream in red was patiently interviewing and photographing. Sylvie van der Vaart. She told me that it should be normal to hold together in difficult times. If that does not succeed, the marriage would be doomed to failure anyway. Only true love could withstand hard blows. She's right, because there are also marriage that break down because of toothpaste tubes.

Now I was glad to see Lothar Matthaus and indeed, he introduced himself to me. I had only one question: "Would you stay with your girlfriend if she has cancer, to stand by her side as Rafael van der Vaart did?" His answer was unequivocal: "If love is big and strong, it can survive anything." Well, Mr. Matthew, at least you were honest.

Scheider Rolfe replied to my question whether he believes in true love, with shining eyes: "Yes". He also told me that his love was his last great love, and it was difficult sometimes, to bring the needs of both partners under one roof. His ex and he still have a very good relationship and one never knows...

Jogi Löw came around the corner and told me that Sylvie and Rafael van der Vaart showed, what give and take means in a marriage. Even if Rafael was sick, Sylvie stood by his side, and for him that's the sign of a good marriage. Yes, this marriage he called exemplary. I would have liked to continue, but now it was time to go into the hall, because the evening was to begin.

No-one could imagine a more enchanting presenter than Barbara Schöneberger. For nearly five hours she was in a dream gown on stage and she never showed any signs of boredom. Extremely quick-witted she mastered everything unforeseen and surprised us with a vocal contribution. So they sang e.g. "Smile" to match the theme of the evening. Checks were distributed and then the really exciting moments. The presence of Melek Civantürk who learned at 19 that she had cancer and during the filming of Germanys Next Top Model 2011. She had to get out and now supports DKMS LIFE cosmetics seminars. A dedicated young woman - hats off!

Wonderful was the comedian Peter Shub. Here I skip the words and just say: GO SEE HIM. During the dinner the band played "Chris Genteman Group" jazzy chill-out music. A pleasure for music lovers! Then I was able to talk briefly with Julia Neigel. A very warm and humble personality, which is about to give in Bernau unplugged a wonderful program for the best. Too bad that she has not sung on this evening, but it's nice that after a long break again is musically active.

My personal highlight was Milov, who offered hits with "only" a great guitar player. But it went further. After Emma Willis, wife of Hollywood star Bruce Willis, the "Lady Luck" for the raffle had played, it seemed - Kim Wilde. She came, sang and conquered. The 80s sound is still in my ears, the audience went wild, despite the late hour.

All in all it was a ball that voted thoughtfully, yet brought a smile to all faces. A ball to the strong women of course. Thanks to the hostess Claudia Rutt. 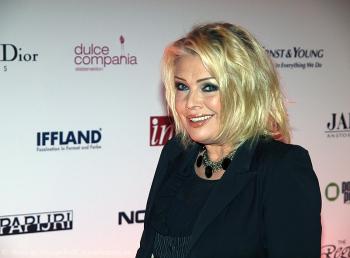 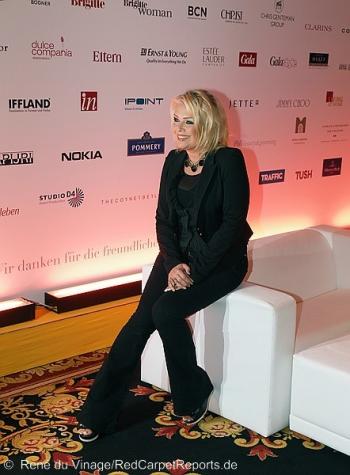 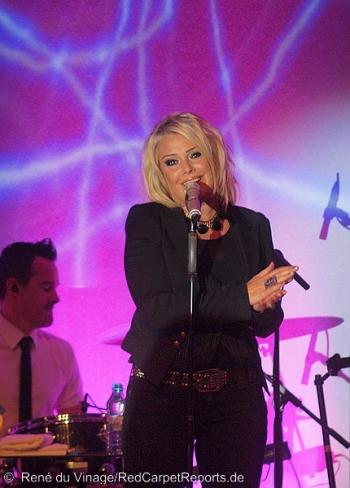 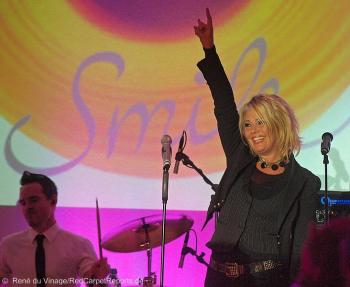