Kim Wilde is looking forward to performing in Frederikshavn

Kim Wilde believes that the Belgian symphony orchestra will make her hits a new experience.

It is one of the great '80s icons, who comes to visit in Frederikshavn in connection with the show Night Of The Proms on 2 April in the Arena Nord. 'I am looking forward so much to come to Frederikshavn', says Kim Wilde to Nordjyske. The British pop star has through time adorned the walls of many teenage rooms because of hits like "Kids In America", "You Keep Me Hangin 'On" and "If I Can not Have You" - not to mention the Christmas hit "Rockin' Around The Christmas Tree". Kim Wilde promises Frederikshavners that there will be something to look forward to. She has previously appeared in Night Of The Proms.

'When I was contacted, I actually thought that it was a difficult concept to understand. It was only when I saw the show myself that I understood what it was,' explains Kim Wilde. Today's 51-year-old singer was deeply impressed by the promenade concert. 'I was totally blown away and I could not wait until I had the tour', she says. 'It was a unique musical experience.'

Kim Wilde broke through in 1981 with "Kids In America" - and here 30 years later it is still on and many of her old songs that people know best.
'It's very funny that they are the ones that people still want to hear' laughs Kim Wilde. Today she is enjoying playing his oldest songs for the audience - but this has not always been. 'I actually stopped performing my old hits in a while when I got married', she says. At that time - in 1996 - Kim Wilde needed a break. 'I didn't miss it very much to sing, and I missed the old hits least of all. I had lost the joy that I had at the years before, so it was time to move on and do something else with my life', says Kim Wilde, who in subsequent years had two children with her husband Hal Fowler.

A life as a landscape gardener

Kim Wilde's goodbye to the music industry led her into a trail, which she had never dreamed of. 'I would never have guessed that I would end up with a career as a gardener', laughs Kim Wilde. 'It started basically just as a passion that I used for my own sake. But before I knew it, I was enrolled at a local college where I studied.' Things took a fast pace, because when Kim Wilde had completed training as a landscape gardener, she was hired to create a gardening program on TV channel Channel 4 - and in the following two seasons it was the BBC which made use of her green fingers.

'I was very excited about it because it was very creative. All the passion that I had had for the music, I could now put in the horticultural sector. And the passion I still have, says Kim Wilde.

Back to the music

Only in 2001 came Kim Wilde back to the music - a few appearances as a guest star made her realize that she enjoyed it. The joy of the old hits was recovered. 'When I started to sing them again, then I realized how much I had missed it. Singing "Kids In America" again was like putting on a comfortable old coat', she says. Kim Wilde has therefore again started her music career and as recently as August 2010 she brought out a new album called "Lights Down Low". 'The new album is very influenced by the past. We have tried to capture something of the feeling and energy that characterized the '80s.'

In Night Of The Proms will be solely Kim Wilde's greatest classics, as people come to hear - but with the Belgian orchestra Il Novecento in the back she promises that it will be a new experience. 'It's a whole new way to listen to songs that you know very well and it brings new energy into it. It is a very powerful feeling for me, and I also think that the audience will feel it very strongly', says Kim Wilde. 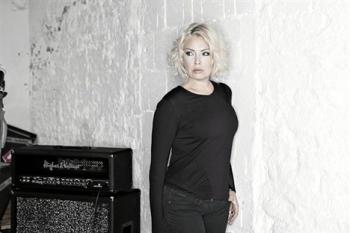