Kim Wilde: "It's the great thing about pop music: it makes you younger"

Kim Wilde is considered a pop diva and icon of the Eighties. As daughter of the rock 'n' roll singer Marty Wilde and his wife Joyce (The Vernon Girls), born in London in 1960, Kim Wilde achieved world fame with 'Kids in America' in 1981. Hits like 'Chequered love' (1981), 'Water on glass' (1981), 'Cambodia' (1981), 'You keep me hangin' on' (1986) and 'Never trust a stranger' (1988) followed. In the mid-Nineties she left the music album after the flopped album 'Now and Forever', throwing herself into her husband, her children and a horticultural study instead. In Great Britain she started a new career as presenter of gardening programmes on television.

In 2003 she suddenly came back in music. Her duet with Nena, 'Anyplace, anywhere, anytime' became a commercial success in Germany. Nena's songwriter and producer Uwe Fahrenkrog-Petersen produced her next album 'Never say never' in 2006, and in 2010 Kim Wilde had a comeback with 'Come out and play'.

The interview took place by phone during her tour in Germany in the spring of 2011.

Today Stuttgart, tomorrow Dresden, big halls in 2011. Congratulations with your successful new album. But how do you explain the fact that you're so successful in countries like Germany and France, while you're not noticed at all in other countries?
Well, I have been here for some time and I have a certain amount of fame, not just in Germany and France by the way, but also in England and other countries. I think that I do well with people who had a good time in the Eighties first and foremost. The people remember 'Kids in America', when I was 20, maybe the way they remember their first kiss, and now I'm 50. It gives a sense of familiarity. But after all it'sabout the music that attracts the people. Through the years I have recoded a few songs that have conquered a place in people's hearts.

When you compare your live performances with your own debut tour, has the response from the audience changed?
I have toured more over the last few years than I did in the first ten years. Live music is popular again and I'm willing to satisfy the demand. And I enjoy it more myself these days, because I have learned as a performer and my voice has become better, more mature. There are much more people coming to my concerts these days and they get transported back to their time as a teenager. I have no idea how they do it, but it's the great thing about pop music: it makes you younger.

What did Karl Lagerfeld say? Youth is the biggest enemy of older people? Getting older is not for cowards? Do you agree?
I don't think much about my age and the process of getting older anymore. When one is younger, one may have bigger pressure to live up to certain expectations. But I am careful about eating healthy, I don't smoke, I'm not interested in drugs, sometimes a few glasses of wine, that's all. In these respects I'm quite rational. The fact that I go on stage tonight and am allowed to perform in front of a group of people, who want to see me, is truly the best I can imagine at my age.

What are the moments where you feel your age?
Sometimes it's funny when I talk with younger people about artists of the Eighties and they look at me as if I talk Chinese...

Who, for example?
Many 18-year-olds don't know names like Adam Ant. I always have to smile.

Oh yes, Adam Ant, I remember him. Sometimes you heard about him smashing down things in a pub. But he's about to make a comeback too. Which aspect of your success is important to you?
I am mostly proud that at 50 I have made one of the best albums of my career. I get a lot of recognition for that and the tour is visited well, so I have to be doing something right. And that I can be good-humoured about it all and haven't become completely crazy. There are so many people who can't deal with popularity, it goes to their heads.
But most important are things that have nothing to do with my career, my children for example.

Do you believe it's harder these days to get into the music business, than 30 years ago, when you and Adam Ant started?
I don't think so. I followed the start of Jessie J's career and she has become very successful in England. I am sure that it will continue internationally. It reminds me of myself when I started out with 'Kids in America'.
Like before, one only needs the right songs and something unique, which clicks with people. It hasn't changed at all. Because you can reach more people instantly via the internet, it probably has become easier. Yesterday I downloaded an album myself. One doesn't need to go anywhere, just push a few buttons on the iPhone. Fantastic. I believe that the time for music and songwriters and performing musicians couldn't be better.

So aren't you mourning the times of vinyl and record players?
I do miss holding a record cover in my hands and reading the lyrics. But one gets the information from other sources now. I am not nostalgic, but happy that I lived during those times.

You say you enjoy touring more than you did before. What else has changed for you during the last 30 years? And what hasn't changed at all?
I am more relaxed, much happier than I was then. I worried a lot about things. It's obvious, when you're 20, there are lots of things to worry about. You're just finding out who you are, what you want, your abilities and your inabilities. While travelling around the world and trying to keep up with the success. When you've spent more time on this planet, one is more effective dealing with day to day problems. It makes life a lot easier. But besides that I haven't changed much.

Was your father Marty Wilde a role model for you in this respect?
I do believe so. He always had a healthy outlook on his success. He was very famous in the late Fifties and early Sixties and used his fame as a tool, which he could use according to the situation, but it could also be stowed away. His fame was a privilege for him and was used wisely.

In 1988 you were on tour with Michael Jackson, and in 1990 you played with David Bowie. What did you learn from these artists?
During the Michael Jackson thing I reached my limits, it's when I discovered my own level of professionality. It was the longest tour I did in years, almost 30 concerts in a months, and I could watch Michael Jackson every day. He was on the one hand very inspiring and I have certainly used some of it for my own performances, but at the same time it was also very obvious that fame drove him into isolation. I didn't want to live like that.

Later you have taken part in various oldies and Eighties revival tours. Do you feel taken seriously as an artist when the audience exclusively wants to hear the old hits?
I was not active in music at all for some years, between 1996 and 2003, becuse I wanted to take care of my children, and I didn't sing those songs at all. During this phase the gardening work was more important for me, I studied landscape gardening and somehow it was offered to me to present gardening programmes on television, like 'Better Gardens'.
But when the music from the Eighties became popular again, the request came if I had interest to perform as part of a revival tour. At first I was sceptical and I refused to do it, but after a while, when the children were a little older, I thought it could be fun, to perform with my old idols like Human League, Heaven 17, ABC. And so I did it and it's wonderful to perform those old Eighties songs.

Are there still gardening shows?
No. I have presented some 40 to 50 shows, that's a lot, but the programme started to lose its momentum. It was a great experience, to get to know the world of television, and learning all about it. During the Nineties music didn't seem as fun anymore and I pulled out from that business. And before I knew it I had two children and found myself in television. It was exciting. But also a lot of stress. I enjoyed meeting this challenge.
Now, doing two professions at once and being a good mother is too much even for me. And so I returned to music, or to put it in another way, music got back to me. But when this tour ends, I hope there's a little time left besides the Kim Wilde work to get into the garden and to devote myself to my plants. I look forward to the next spring, the next summer.

But you could have continued in television?
Sure, if they'd managed to persuade me. But in 2003 the opportunity came up to work with Nena and her producer Uwe Fahrenkrog-Petersen. "Anyplace, anywhere, anytime" was a big success, especially in Germany, but also in Scandinavia and the Netherlands, and it convinced me to go on with my music career. I am very grateful it worked out, and the timing was perfect. And I still have gardening for balance. 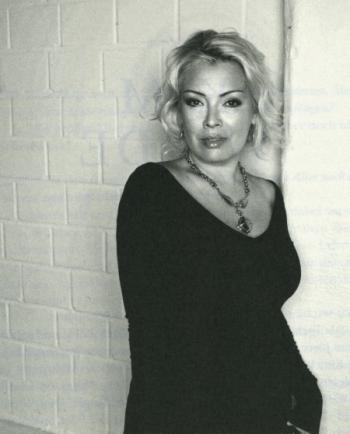 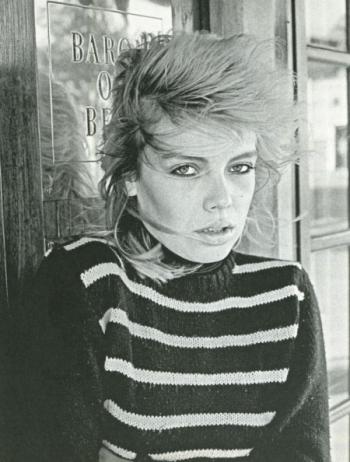