Kim Wilde's live tour, which takes her through Europe for the promotion of her latest album 'Come out and play', released on February 28 in France, visited La Cigale in Paris on March 18. Before then, during a concert in Stuttgart, Germany, the one we nicknamed Brigitte Bardot of rock in the Eighties has willingly answered questions from JBM.

In March 1981, you began your career with the hit "Kids in America '. Thirty years after, how do you promote your new album, 'Come out and play?
We wanted to make an album similar to those of my debut ("Kids in America ',' Select ') in terms of writing lyrics, musical influences and production. Even if it is thirty years since I made my debut, I always look upon the release of each of my records as a new milestone in my career. I particularly like this last album, especially since I now am 50 years old. Who would have thought that Kim Wilde would release another cd at 50 years?

How do you think the record industry has evolved in recent years?
My first albums were released on vinyl and cassette, then through the years, these formats have been replaced by the CD. In the early 80s, there was no internet and digital technologies of today. It is therefore not surprising that there have been such changes in recent years in the music industry whether for writing, recording and promoting an album. However, there is one thing that remains intact: the creation, it remains queen.

You always seem as passionate about music but you are never really considered a rock star.
I always felt good knowing how to manage my reputation, that I put in the closet and that sometimes I come out occasionally. When I'm on tour, I take my image seriously as a rock-star, which allows me to go on stage and do my show. Then, back at the hotel, after wiping off the make-up, it's easy to forget that Kim Wilde was a real person.

Why did you take a break from your career for a long time?
This amused me no more.

At present, it is easier for you to reconcile career and family life?
From that side, I think I'm doing pretty well. I always invest a lot of energy and passion in everything I do, although I find it a little exhausting at times like any human being. The older I get, the more I become aware that it is important to enjoy every moment of life.

What is the first song you wrote for 'Come out and play? How were you inspired?
The first song I wrote is called 'King of the world', it also opens the album. It is a very personal track that I composed in Stockholm with Fredrick Thomander and Anders Wikström. I wrote after the sudden death of a dear friend of mine, Patrick Olaf Jordan, in April 2009. In this song, I explain that life would be much better if there were more people like him who attached more importance to positive things in life in general.

Your new single, "Lights Down Low ', was just released in France.
It's a song that was suggested by Henry Guerno, one of the producers of my new record company in Germany, Starwatch. However, it was written by two English composers. I loved it from the first listen. This is a highly efficient, very modern track, even if it contains some sounds of the 80s. I love to sing it, especially on stage.

There are two tracks, 'Real life' and 'I Want What I Want', which were previously performed by singers from a German reality TV show. Why did you choose them?
I love these songs and I thought they would be excellent for my voice. My version of 'I Want What I Want' is also very different from those already registered. I think that, whatever his interpreter, a good title is a good title, do not you think?

Who worked on this album?
I worked for writing songs with my brother Ricky Wilde, Rob Davis (who previously collaborated with Kylie Minogue), Robert Habolim, Fredrick Thomander and Anders Wikström of Epic. My brother has also produced this album with Andrew Murray, Philip Larsen and John McLaughlin. The tracks on this disc were recorded fairly quickly to keep all the freshness and spontaneity. Although several people worked in close participation, it all sounds very consistent.

What is your favorite track on the album?
I have a preference at this time to 'Get out' who is my new single in Germany. It is a pleasure to perform every night on stage during the tour.

Do you still love the stage?
More than ever! I love touring with my band and my team with whom I spend really pleasant moments. Obviously, there is also the spontaneous reaction of the crowd! The stage is the only place that allows a privileged artist to share with his audience. 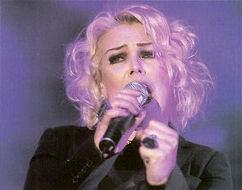 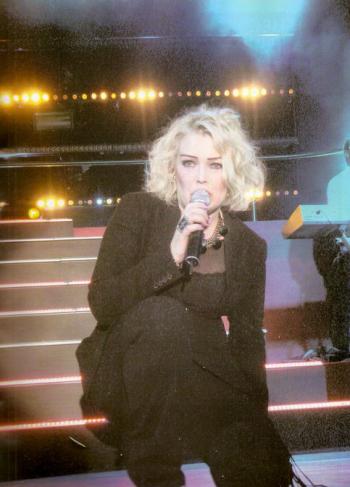