Kim Wilde and the audience do the same and make a great Eighties Party in the Old Opera House. The message of the "Princess of Pop": "Let us not be too serious, because ultimately it all about pop music here!"

One can readily understand the skeptics. Those who have always had problems with the chart-pop of the eighties in terms of sound, style and confidence and with the now several years of success because of that Revival blatantly retro feel more have long been a problem. The two hours to bring Kim Wilde live at the Alte Oper in theory, of course, all the predictable horror to the point, with the final touch, the sound chamber of the Great Hall and Wilde's sound are not at all compatible.

But in practice, the devilish Brasig mixture of broadband synthiquark, contrived slap bass, rock guitars and Kim Wilde's sometimes stinging, fifty year old girl singing irritates no one after only a few minutes. For hardly the first song of the evening has died, "King of the World", also opening track of their latest album "Come out and play", the music harks back to "Chequered Love", the first single from the year 1981. The clapping starts, the eighties hit machine rolled. And Ms. Wilde's brother, producer, co-author and live guitarist Ricky has ensured that the new songs, including the single "Lights Down Low", sound like the old ones.

"Let us not be too serious to be, because ultimately it's all about the pop music here," says the still peroxide blonde "Princess of Pop" happily between her new song "Suicide" on the environmental destruction and her old soldiers romantic drama "Cambodia". This remains the only substantive irritation of the evening. Professional and friendly at the same time,  Kim Wilde wants nothing more than her fans, namely the party, the good times, the evocation of familiar melodies.

And so it goes for the musicians and singers - niece Scarlett is the background singer - cheerful upstairs and downstairs through the many steps of the stage setup, sometimes a bit stiff in the hips, but always in the spotlight, which also regularly shine on the audience. They actually manage to cover Nena "Anyplace, anywhere, anytime" to headbang sitting on the upholstered chair and play air drums. "Oh, isn't it nice to spend this time together this way", sighs Mrs. Wilde, giggling as she sits down with the family members for a little acoustic session, including "Love Blonde".

Mrs. Wilde's friend Nena is not the only spirit of the eighties that evening. "Forever Young" by the recently resuscitated Alphaville, the only real ballad of the program is used for the great melancholy arms swinging. Even Kajagoogoo is on stage in the form of bassist Nick Beggs, who is a bit responsible for the visual craziness with his voodoo outfit. "The whole band does actually look like the villains in the Miami Vice series," someone says later, when going out, and in fact, the band has everything from the wide suspenders over silk jackets to the dark sunglasses.

The star contributes to the obligatory striped shirt at the final song "Kids in America", basic black. So she shows style. And she also demonstrates sovereignty, when she doesn't hide a few wrong notes in the singing. Thus, in the end even the skeptics admit that two hours Kim Wilde live in the Old Opera House in February 2011 constitute one of the lesser evils of the retro-eighties. 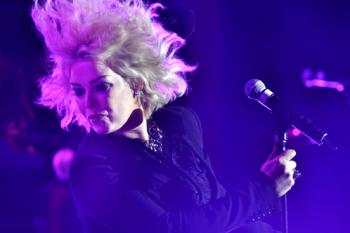 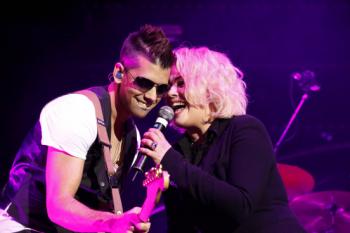 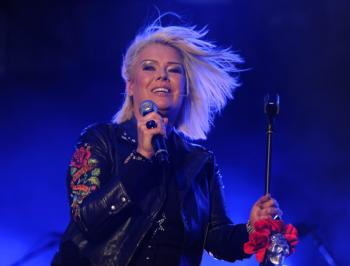 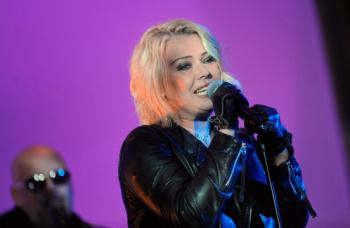 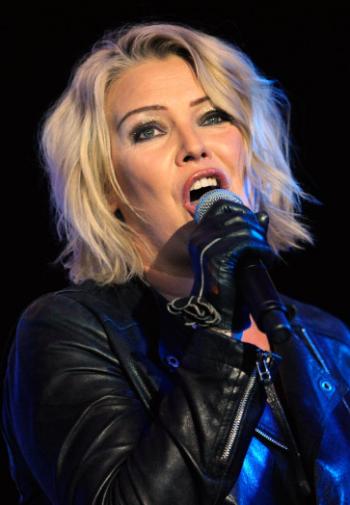