Snapshots from the life of a pop star

The British singer Kim Wilde is celebrating her 30 years in the music business with the album "Snapshots". 24timer has talked to her about her musical and private ups and downs, she has experienced through her 3 decades as a pop star.

This year Kim Wilde can celebrate her musical 30th anniversary. The English singer does that buy releasing the album "Snapshots" - and look back at 3 decades of private and professional ups and downs together with 24timer.

"This must be right at the beginning. It was a great, great time. My career had just started and I needed to learn how to perform. How to act in front of an audience. It is only within the last 10 years, I feel I have become the performer I wanted to be. I had my breakthrough when MTV ruled, and there was a lot of focus on the music video. The 80's wasn't a good period for the live music, because it was impossible the create the well polished sound from the records. That is possible today."

1988 Friends in spite of everything

"I remember I saw Boy George in the audience once, while I was on "Top of the pops". It was before he became famous, so I didn't know him, but I thought he looked interesting. I didn't know if it was a man or a woman. Later we became...I think I can use the word friends. His social world was, and still is, very different to mine. I was never the one to hang out on nightclubs, George was. We never went out on the town together, but when we met there was a good atmosphere. We sometimes Twitter each other.

"Wow, I am 30 years old here. I am a hot potato. It was an interesting time. I had spend most of my 20's to make hit records and travel around the world. When I hit my 30's it became more calm and quiet. I moved from London to Hertfordshire, where I bought an old barn I moved into. I was "very" single, and disappointed that I was. My mother got married at 18, and when I turned 30 without haven met a man, I thought it was never going to happen to me. But in a way the 30's became my 20's. My career didn't demand so much of me anymore, so suddenly I could focus on other stuff. I did enjoy my relationships more than when I was younger. They were more fun and not so hard on the heart. I dated a string of younger guys, and it was so much fun. I have always liked the younger men.

"Tivoli is just the most beautiful place. An enchanted garden. I feel so lucky to have had a career that has taken me to so many beautiful places. I have woken up in Hamburg, in Paris, in Copenhagen. Not a lot of people has a job where this happens, and I feel very blessed. My earlier lives must have been horrible, because I have all the good things in this life. I must really have been suffering in my earlier lives.

I agreed to do the musical "Tommy", as I saw it as a kind of transition from the music. I had released an album, without much attention and I thought my time was over. So it felt like a good time to do something different. I could learn a little about acting, I was still able to sing rock music and I knew that for the first time in many years I didn't have to travel anywhere. It turned out to be the best decision I have ever taken. I met my husband at "Tommy" and we got married 6 months later. So it became the beginning to the next - and most important chapter of my life. I also learned something new, to "stand still". It is important to take on vacation, to relax and focus on your family and on yourself. It is really hard and the only reason I have learned to do it, is through my children. I learned one very important thing - If you really are working hard, you also have to work hard in your spare time. "Work hard, play hard". That's what I try do these days.

"That is nice with the little flower on the cheek. I look really "mummy" on that one. A mum shirt and a few double chins. Not much make-up on and you can see I am enjoying life as a mom - and as a person out of the lime light. It was great to get out of the music industry and go back to school (Kim Wilde took an education as a gardener around the year 2000). I enjoyed learning new stuff and I enjoyed that it wasn't all about me, me, me.

My career is very different now. There is no pressure and if I told my record company that I wanted to retire tomorrow, they would just say, "yes sure, you do that". This means that the joy of music and performing has come back. It almost feels like a crime getting paid for doing what I do. It is a real privilege. I have known Nick in my band since we were young, and he is one of my best friends, and it has nothing to do with the fact that we both were pop stars. It is something personal. There are lots of earlier pop stars I've met and we do not have this connection. I have known my best friend since we were 8 years old. We are a group of 6 women who has known each other since we were kids, and we still get together. We have always called ourselves "the bitties", which is an expression normally used for old ladies. I think we've always felt that we would grow up and old together, and share our lives. We just saw each other a couple of weeks ago, and it is with the group I feel most relaxed.

With a grand dad who was a teenage idol in the 50's, a mother who topped the charts in the 80's, and an auntie who is singing backing for Kylie Minogue, it is no surprise that Kim Wilde's 11 year old daughter Rose, is showing extraordinary talent musically already.

"The other day she played me a song she had written, and it was fantastic. She had written a lot of different parts, and I helped her make them come together. Music comes naturally to her - Like it does for me and my husband. It is in her DNA". That's the analysis from a proud mother, who is grateful for the many female singers her daughter can look up to. "Back when I came into the business, it was very dominated by men, but that is not the case anymore. I have lots of respect for female musicians like Ellie Goulding, Jessie J and Adele. They have really created something for them self, and they are the ones who has inspired Rose to write her own music." says Kim Wilde.

Her son plays the guitar and "mummy" would like for both him and Rose to follow her footsteps into the music business, but 13 year old Harry has other plans. "He keeps saying, forget it. He wants to be the world champion in skateboarding. I support my children's dreams, no matter how weird they might be. I grew up with parents telling me that I could become whatever I wanted to do, and I try to give my children the same.

I think Harry should become a rock God, he says he wants to ride skateboard. So I tell him that he can be the worlds first guitarist on skateboard, there aren't many of those. He just looks at me and tell me that I am embarrassing."

1960 - Kim Wilde is born on November 18 in London. Her father Marty Wilde was a pop star and her mother Joyce Baker was in the girl group The Vernon girls.
1981 - She releases her first single "Kids in America" and it becomes a big hit in Europe. It is followed by the album "Kim Wilde" and the single "Chequered love".
1982 - Kim Wilde does not sit back and relax. She releases her second album "Select" and has other hits, one of them is "Cambodia". She gives her first concert ever, in Slagelse.
1986 - Kim Wilde makes a cover version of The Supremes "You keep me hangin' on". It makes her one of the 5 British female artists ever to get a US number 1.
1987 - Kim Wilde records the charity hit "Rockin' around the Christmas tree" together with the comedian Mel Smith.
1988 - The singer releases the album "Close" which remains her best selling album. On the record is big hits like "You came" and "Never trust a stranger". Same year she opens for Michael Jackson on his "Bad world tour".
1990-1995 - Kim Wilde releases a string of albums who doesn't reach the same popularity as the previous albums, but she keeps touring.
1996 - She gets offered a part in the rock musical "Tommy" on the Shaftesbury theatre in London. Here she meets the actor Hal Fowler, who she marries 6 months later.
1998-2000 - Kim Wilde becomes mother to first Harry, then Rose. She also go back to school to become a gardener.
2001 - The new career makes her a TV star in several make over programs on gardening. She also joins the Here and now tour, which brings back some of the biggest stars from the 80's.
2003 - The British singer gets yet another hit - this time with the song "Anyplace, anywhere, anytime", a duet with German Nena.
2003-2011 - Kim Wilde releases several books on gardening, and tours with her band.
2011 - She releases "Snapshots" which has cover versions of other artists biggest hits. 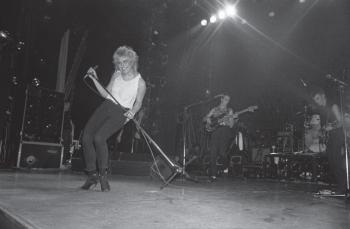 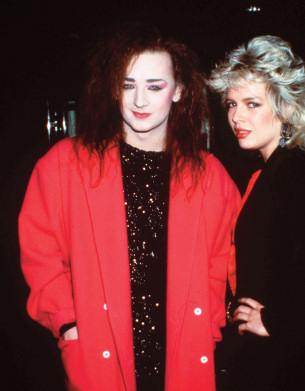 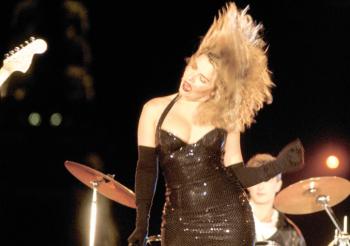 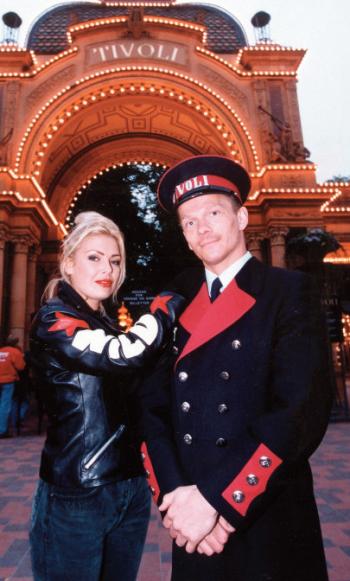 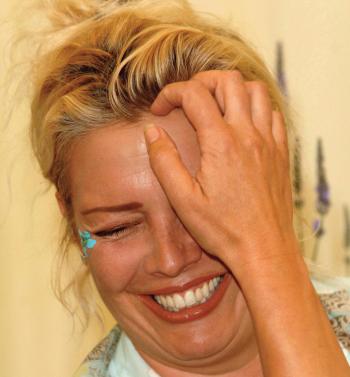 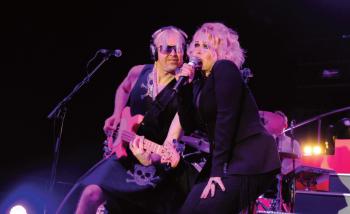 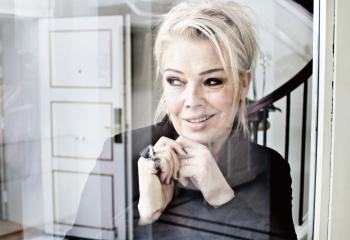