Kim Wilde is 50 years young and in the business for 30 years. SUPERillu spoke with the British pop icon on her 15-year marriage, her children, her passion for music - and the most embarrassing experience of her life.

"At my 50th Birthday I gave myself a great gift", says '80s pop icon Kim Wilde. "I looked back at my past, through old photos and reveling in memories. The result was my new album 'Snapshots'." On it, Kim Wilde sings 14 classics of music history anew - from the Cilla Black hit "Anyone Who Had A Heart" from the 60s through to the Sugababes song "About You Now" from the year 2008.

For her new recording of David Bowie's hit "Kooks" the attractive blonde even sang for the first time in a duet with her husband Hal Fowler. "I remember we sat in the car on the way to the studio, had a disagreement over a minor thing and were a bit grumpy," says Kim Wilde. "Suddenly we started to talk about the song about the romantic text we would sing together. And had to laugh then we no longer knew why we had actually fought ..."

Of course a marriage is not always sunshine and roses. "People have sometimes grumpy days, if you married 15 years." And as Kim Wilde came back on the big stage last year after a long pause in which she was happy as a wife, mother and landscape gardener, it was not easy for the whole family. "My children found it difficult that I was traveling so much. Mainly because they can wrap me around her little fingers, whereas their father is hard as granite on them."

But the marriage had to endure a lot: "My husband has also worked a lot, and we often only met at night, but that's one point in a marriage. When you love yourself, you can deal with all these problems."

Most of the artists, whose work she reinterpreted on their CD, Kim Wilde never met. "Only David Bowie, with whom I had his Greatest Hits tour. A great experience," enthuses the singer. But unlike Bowie, who was experimenting at a young age with any type of drug, Kim Wilde always thought to steer clear of it. "I remember that a friend once offered me cocaine," she says. "I said, 'No thanks, I'm afraid if I try it, it would please me too much." Cocaine has always terrified me. And I think that was the best decision of my life. "

However, she makes a distinction between hard drugs and alcohol - even if she knows the dangers of alcohol. There's a telling story: "Once, on tour, I sat with our promoter in the hotel rooms and philosophizing about life," she says. "We have drunk a bottle of red wine or maybe a little longer ... Anyway: We were in a different hotel every day and at night when I had to go to the bathroom, I opened a door, closed it again - and.. stood in the hallway! Without clothes! " She laughs: "I had to go to the lobby with my arms around my breasts to call for help from the lift. They gave me a new key very quickly. Nevertheless.. It certainly is one of the most embarrassing experiences of my life ..."

Today, the pop diva has become calmer, at least in terms of her party life. But professionally she ventures into entirely new territory - and especially here in Germany: for "Let's have a party - 50 years of pop music," the music show with stars like Robin Gibb, Nik Kershaw, Frank Farian, she will come to Leipzig to present the show together with Ingolf Lück. (Broadcast: October 22, live at 20:15 on 3sat and on November 5 at 0.20 clock on ZDF). "I have never presented a big show like that," she says. "A real challenge, I'm really looking forward to it!" 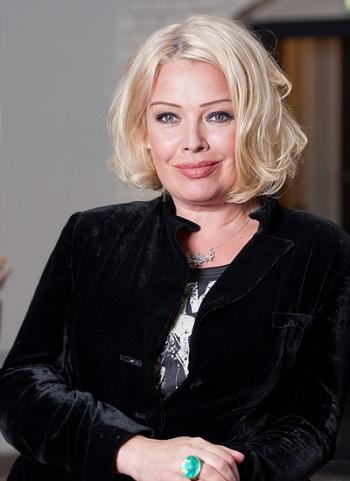 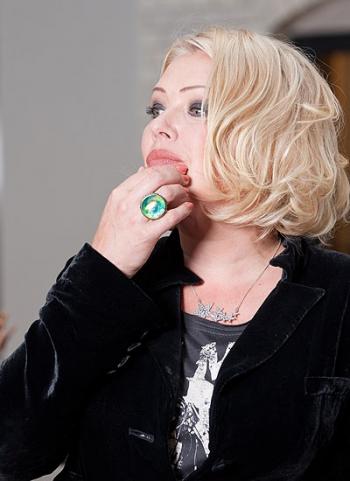 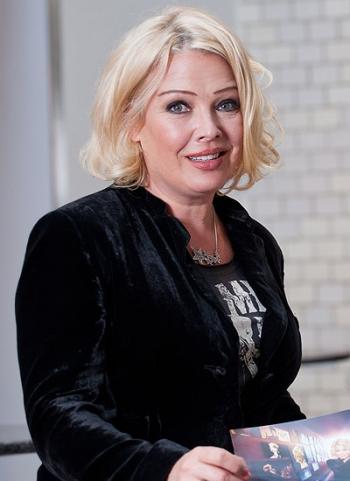 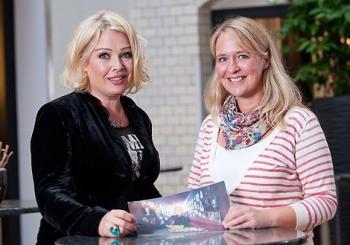