The 80s pop star battled back from depression to reinvent herself as a TV gardener but is back on tour and has her first Christmas album out.

Kim Wilde is as surprised as anyone, but her career is back with a bang at the age of 53. Her first-ever Christmas album is out now and she is currently on her first solo tour in nearly three decades. Amazingly, it’s all thanks to a drunken sing-song that ended up on YouTube. And best of all... this time she’s really enjoying it.

“I feel like I’m back now,” she says with a grin. “I’ve got a taste for it again. I didn’t think I ever would and I have surprised myself, but I’m up for the challenge.” That wasn’t the case in the late 80s when, after nearly a decade of hits starting with Kids In America and sales of 10 million albums, she suffered a breakdown. Recalling her lowest point in 1988, she says she was seen as the girl who had everything while in reality she was struggling to cope.

“I felt more and more estranged from that London lifestyle, going out to restaurants, clubs and being with a lot of people,” she says. “I’d had a lot of success, sold a lot of records, had my health, a beautiful home and a great family. But I had a gaping hole in my life and didn’t know how to fill it. I felt really guilty for feeling like that.”

What she wanted to fill that gap was a husband and children. “That’s what I really wanted but it didn’t seem to be happening,” she says. “I didn’t have anyone to share my life with.”

Her concerned dad Marty, one of Britain’s original rock and roll stars, convinced her to seek help and a doctor diagnosed depression. “They gave me a big bag of all kinds of anti-depressants but by the time I’d got home, I’d lost the lot,” she says. “I felt it was the universe talking to me. I thought, ‘Right, I’m going to have to sort this out myself.’ I just started exercising and looking after myself a bit better.”

Later, after meeting and marrying actor Hal Fowler when they starred together in the musical Tommy in 1996, she quit music to have children – Harry and Rose are 15 and 13 now. Kim went to horticultural college and began a successful second career in gardening, appearing on TV thanks to her new expertise.

Then came her trip home from a Christmas party last year when she burst into song on a packed commuter train. Slurring the words and wobbling the melody, shiny-faced Kim swayed around the carriage in a pair of sparkly reindeer antlers singing Kids In America and Rockin’ Around The Christmas Tree accompanied by her brother Ricky on guitar. A fellow passenger captured the moment and it became a YouTube sensation, scoring more than two million hits.

It could have turned into a ­humiliating disaster for Kim, who admits: “I don’t think I could have been more drunk. I was absolutely ­paralytic. There was a lot of ­difficulty talking that night. The words sound great in your head but when they start coming out of your mouth they all tumble over each other.

“It’s hands-down the most humiliating and embarrassing aspect of it all.” But the humour of the moment and the way Kim laughed it off helped turn her drunken jape into a big career comeback. “It’s something that potentially could have been incredibly negative but I have grabbed hold of it by the antlers and made something very positive,” she says. “I do believe that’s sort of how I live my life. I’m good at taking negative situations and turning them around. Maybe the Christmas angel was talking to me.”

As we meet at London’s Langham Hotel, Kim is all trademark red lips, kohled eyes and stylishly messy peroxide hairdo. She’s full of Christmas cheer too – there will be no impromptu singing today but she is basking in her career revival. “The reaction has been really ­overwhelming, warm and fantastic,” she tells me. It has also helped her to re-evaluate her early success. “I was so young then” she explains. “Now I see it was much more amazing than I probably realised.”

She’s grateful her depression lasted only six months. “A lot of people live with that kind of anxiety their whole life. I was let off lightly,” she says.

To promote her new album Wilde Winter Songbook, which features fellow 1980s star Rick Astley and guest spots for her dad and husband, Kim takes the mickey out of her new fame with a video for Rockin’ Around The Christmas Tree. She even invited the woman who filmed it to join in.

Now she’d love to duet with another star from her past – Adam Ant, who she dated at the height of their careers. “He took me to some swanky restaurants,” she fondly recalls. “I thought he was fantastic and I think he thought the same way about me. Sometimes that chemistry between people either happens or it doesn’t and in our case it didn’t happen in the way we needed to be together. It’s still a lovely memory though.”

Adam has also battled depression and made his own comeback in recent years. Kim says: “I’m really glad. The music has revived him and healed him a lot. I love watching him do well. I sometimes fantasise we’ll do a project or show together. You never know – it might happen.”

Kim had the most chart hits of any UK female solo artist in the 80s but it takes more than that to impress son Harry, who plays guitar in rock band Blighty inc.

“He couldn’t be less interested,” she says. “They rock out. They’re somewhere else with music but I love it all too.”

Rose has also inherited a talent for music and is writing her own songs. Kim says: “We sing all the time. I teach her harmonies like my dad did with me and my brother.”

The family will spend Christmas with her parents in Hertfordshire – so is there no chance that we’ll be treated to Drunk On A Train, Part 2? “I’m not saying it won’t happen again this Christmas at some point – but probably not on a train or in public,” she says with a giggle. “I’m sure I’ll neck a few champagne cocktails, but hopefully in the safety of my parents house after having eaten a nice big Christmas dinner.” 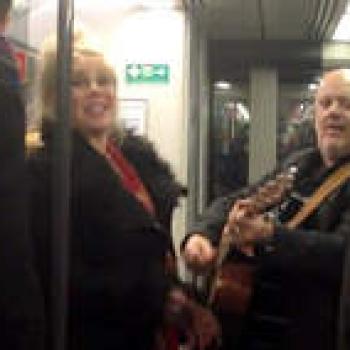 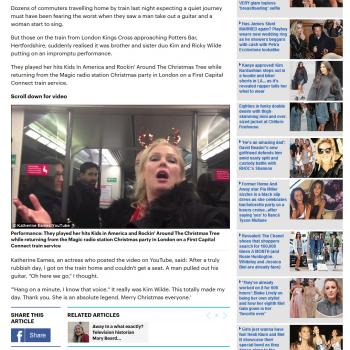 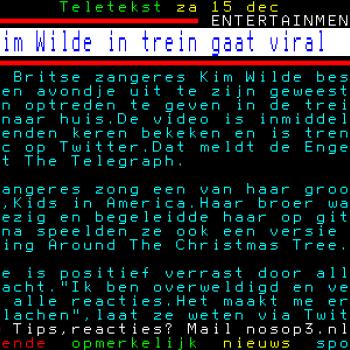 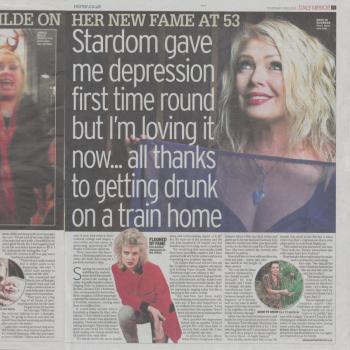 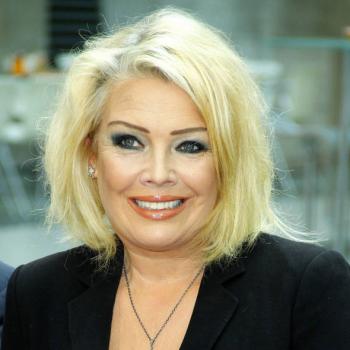