Whatever happened to the 80s Wilde child?

Check out the video of her and brother Ricky breaking into an impromptu performance on a packed train last December. Kim, straight from a boozy bash and sporting a rather fetching pair of light-up reindeer antlers, serenades the baffled cariage with Rockin' Around The Christmas Tree and Kids In America while Ricky plays the guitar. It's had more than two million views on YouTube so far: Vodka lychee cocktails are to blame.

"Thank God for those antlers!" laughs im. "They are the only redeeming feature. Without them I would have looked like some sad old washed-up 1980s icon p***ed on a train. But the great British public were so generous about it - they were really sweet and funny, very understanding. I tell you what though, it was a great party!"

Very merry parties aside, Kim really does love Christmas. So much so, she's about to release her first ever Christmas album and perform her first solo gig on these shores since 1986. The 52-year-old will be in Birmingham, one of only three dates on the mini festive tour, on December 19. Oh, and she'll be bringing fellow 80s legend Nik Kershaw along with her. Bonus.

"It's incredible really that it's been so long since a solo performance here", she says. "Over the years, I've been doing 80s revival shows up and down the country and they've just been getting bigger and better and there's been more reaction, which has buoyed me on to d othis. It would be crazy to do this album and then not go out there and sing the songs. I'll be throwing in a few old hits too, it'll be a laugh. I'm only doing three shows so it's not a big big tour but if it goes wel, we might add on a few extra shows. As for Nik, well he's an amazing guitarist and a b***y gorgeous guy so it's great to have him as a special guest."

Kim - who now describes herself as a 'middle aged housewife from Hertfordshire' - burst on to the music scene in 1981 with her worldwide smash Kids In America. Thirty singles, 10 albums and sales of more than 30 million followed. By 1988, she was performing to more than two million people on a five-month stadium tour with Michael Jackson, swiftly followed by the David Bowie Greatest Hits Tour in 1990.

"Artists that huge are overwhelming and when you're thrown in the deep end you have to learn to swim hard. I found that not only could I swim, I could do the backstroke. It was a great [boost] for my confidence. I was only 20 when I started out and I had that energy and ambition. It was great, I was young and single and to be honest I was as happy as a pig in s**t. I wasn't really interested in the whole 'celebrity/personality' thing but I loved that I was getting to do music and create pop records. That was always my focus. I did get to do amazing things."

But, of course, there were inevitable downsides. Hit-and-miss records, worries about her image and battles with record labels all reared their ugly heads along the way.

"Growing up in public had its price, it wasn't always a teddybears' picnic", she explains. "The scrutiny and the pressure can be painful. It all takes its tool one way or another. I was in the eye of a perfect storm and there was so much anger floating around at times. It's all lovely when you're on this rollercoaster of a career and it's going up but when it starts going down, it takes its toll. One minute you're selling records and doing well and the next it's an uphill struggle. I struggled with the inconsistency of my career and my place in the pop world. I'm not going to lie about that."

However the mum-of-two is now in the perfect place, having found just the right balance between her music career, radio show and passion for all things home and garden.

"All of that pressure has gone now. There are no great expectations from me", says the published author of The First-Time Gardener and Gardening With Children. "That's why I got into gardening because it's the total opposite of the pop star life. I didn't have to wear make-up, I didn't have to be a size eight, no one cared about what I looked like, no one cared about my age. It was refreshing not to have so much focus on my appearance.

"Then I met my wonderful husband [Hal Fowler] and I just wanted to be Mrs Fowler. I threw myself into gardening, baking, cooking - although I've always been a home girl and loved being with family - and there was an enormous sense of freedom. It was great to just get fat and pregnant and not care about a thing. There were no planes to catch, no Kim Wilde to be.

"That's why it's nice to come back with this Christmas album on my own terms with my own label. It's been a real labour of love. It's not just a case of throwing one together and cashing in - I genuinely love Christmas records. I love Michael Bublé and Tracey Thorn's Christmas albums. There's 12 songs on the record, six originals and six covers. Rockin' Around The Christmas Tree is on there and obviously it has added poignancy following the passing of Mel Smith. We've done something very special to it, you'll know when you hear it.

"Christmas can be a wonderful time but also a very lonely time for some and this isn't just your cliché constantly up-beat album, it reflects all the different emotions Christmas can bring. But I've just always loved that time of year. From a little girl to an adult to a parent, it's very special to me. It's a big family time in our house and I'm already counting down the days on Twitter.

"It's that one time of year when the pace finally slows down and you get to spend quality time with your family and friends. I love the movies, the food, the decorations and making it all."

What is left to cover though is the seemingly never-ending momentum for the revival of all things 1980s. Can the original poster girl of the decade explain the phenomenon?

"It's simple really - there were fantastic tunes and great records back then. There's a tendency for people to look down their noses at the 80s but it was a brilliant time. In the 90s, people were obsessed with being cool but the 80s were all about feeling good. People want to recreate that. After all, no one is rushing to bring back the 90s now are they?

"The 80s had better tunes and far more colourful characters. There was a feel-good factor. When I started making music, pop was a dirty word. We'd just had punk and new wave but then I came along and I wanted to make great pop songs. It was the same with Abba, people judged them for being a pop band at first but then they turned into this phenomenon. The people who looked down their noses at first are now the ones running t osee Mamma Mia!.

"These 80s revival concerts are so popular because people want to enjoy classic pop tunes. They are finally giving pop music the credit it deserves. After all, the 80s wasn't just big hair, shoulder pads and Thatcher." 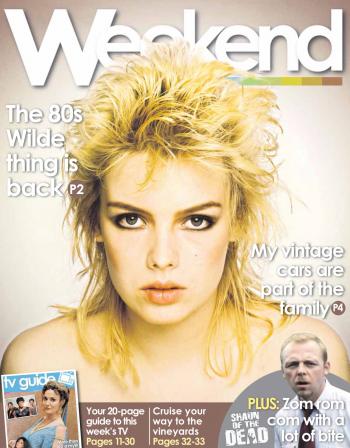 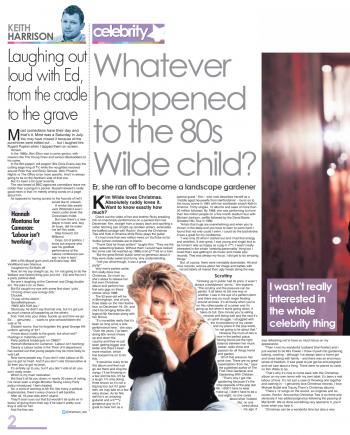 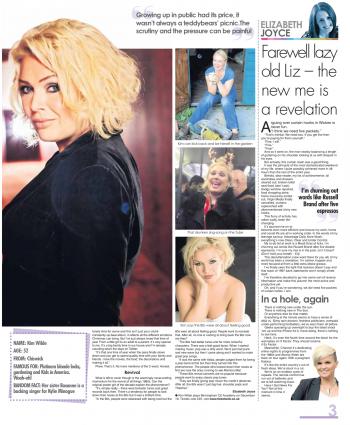