'A lot of people thought that I'd gone mad when I started gardening, but they underestimated me', says singer Kim Wilde. Her, and gardens too, because if anything is rock-'n-roll, it's plants. Says Kim, and she should know.

When singer Kim Wilde comes home after a concert, still wearing her stage clothes, make up on her face, the first thing she does is: 'doing a little weeding. And before I know it hours have gone by. I ruined quite a few clothes that way.' After all the attention from fans, she lands back on her own two feet when she is touching the earth with her hands and feet.

In the Eighties she became world famous with hits like 'Kids in America' and 'You Keep Me Hangin' On'. Ze was thirty years old when she went on tour with Michael Jackson. Her love life was turbulent. Until she met actor Hal Fowler when she was 36 and she longed for a quiet life. She became pregnant and had her first child, Harry, and two years later Rose. Kim didn't sing live anymore and her longing for the countryside became so big that she bought a sixteenth-century barn in Hertfordshire, the area where she moved to with her parents and brother when she was eight.

Born in 1960 as daughter of popstar Marty Wilde, she lived in London during the first years of her life. They had one tiny tree in front of the house. In Hertfordshire she discovered a whole new world. 'I got out of the car, the rhodondendrons were blooming, I smelled the falling leaves, wild flowers and blackberries. It impressed me a lot. I always carried it with me, even during my rock-'n-roll years.'

She wanted the same kind of happiness for her own children. So she bought the barn, renovated it. Two acres of land came with the barn. There were only two willows and a 400 year old oak tree on that land. With a stack of gardening books in her hands the singer cracked on with it. 'I noticed that I was looking at the composition of plants. I did art college, I love colours, shapes and textures, and it felt natural to use that knowledge in nature.'

She decided to go back to school. She did a study of garden design at the famous Capel Manor College. Wilde: 'Many people thought I had gone mad when I started gardening, but they underestimated me'. Because without asking for it, her new hobby became a second successful career. As a celebrity Wilde was asked to work on the television programme 'Better Gardens', and after that she was offered a contract by the BBC to present 'Garden Invaders'. Inspired, she also wrote two books: 'Gardening with Children' and 'The First Time Gardener'. 'Look at nature' is her most important advice. Which flowers and plants grow in the wild? Within walls she makes a structured, studied version of that. She calls gardens 'little dreams of reality'.

By now, the enormous piece of land near her old barn has grown into an outrageous dream. She's planted young hazelnut trees, hornbeams and birch trees that are slowly turning into a wood. Around the house there's a garden that seems filled to the brim with many different plants, from ordinary ones to very exotic varieties. Kim is a fan of buxus: 'There's a strip of lavender beside the house, there is a lawn, lots of ornamental grasses, and a vegetable garden where she is often assisted by her children. About the vegetables she says: 'Start small, please. I was much too ambitious in the beginning, I started with an enormous vegetable garden. It was so much work that it frightened me.'

However busy Kim is with designing gardens, TV performances and concerts, her garden always offers her peace of mind. 'If you want to see real rock-'n-roll, you only have to look at plants. Are they coming up or not? And when they come up and start blooming, they are so spectacular that they take away your breath.' 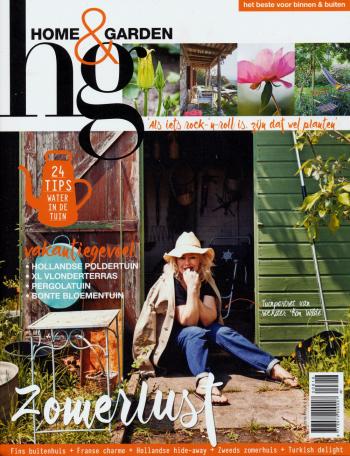 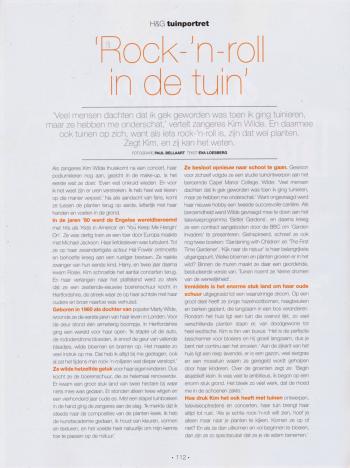 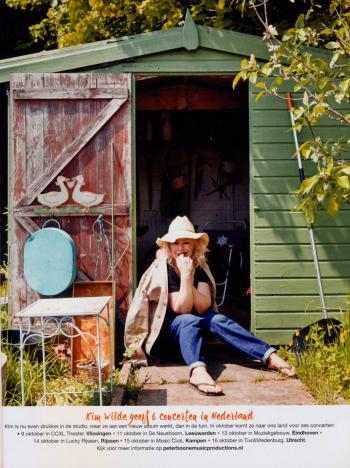 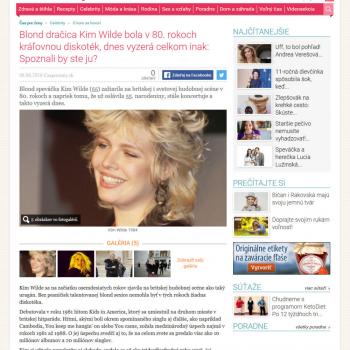 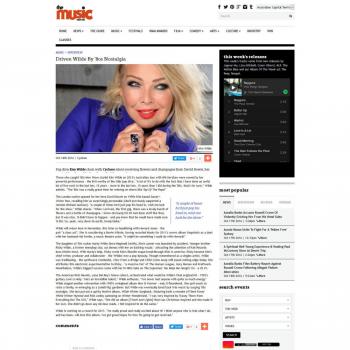 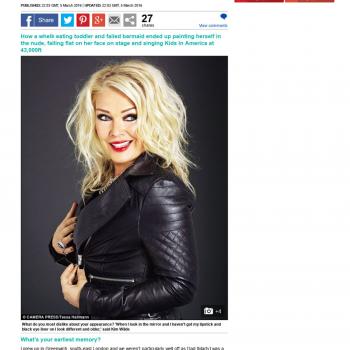 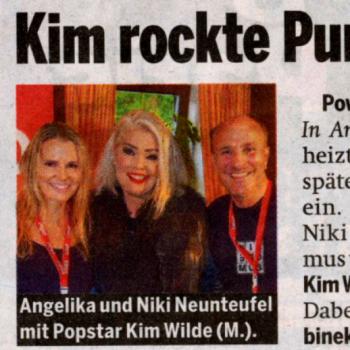 Kim Wilde dares to embrace the past 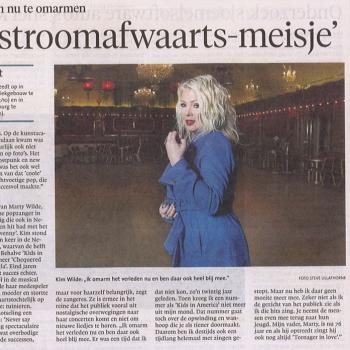