The Eighties were a great period to be young

When the British singer Kim Wilde debuted at 21 with 'Kids in America' in 1981 her music career was launched right away. This new wave song was a monsterhit in her own country and abroad. Also with her other songs, such as 'Cambodia', 'Chequered love', 'View from a bridge' and 'You came' she dominated the charts for years. The singer sold over 30 million albums and singles through the years. On November 9 the fans of Kim Wilde can experience some nostalgia at the Kursaal Oostende during her only concert in Belgium. Papillio had a talk with one of the style icons of the Eighties.

Kim, you debuted in 1981 with the hit 'Kids in America'. How do you look back at this period?
I felt privileged to be part of a fantastic period in pop. I was only twenty years when the Eighties started. The Eighties was a great period to be young in. I always wanted to have a music career. That's why I knew I was lucky.

In the beginning of your music career your father and brother wrote your songs. How did it feel to work with them?
My father was only twenty when I was born. He was around fourty when he started writing songs for me. He was in fact a bit of a good friend of mine. Before he wrote songs for me, he wrote a whole lot of other fantastic songs. It was very beautiful to have two writers that were so talented, giving me all those great songs.

Your parents were both artists too. Were you inspired by them?
Sure. My father is still performing. I really looked up to him when I was a child. He had a serious impact on the way I took on my music career. My father as well as my mum had a fantastic taste in music. They always played beautiful albums. They had a surprising record collection with music from different periods. They are the biggest influence in my life.

What were your musical inspirations during your career?
I started listening to pop music in the Sixties when I was a little girl. The Beatles were a big influence on me during that period. In the Seventies I loved the costumes, the humour, the fun and glamour of pop music. My favourite artists of all times is Todd Rundgren. He is very famous in the UK and the USA. His lyrics had the biggest impact on me as a songwriter.

In 1983 you received the BPI Award for best female singer. What did this mean to you during the rest of your career?
I don't know what it meant for the rest of my career, but at that moment it was a big honour. A career is based on more than awards, after all.

In 2006 you made a remake of the song 'Anyplace, anywhere, anytime' together with Nena. How did this idea come about?
Nena and me both had a history in the music business during the early Eighties. We performed in TV shows and were on the cover of magazines. I hadn't seen her for years. When she contacted me with the proposal to record this song, I was immediately enthusiastic. During the recording I had no idea it would become the big hit it became.

Between 1998 and 2005 you were primarily involved in gardening. You presented TV programmes and wrote a couploe of books. Were you already interested in gardening during the Eighties?
I always loved the outdoors. I grew up on the countryside. I loved gardens and plants. When my career started, I travelled around the world and couldn't be involved in it. I missed it until the end of the Eighties. I was busy finding a house where I could grow plants. I moved from London back to the countryside in order to be able to start gardening. I am still doing it. I am creatively involved with plants. It keeps me fit, too.

In 2006 you made a new version of the song 'You came' on the album 'Never say never'. How did it feel to be back in the music business?
It felt good to make an old song sound fresh again. I was a mum and the combination with a music career wasn't logical. Going back to my old job was slightly difficult, but it didn't take long to get back into the groove. Now I find the combination of being a mum, a gardener and a singer quite easy. One thing complements the other.

On the album 'Snapshots' you recorded cover versions of your favourite songs from the Sixties, Seventies, Eighties, Nineties and 2000, such as 'To France' by Mike Oldfield, 'Beautiful ones' by Suede, 'Wonderful life' by Black... Was it difficult to make a selection of these songs?
Yes. There are many songs I love, but that don't fit my voice. My daughter is a singer-songwriter. She sings a lot of songs that don't fit my voice. That's why you have to take care when choosing songs. It was a more intense process than it would seem.

In 2014 you made the album 'Wilde winter songbook'. Why did you make an album of Christmas songs?
I always wanted to make a Christmas album, because I love Christmas music. My favourite Christmas albums are 'Christmas' by Michael Bublé and 'Tinsel and Lights' by Tracey Thorn (the singer of the group Everything but the Girl). Christmas music brings so much happy and sad feelings about. I wanted to represent Christmas in all its moods.

During the 'Sound and Vision tour' by David Bowie and Michael Jackson's 'Bad tour' you were the support act. How do you look back on this period?
I felt privileged that I could participated in these tours, especially Michael Jackson's. I did 33 shows in 3 months time. Michael Jackson was at the height of his career. It meant a great boost for my career. Hearing the biggest hits from both artists was fantastic. They both departed much too soon. They have a brilliant oeuvre. We can be thankful for that.

Are you working on a new album at the moment?
Yes, there are plans to release an album in 2018.  There are also plans for a great Christmas project. Of course there is the tour in the Netherlands and the gig in Belgium which I'm looking forward to. We start the tour in Oostende. We'll bring a combination of the biggest hits in combination with some interesting cover versions. I'm looking forward to returning to Belgium, because I haven't been there for a while. The Belgian audience has always supported my career greatly.

Do you like modern music?
I do like the punk band The Slaves. I have seen them live a couple of months ago. They're brilliant.

What is your life's motto?
You don't have to be different to be good.

What are the most beautiful things in life to you?
My family, my dog, a sunny day, nature... all the things that make everyone happy.

With which song of yourself do you have the most emotional connection?
I wrote the song 'You came' together with my brother when his son was born. The song refers to the birth of a child. That song means more to me than the other songs. 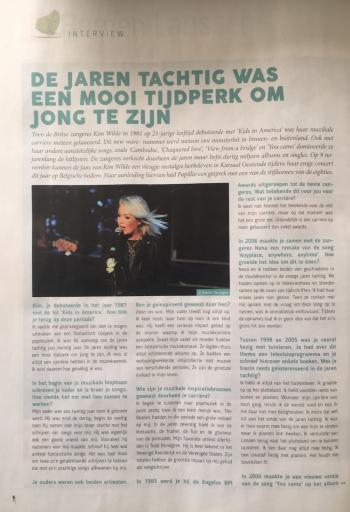 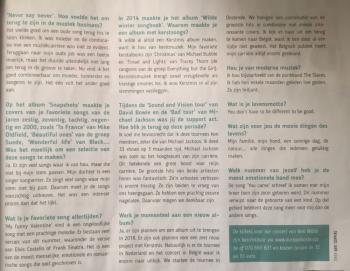 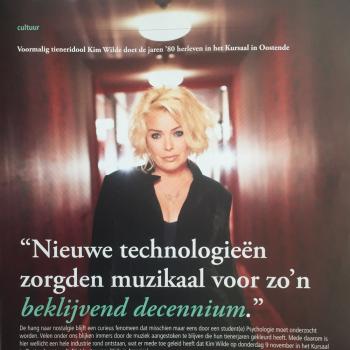 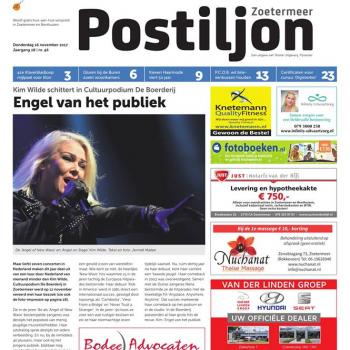 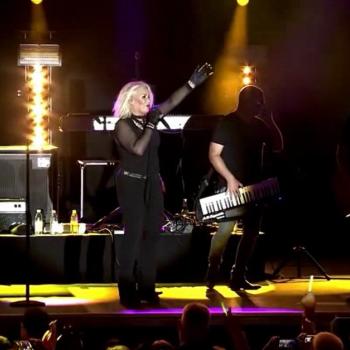 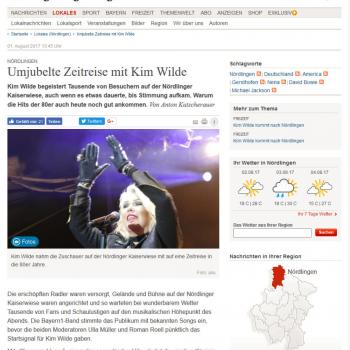 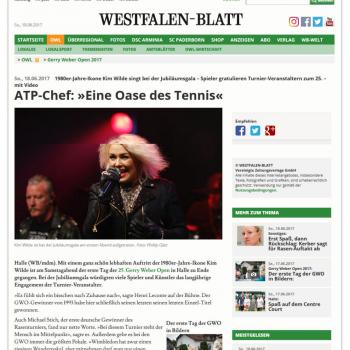