An interview with Kim Wilde

Kim Wilde burst onto the music scene in 1981 with her debut single "Kids in America", which reached number two in the UK. In 1983, she received the Brit Award for Best British Female solo artist. In 1986, she had a UK number two hit with her version of the Supremes' song "You Keep Me Hangin' On", which also went on to be a major UK hit, topping the charts there in 1987. Between 1981 and 1996, she had 25 singles reach the Top 50 of the UK singles chart. Her other hits include "Chequered Love" (1981), "You Came" (1988) and "Never Trust a Stranger" (1988). In 2003, she collaborated with Nena on the song "Anyplace, Anywhere, Anytime", which topped the Dutch charts. Worldwide, she has sold over 10 million albums and 20 million singles. Starting in 1998, while still active in music, she branched into an alternative career as a landscape gardener. Kim has announced her first UK headline tour in over 30 years, to coincide with her brand-new album "Here Come The Aliens", slated for release March 16th on Wildeflower records.

You've had a really interesting life as a pop singer, author, DJ and TV presenter. Growing up as the daughter of a successful rock and roll star father - Marty Wilde, did you ever imagine that you'd go on to sell 30 million records worldwide?
Ha-ha! After googling I discovered that I've sold around 20 million singles as well as 10 million albums, and to be honest I'm a bit gobsmacked! On the other hand I have been releasing records over many years along with my brother Ricky Wilde, always on a quest for the holy grail of Pop Music... a HIT, and fingers crossed we'll do it again with the new singles and album 'Here Come The Aliens'!

You've had a coveted USA Number 1 single, did you consider moving to the states?
I never considered moving to America, I love living in the UK - my family and friends mean more than any success I could have found over the pond!

You supported Michael Jackson on the BAD tour in 1988, what was he like?
He seemed very fragile and sweet when I met him briefly backstage for a photograph together, and also a lot taller than I imagined! On stage however he was as strong and agile as the strongest athlete and was at the top of his career. I feel very privileged to have performed on over 30 dates with him.

As you are now launching a new album and going on tour - for the first time in the UK in 30 years, will you miss your other career - an award winning gardener?
Gardening is still a big part of my life and also my husband Hal. We are very involved with a local volunteer community project called "Waste Not Want Not, Nurturing Plants and People" which recycles donated plants and provides a nursery style environment for all the community to get involved with and focuses on disadvantaged groups. It's a privilege to be a part of it.

What triggered your interest in horticulture?
Having children seems to have been the main trigger, as I wanted to make them a beautiful garden to grow up in. I enrolled at a local horticultural college 'Capel Manor' in Enfield, where my passion really got ignited, and the rest is history!

Do you cook?
I do cook and enjoy it a lot. My favourite ingredients are garlic, chilli and soy sauce but I have been known to bake the odd cake... emphasis on the word odd!

What's your favourite food?
I love spicy food especially Thai, but you can't beat the great British Sunday roast which my husband has perfected!

There has been a lot of coverage in the press about women in the entertainment industry being discriminated against, both sexually and financially, what's your view?
I think it is very positive that there is a big discussion about this, clearly inequality in any section of our society is unacceptable, and of course that goes for any kind of sexual harassment whether targeted at women or men.

Do you have a strict beauty regime?
Nothing strict! I exercise by walking our dog and doing some yoga. I eat fairly sensibly, but will always cave in to an all butter croissant! Recently I gave up alcohol for October and felt amazing so have now decided to stop drinking, my skin has never looked better!

Shoes, handbags or both?
Neither actually, I have only 2 handbags, and less than 10 pairs of shoes (not counting trainers).

If you could replay any five minutes of your life - excluding kids and marriage, what moment would it be?
I'd go back to the studio where Ricky, my Dad and I recorded Kids in America back in 1980 in Hertfordshire.

Was your new album 'Here come the Aliens' inspired by your UFO encounter?
In many ways my encounter with a UFO certainly did inspire me, especially the song 1969, the first track on the album. The incredible artwork for the album created by my niece Scarlett Wilde is also inspired by the UFO event, she has recreated the moment in a retro, comic book, sci-fi style!

We've heard that you may be a bit psychic?
My great grandmother on my father's side was extremely psychic and predicted my father's fame and the tragic early death of my grandfather. Certainly there is a feeling in the family that the psychic gene re-emerges from time to time.

Ever been starstruck?
Constantly! Recently I went to see the band 'Slaves' in London and sent them a tweet message congratulating them. You should have seen my face when they replied; I was like a teenager again showing off to my daughter and her friends!

Cheeky question, but you've done a number of duets with the likes of Rick Astley and Nik Kershaw, did you ever date any fellow musicians?
I had a few lovely dinner dates with Adam Ant at the height of our fame, he made sure there was chocolate mousse on the menu because he knew I liked it... what a gentleman!

Most embarrassing moment.
Probably being filmed drunk on a train one Christmas sporting antlers and singing 'Kids in America' with Ricky Wilde! There are over 2 million hits on YouTube of me rambling and slurring my way through a few songs, my daughter howls in laughter every time she watches it... which she does to tease me from time to time!!

What words of wisdom would you give to wannebe pop stars?
Focus on the song writing and the music first before anything else. Wanting the fame is OK but should never come before the music.

With a busy year ahead, did you make a New Year's resolution and have you broken it yet?
To start Yoga which I have done and I love it! 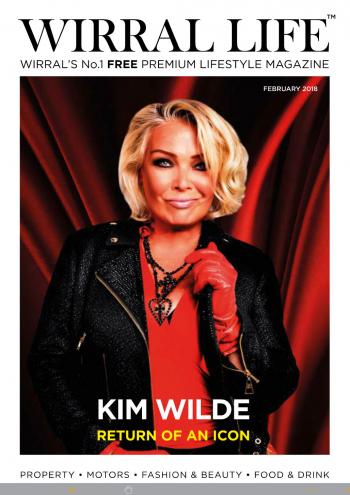 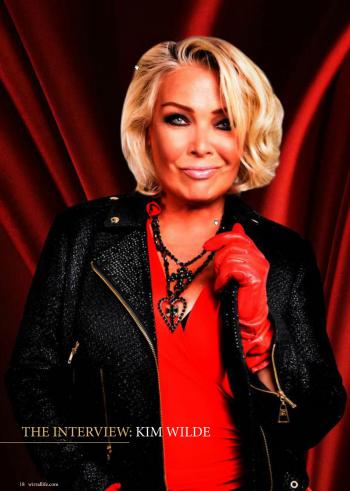 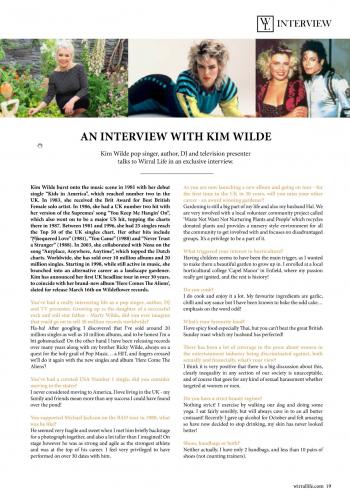 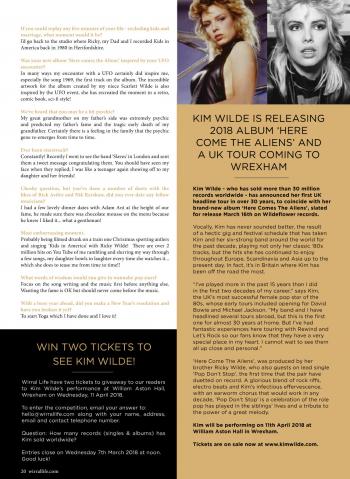 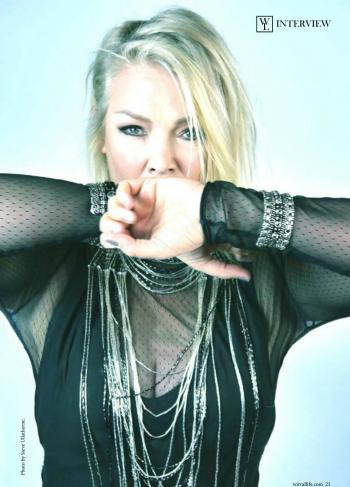