This is me with Michael Jackson, Pete Townshend and Paul McCartney at the British Phonographic Industry Awards. Today it's called the Brit Awards, but at that time, in 1983, it wasn't televised. It was very much an industry-insiders' event and if you'd asked anybody on the street, no one would have heard of it. I certainly hadn't, and when my record company told me there was an event at the Grosvenor House Hotel that I needed to go to, looking pretty smart, I had no idea what I was letting myself in for.

I went with my brother, Ricky Wilde, who produced and co-wrote most of my hit songs such as Kids in America and Chequered Love, and when we got there we could not believe our eyes. The place was littered with famous music people: Vince Clarke from Erasure, Kid Creole, Alison Moyet, the producers George Martin and Trevor Horn. Even Freddie Starr was there! We were gobsmacked, because I was still very new to the pop scene and although my dad is [the singer] Marty Wilde, we didn't grow up in a house where famous people were dropping in all the time. Billy Fury used to come round sometimes, but because we hadn't been around in the 1950s we really had no idea about Billy as a rock 'n' roll performer - he was just my dad's mate. I wasn't used to being around famous people at all, so when we got to the awards and sat at a table right next to Paul McCartney and his wife, Linda, I was very star-struck.

I remember holding Ricky's hand under the table when the nominations were read out. I didn't think I'd be in with a chance of winning, and when I heard my name announced as Best British Female Solo Artist, I stood up in a blur. My head was completely spinning with the whole thing. I remember Paul McCartney looking up at me from his table and saying in his Scouse accent, 'Well done, luv!' It didn't seem real.

I didn't get to speak much with anyone on the night. I think we were all a bit shy of each other, in truth. But this photograph turned out to be incredibly prophetic, because a few years later, in 1988, I did the Bad tour with Michael Jackson and that's when Close came out and became one of my most successful albums. That tour was a game-changer for me, in terms of my career and as a live performer, watching him at the height of his potency as an artist.

Then, in 1996, I was Mrs Walker in Pete Townshend's musical, Tommy, in the West End, and that's where I met my husband, Hal [Fowler], who was one of my co-stars. I'm quite superstitious about these things, and when I look at the photograph I think Paul McCartney is the only one who hasn't affected my life personally, although he has as a musician, for sure.

It makes me wonder if there's another part of the story yet to be told in which our paths will somehow cross. 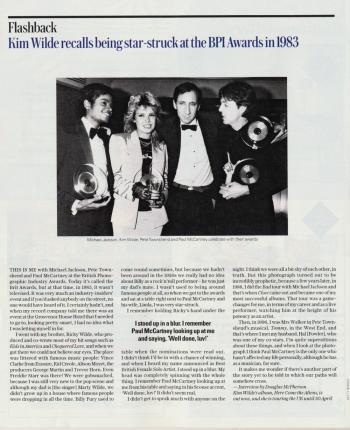 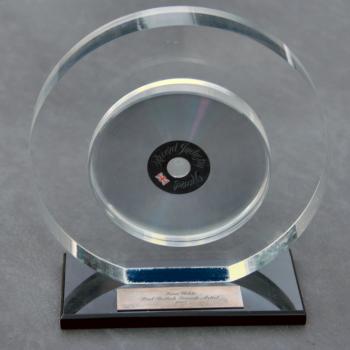 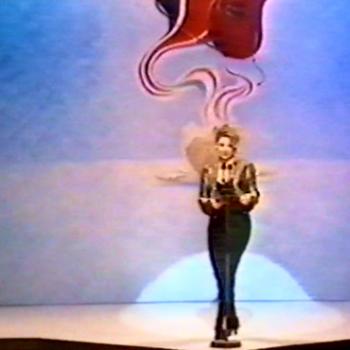 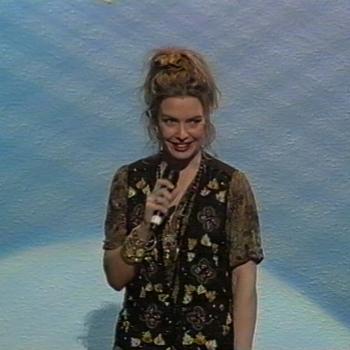 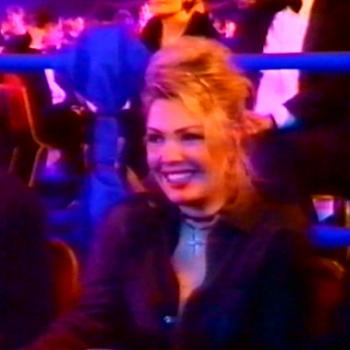 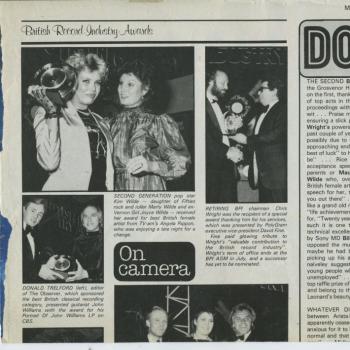