Kim Wilde did not stop in the Czech Republic with the last album 'Here Come The Aliens', but did with our Slovak neighbors. For supporters of popular Eighties music, the visit to her concert was almost an obligation. Thanks to devoted fans, Majestic club literally cracked at the seams during her performance.

On the third Saturday of October, Kim Wilde (Kim Smith) changed her performance at the Majestic Music Club in the Slovak capital into an almost two-hour space flight. Shortly after the 21st hour, this legendary British singer, dressed in costume reminiscent of the space suit, and her seven-member group (including two drummers) joined the stage at the Bratislava club. There they started the concert with the energetic piece 'Stereo Shot', which appears on the current fourteenth album 'Here Come The Aliens'.

Accompanied by great lighting effects and the sound of guitar and drum sounds, the live show continued with the hit 'Water On Glass' from the first album 'Kim Wilde' (1981) and 'Never Trust A Stranger' from her most successful album 'Close' (1988). The biggest show of excited audiences was the time-honored 'View From A Bridge', 'Chequered Love', 'Cambodia', 'You Came', 'You Keep Me Hangin 'On' and 'Kids In America'.

Some of the songs have been reworked, especially the song 'Cyber.Nation.War' from the new album has been remixed on the debut disc of a deluxe album called 'Return Of The Aliens', whose release on Friday the British singer did not forget to mention to her fans.

During the last stop of the current part of the tour, Wilde and her band were very energetic. The singer interrupted the concert with fairly humorous and dear speeches, introducing her team and taking flowers from front row fans who know she is also a devoted and successful gardener next to her musical career.

If we ignore her occasionally clumsy stage presence, but which is quite sympathetic, the concert has to be criticized for a moment, and it has caused a lot of noise, which has resulted in a difficult understanding of the otherwise sound sung performance of Kim Wilde and her accompanying singer, the niece Scarlett Wilde. Surely some other hits from the rich singer of the catalog could be heard (fans of the album 'Love Is' missed out), but their absence will forgive her this time. In other aspects, virtually nothing was missing from this cosmic spectacle. 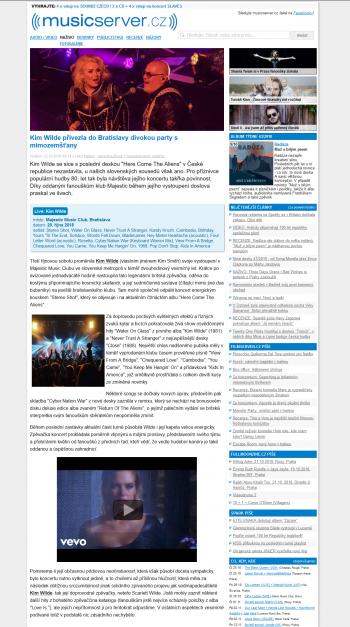 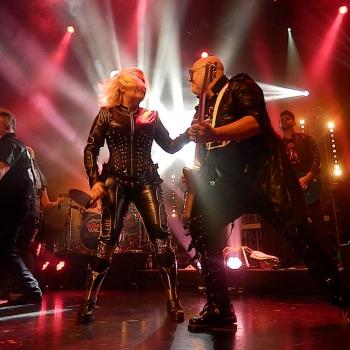 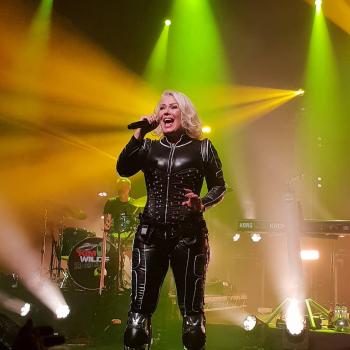